In his sermons, the spiritual father of St. Elisabeth Convent underlines the need for unity and harmony among our monastics and lay sisters, and among the Orthodox faithful in general. Was the Convent created with this sense of community in mind?

It just happened because the Convent was born out of the lay sisterhood. There was no written rule or formal decision to establish a Convent here. All there was, in the beginning, was a group of sisters of charity who were doing obediences at the mental clinic who eventually desired to live together as a community. Plans to establish a convent were not even on the table when the Church of Saint Elisabeth began to be built; nobody even thought of this. Yet, only a year later, the Convent's first monastics were tonsured in August of 1999. The day of this event is now celebrated as the Convent's birthday.

Every sister will certainly have moments of difficulty. Our weekly monastic meetings are a great source of help and encouragement for all of them. They create a sense of community and a unity of purpose, out of which salvation is born. Beyond the issues at hand, we must talk through all of our disputes, moods or grievances like members of a family. This is essential if we want to combat hypocrisy, resistance to change and harmful routines within our ranks. People may be saying “Forgive me”, “bless you”, all the time, but in truth, they may be full of hate for everyone around them.

The meetings of the sisters of charity have been taking place since the establishment of the sisterhood; monastic sisters have had regular meetings since the establishment of the Convent. Monastics attend both meetings. In addition, we have weekly meetings of the Council of the Convent. Meetings of the lay and monastic sisters are a chance to communicate and discuss the issues at hand, and to have an exchange of views and ideas. We see these meetings as an essential part of our life and an extension of our worship services. We see them as our gathering around the Cup.

The Convent has an active web-page, which features, along with other interesting content, the videos from the meetings in which the sisters discuss their progress towards becoming a part of our family. These accounts are relevant and enlightening to many.

Some years ago, the Convent's publishing centre put out a book titled Exploring Our Foundations and Lives -  a Conversation Among Modern-day Christians, with partial transcripts from our meetings between 2006 and 2011. In this book, our spiritual father, monastics and lay sisters share their experiences and insights into the spiritual life as they discuss questions that are of relevance to every Christian. Each narrative addresses the theme of unity, which, in the words of Archimandrite Sofronius (Sakharov), is the beginning of salvation.

Archimandrite Sophronius is deeply revered at the Convent. We gather in the name our Lord to remind ourselves of the great need to keep the unity. I do not know of any other way to remain accepting and understanding of one another. If you want others to hear and understand, speak up.

The hegumens and mothers superior of Orthodox monasteries meet regularly at conferences in Moscow, and they are always encouraged by its moderator, Bishop Theognost, to speak up and share their thoughts:  “Fathers, mothers, ask your questions, speak up!” Father Andrey does the same thing at our meetings when he asks: “Sisters, why are not you saying anything? Do not you have anything to share? ” 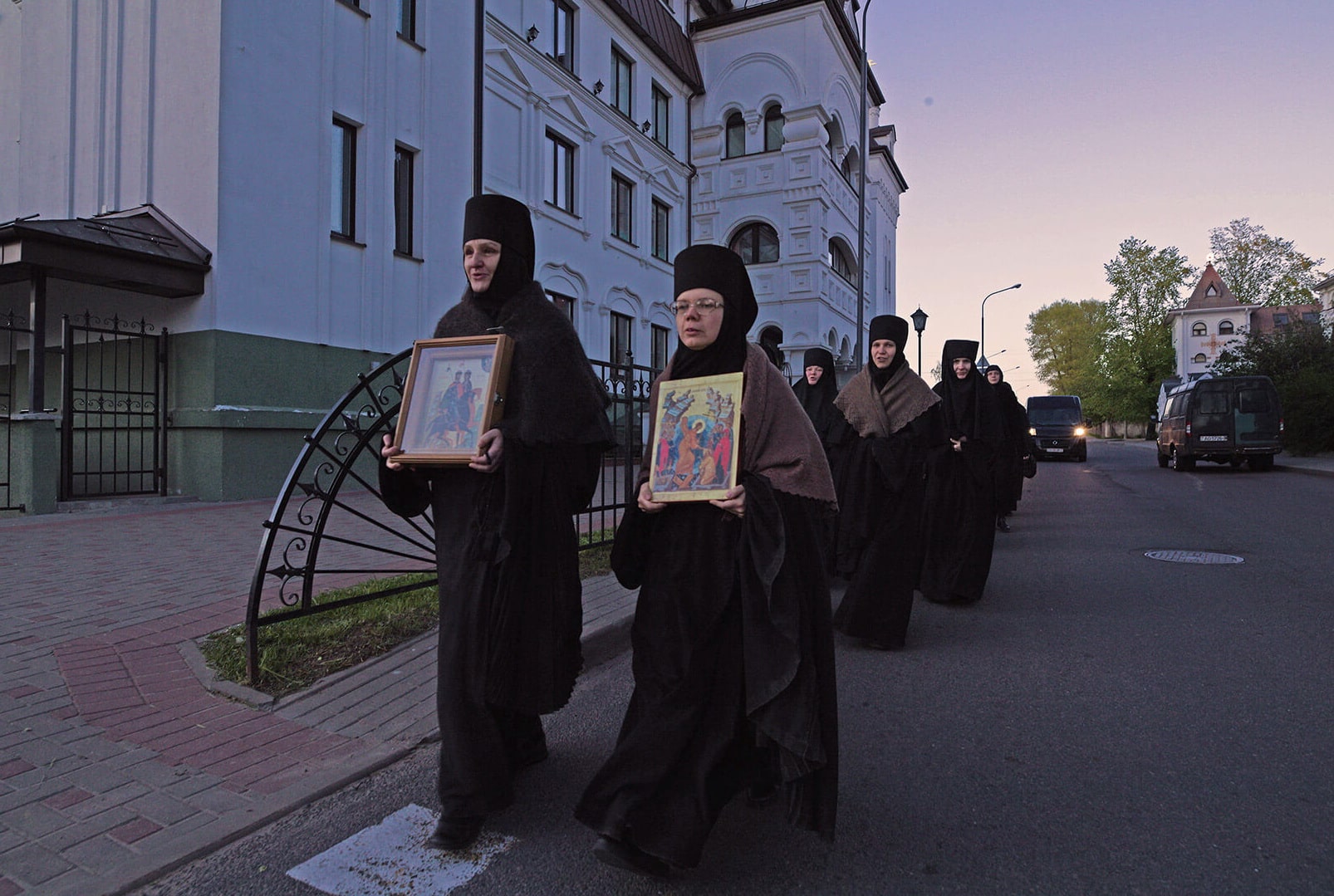 It is hardly any secret that disagreements between the Mother Superior and the spiritual father is a challenge for many monasteries. How can this be prevented? Who is responsible for avoiding conflicts?

One why people enjoy coming to us is our spiritual father. Another is that there are no disputes between him and the mother superior. The latter is very important. In fact, it is the most important thing. When both do not see eye to eye, divisions arise. Some will side with the Mother Superior, others with the spiritual father. This can become a real tragedy for monastics. Everyone is responsible for avoiding these situations, but the Mother Superior and the spiritual father have the greatest responsibility.

How would you describe the relationship between the spiritual father and the sisters?

Father Andrey can be reached at the Convent every day except Thursday. He does not spend nearly as much time with his family as he does with us. This is because, in addition to his own children, who are now adults, he has 111 spiritual children among the monastics. He is like a father to all of us.

As one of the sisters remarked in a conversation, Father Andrey has himself become like a monk.

He even has his own cell at the Convent. He celebrates worship services almost every day, hears confessions from every sister and large numbers of parishioners twice a week, and has meetings with the lay sisters, monastics and parishioners at the farmsteads.

Are the sisters free to approach you with their concerns?

By all means. We make every effort to deal with them in a simple way, like members of a family. At least this is our intention.

The Convent is also known for its work in arts, culture and education. The film cycle "parables" and the chants by the Convent's festive choir directed by Nun Juliania, senior precentor have become the Convent's flagship productions. What is your view of monastics who engage in art and artistic self-expression?

None of this would have happened if it were meaningless or futile. At the Convent, Nun Juliania is not being treated like a celebrity. We just recognise her for what she is. The documentary “The cenobite” had some negative reviews, but they were outnumbered by far by the positive ones.

Does she see the added publicity as an extra difficulty for herself as a monastic? The fame, the requests for an autograph... How hard is it for a monastic to be famous?

She certainly sees this as a hardship, and she says so at the meetings. I see it this way: it is possible to not do anything, just sit around in one's cell hiding away from the world and not be visible to anyone; however, this will not make you less proud, for it is possible to imagine yourself as a genius without any accomplishment. The less you do, the more you imagine. This is a sure way for the hidden vices - such as pride and vanity - to become visible.

One of the popular pieces by Nun Juliana (Denisova) titled “Just a few things one needs” lists a range of Christian virtues that can be summarised by just one notion - dying for the world. Could this be the true image of genuine monasticism in our time?

Possibly, yes. It all depends on the individual person and their response to the calling from God.

In our first conversation with Mother Euphrosyne, we asked her to tell us how she became Mother Superior of the Convent, to talk about the life…

In the second part of our interview series with Nun Euphrosyne, Mother Superior of St. Elisabeth Convent, we asked her to talk about her background…