Question: Why did Jesus have to die in order to save man?

Answer: The hardest, most painful and responsible phenomenon in our life is death. The world wasn’t created for dying and for people to bury their dead (Cf. Matthew 8: 22), but for people and other living creatures to live and rejoice. When sin entered this world and the man became mortal, only God was able to correct that mistake and defeat death. The man could not do it because his nature was corrupted by sin. That was why God became incarnate as a man and died for all of us.

In fact, God cannot die. The person who obeys God and fulfils his will by enduring suffering till the end will overcome death. That’s why the mystery of our salvation is fulfilled on the Cross. The Cross was the most terrible and deadly tool used for the execution of criminals. So Jesus bore our transgressions and liberated us from the curse of sin. This is why we say, I shall not die, but live, and declare the works of the LORD. (Ps. 118: 17).

Question: What do you mean by saying that Jesus took our sins upon himself?

Answer: The Lord’s human nature was without sin. He died for us on the Cross. He knew that He had to offer a sacrifice. The prototypes of the sacrifice at the Calvary in the Old Testament Church were lambs and doves, killed on the altar. The Lord took the guilt of the entire humankind because He could do so as our Creator, and He had the right to do so. He nailed the sins of the entire world to the Cross.

Things like these sometimes happen in our everyday lives, too: if someone is guilty and the other person takes his guilt upon himself, then the guilty person is released and the other person is punished instead. We know that Nun Maria (Skobtsova) went to a gas chamber during the war instead of a woman who had children. She died for the woman and her kids to remain alive. We know such cases from history. However, only Jesus Christ—only God—could redeem everyone and allow to choose between life and death. That’s what He did by dying on the Cross.

Question: How can a person who is unable to fully appreciate church worship and joy during his earthly life be able to appreciate it after he dies?

Answer: St Justin Martyr quoted God as saying, “In whatsoever things I shall take you, in these I shall judge you.” (Dialogue with Trypho, Chapter 47, cf. Matthew 24: 42). Right now, we see things as if through a dim glass. We can’t experience the depth and fullness of the spiritual realm but the small pieces that we can grasp really change our lives. Although we lose God’s grace time and time again, some grace is left inside our souls. It makes us hope that our souls, which have already tasted the grace and seen the love of God, will be able to contain everything the Lord has to reveal to them when they enter the eternal bliss.

There is a battle going on right now. Sin desensitises us and separates us from the most essential things. We keep losing that battle. We don’t know, we don’t see, we don’t hear… Notwithstanding this fact, if our souls move forward and do not want to stay in the darkness of sin; if we yearn for God, come to church and participate in worship; if we partake of the Blood and the Body of Christ — that’s when we may hope that we will ultimately be able to taste the delight of love, which the Lord has prepared for those who love him (See 1 Cor. 2: 9).

Should I Become a Therapist? 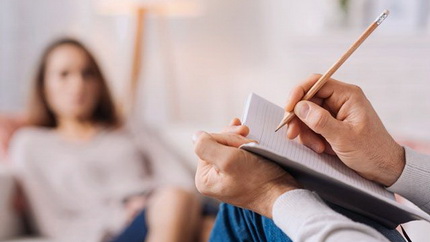 It depends on how you will treat people. If you resolve to help them; if you ask God to help the people who come to you and if you introduce them to the church and invite them to let God into their lives, then it will be great. 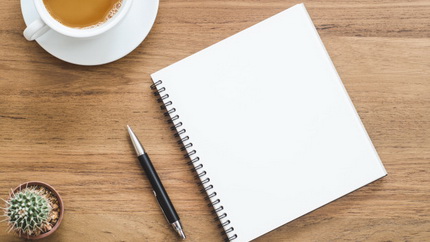