A Christian answer on the importance of faith for salvation

Can a good atheist inherit the Kingdom of God? 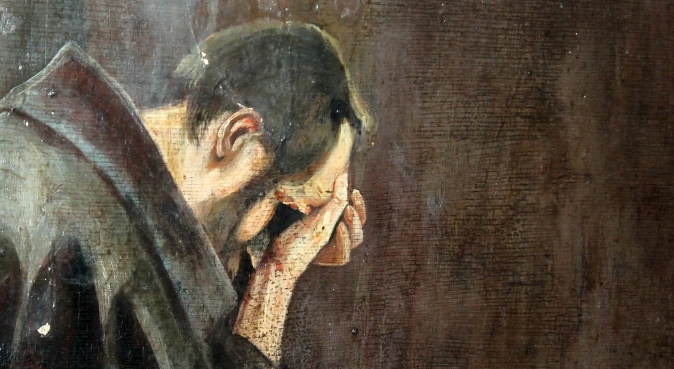 Imagine a lifetime sinner and evil-doer repents on his deathbed and obtains forgiveness of his sins. Also imagine an atheist, a kind and good-natured person who treats others well all his life and does good things. His sins are minuscule compared to the sins of the first person. A third person, a believer, has no time to confess before and leaves with his sins unforgiven. Which of these three deserves to inherit the Kingdom of God more than the others?

Forgiveness does not come automatically. We need to repent wholeheartedly to earn it. In the sacrament of the Confession, the penitent confesses his sins in the presence of a priest. The priest reads the prayer of forgiveness over him. But what meaning does this sacrament have for the penitent?

As Orthodox, we distinguish between the validity and potency of a sacrament. Validity is the visible side of a sacrament. For a sacrament to be valid, three conditions should be met. First, it must be administered by an ordained priest; it should be accompanied by a visible action or the application of some substance (such as holy water, or oil), and it must end with a prayer formula. However, a sacrament also has a subjective dimension, called potency. Potency is the action of the Divine Grace through the holy sacrament. The latter depends on the faith of the participant and their inner state.

To repent means more than name one’s sins to a priest. It is naïve to think that someone who has sinned all his life and done nothing but evil can always repent at the last moment. One needs to have a change of heart to be forgiven, but examples of such change are extremely rare. One of these rare occurrences is the repentance of the criminal crucified on his right. He was suffering unbearable pain, and he saw the innocent Christ dying next to him in the same bitter torment. He accepted his death on the cross as his just punishment and asked Christ to remember him in His Kingdom. He had a genuine change of heart. He turned to God, and continued his movement to Him after his death, becoming the first man to inherit the Kingdom of God. His repentance was genuine. An evil-doer in his lifetime, he achieved a transformation a few minutes before his death. He repented and found his way to God. As Jesus has said, there will be more rejoicing in heaven over one sinner who repents than over ninety-nine righteous persons who do not need to repent (Luke 15: 7). As Archpriest Dimitriy Smirnov used to say, repentant sinners go to heaven, and good people stay on the board of honour.

So who is worthier of the kingdom of God: a good atheist or an evil-doing believer who obtained forgiveness of his sins moments before his death? Both have the same problem: neither wants the Kingdom. The good atheist does not believe in it, and the believing sinner does not want to be there. Both would be uncomfortable there, they would not know why needed to be there, because they had not experienced it in their lifetimes. "Someone who had not experienced Christ during his lifetime on earth, will not see him over there,” said the Venerable Barsonuphius of Optina.

But for a believer in Christ who had done his best to live a good life, confessed his sins and repented in good faith, would it matter if he had his sins forgiven before his death when his whole life was a testimony of his faith and progress to God. To him, death is another milestone in this journey.

God our Saviour wants all people to be saved and to come to a knowledge of the truth (1 Tim. 2:4). Yet He will not draw anyone into His Kingdom by force. No one could be forced into this Kindom, for it is the direct opposite of worldly states with their machinery of violence and suppression. The Kingdom of God resembles a family, in which people relate to God and each other with love, warmth and closeness. One cannot inherit the Kingdom and deny the possibility of entering there. We either move towards Christ or away from Him. No one can serve two masters. Either you will hate the one and love the other, or you will be devoted to the one and despise the other (Luke 16:13). Even if our sins seem minuscule in comparison to the sins of others, they will still separate us from the Kingdom. As the Bible teachers, whoever can be trusted with very little can also be trusted with much, and whoever is dishonest with very little will also be dishonest with much. (Luke 16:10).

Remember: the way to His kingdom is open to all who desire it – the good atheist or the unholy Christian. There is no other way to inherit it but through Christ, for He is the way and the truth (John 14:6). To enter the Kingdom, an Atheist will have to reexamine his beliefs and the unholy Christian reconsider his life. Both can make the Kingdom of God a reality in their present life, not a thing of a distant future.