Sts. Cyril and Methodius and their contribution to Slavic literacy

Fathers of the Slavic language and literacy 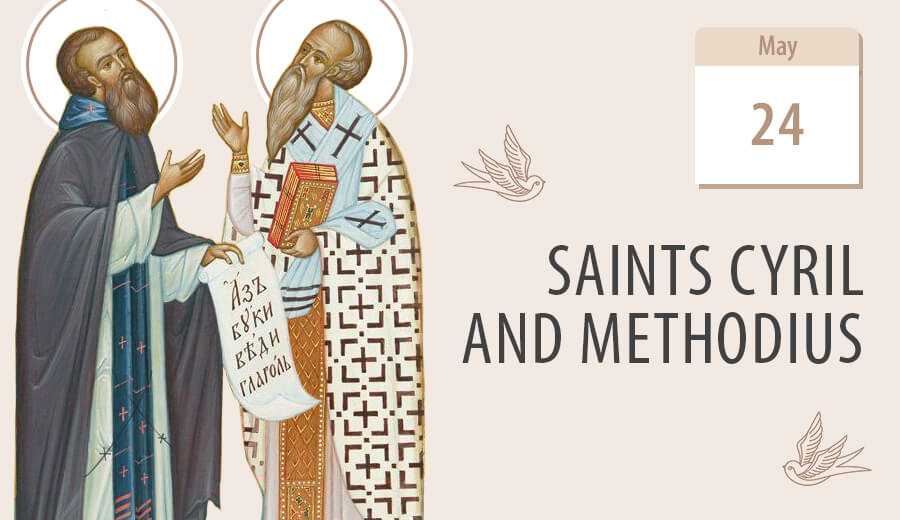 On 24 May, we commemorate Saints Cyril and Methodius, brothers and Slavs by descent, and exceptionally educated people of their time. From age fourteen, Saint Cyril grew up with the son of the Byzantine Emperor. Saint Cyril, well-versed in sciences, philosophy and religion, defended the Orthodox faith in disputes with iconoclasts and other heretics, and also Muslims.

In 867, Emperor Michael of Byzantine sent the saints to preach among the Hazaras, who inhabited the south of present-day Ukraine. The saints' efforts yielded fruit: the King and his subjects converted to Christ.

That same year, the brothers embarked on the project of their lives - the Church Slavonic language and its alphabet. It began with a visit to the Emperor from Prince Rostislav of Moravia, who was facing pressure from the German-speaking bishops to adopt Latin as the language of worship. To help Prince Rostislav, the emperor commissioned the saints to put together an alphabet and standardise the language of church worship among the Slavs. The Church Slavonic language - in which we worship today - is the fruit of their good works.

They laid the groundwork for the Slavic peoples' cultural and spiritual life. Church Slavonic is now a language of worship in Bulgaria, Serbia, Romania and Moldova. The masterpieces of early Russian literature, also written in Church Slavonic, set high standards for depth and greatness of thought for the rest of Europe.

The spectacular accomplishments of the saints deepened cultural contacts and exchanges among the Slavic peoples.

It would take volumes to give full credit to their deserts. But their contribution is self-evident. It is up to us not to lose appreciation for their achievements and keep their good work alive.