How can I stop these sins and repent?

How can I stop these sins and repent? 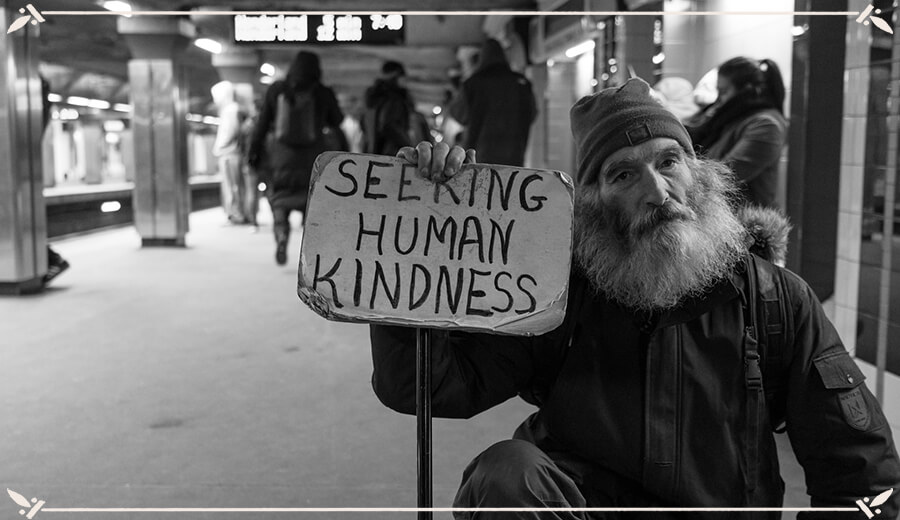 Question: I ask for your blessing, Father.  First I would like to thank you for all you do in serving the Lord and the example you have given us of edifying all your neighbours. Secondly, I wanted to ask you about an incident and how it can be resolved. A couple of weeks ago on my way back home after the Divine Liturgy a homeless man asked for money. He asked for a certain amount but I told him I could not give him that much as I did not have enough in my account. He kept imploring me to give the amount he asked for and I kept telling him I did not have it. However this was not true. I did not have it in my main account but did in another account and it would have been easy to transfer it and give him what he asked. However I stuck to my lie and did not give him what he asked. I was selfish and greedy with my money and was scared that I would not have enough for future expenses if I gave to him on that day. I lacked faith in God and forgot that it is Him who gives and takes away. I was greedy where I should have been generous. The money was given to me freely and I should have given it freely. Moreover, I knew that it was not to the homeless man I lied to but to Christ. It was not the homeless man I denied and refused to help but Christ. And I said to myself is this not Christ asking me but then completely forgot to see Christ in him when I wanted to keep my material possessions. I also saw many other homeless people at the same time who did not have food or drink and where I could have gotten it for them I did not. And so have denied Christ when He was hungry and thirsty. This has happened many times where I could have helped but did not. I always feel bad afterwards but forgot to show mercy in the moment. I want to confess these things but don't know how to tell my Parish Priest and am not yet fully an Orthodox Communicant so cannot be absolved. How can I stop these sins and repent?  Thank you for everything. Asking for your prayers, Father.

Answer: Take baptism sooner, not later. Your soul seems to be in great pain. Still, I am taking the liberty to give you some advice. I do not know about your town, but the people who beg for money at the shopping centre next to our convent spend it on alcohol. I am saying this because I know many of them personally from our farmstead. Some people give them money, and after a few days a few are found dead, others come down with a heart attack, and many have a tremor in their hands. But I am not generalising. Some people need food, not alcohol; they come to our Convent and we feed them. I do not know how things are in your land, but we also allow them to do some work and earn some money. One has to exercise some judgement in giving, as you see. Yet I am not saying that we should not give. When we give, we give to God. I see from what you write that you have a kind heart, you are not indifferent to the pain and suffering of others, and it gives me great joy. Do not let your soul grow callous. Taking baptism is very important in this regard; we must allow God's grace to act on us through baptism, by becoming a member of the Orthodox Church. It takes prayer to give well. As one wise elder said, "One must let our hand sweat and then look if someone needs our gift or not." In my thirteen years of experience as a guard at the Metropolitan Church in Minsk, I saw many people begging. Some of them were very good actors, many brought their small children along with them. But later, I found out that many were just using their children to lie more convincingly. I do not mean any evil here, and I would rather have them stop doing all that. I am only sharing with you my sad experience of many years. I met some of these people later at our farmstead, and they said to me, "Father, we lied to you. Please forgive us, but we needed the money.” We forgive them, of course. But we do know that many are genuinely in need, and we have to think carefully about how we can best help them. What would be best for them, in their situation? Recently, our sisters travelled to Moscow and saw a poster asking for donations for Mount Athos. Standing in front of it was a bunch of pious-looking men with prayer books. One of our sisters approached them to ask some questions. Through our connections on Mount Athos, we found out that they were lying. Our sisters called their bluff, but they told them to go away.  How sad! People thought they were donating for a good cause, but these men were just making money. In this world, we have to be careful about giving. We also had an incident at our convent. Two men came to stay with us. One posed as a priest and told us that he was on a mission from the Patriarch. He brought with him a man from Danilov Monastery. They collected many prayer notes and a sum of money. They confessed to us that they were travelling like that all over the place to make money. They did not look suspicious at all - they knew the scripture and said the right words. They were like actors, but their theatre is from the devil. But I did not mean to discourage you. Forgive me for my negativity.

What should someone do if they have lied to a Priest? 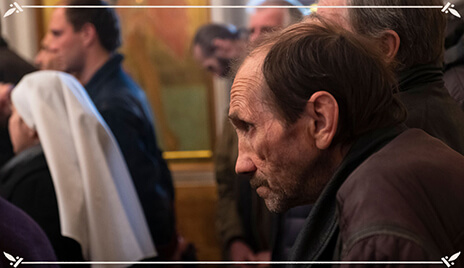 Are affirmations and positive thinking sinful? 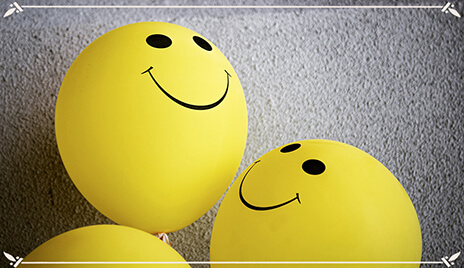