The story of schema-abbess Tamar, a new saint of the Georgian Church 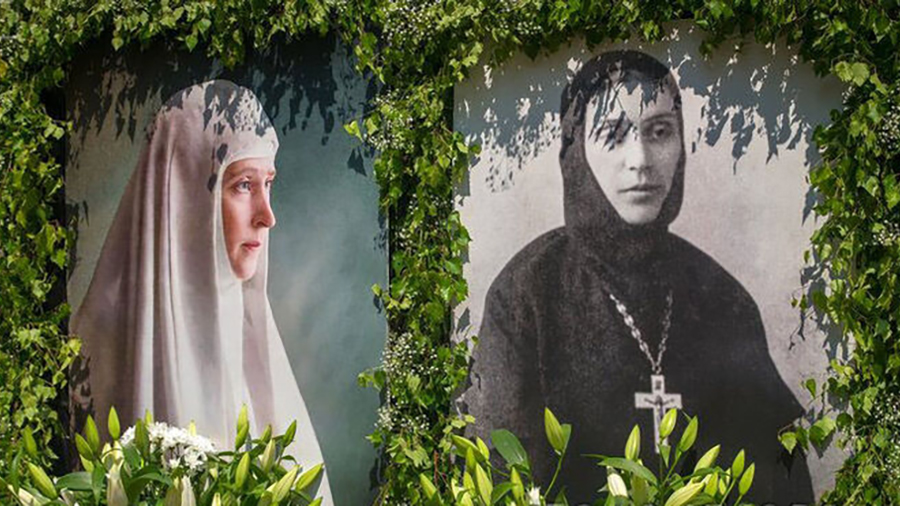 23 June is the feast day of a Georgian saint, the Holy Confessor Famari Mardzanova, depicted by the Russian painter Pavel Korin in his work "Russia Leaving".

Tamara Alexandrovna Mardzhanishvili (Mardzhanova) was born on 1 April 1868, into one of the most illustrious families in Georgia. Her father, Colonel Alexander Mardzhanishvili, and mother, Elisabeth born Princess Chavchavadze, were faithful Christians. They gave Tamara a brilliant secular education. Her brother Constantine became a famous actor, director and founder of Georgian theatre. Tamara, a gifted singer, was preparing to enter the St Petersburg Conservatoire.

At twenty years of age, Tamara lost her parents and inherited a large estate. She was rich and beautiful. Suitors from Georgia's most famous families offered her their hand in marriage. But the intervention of the Divine Providence changed the course of her life.

Once on a visit to her aunt in Signy, she learned about a recently opened Bodbe Monastery. She joined a group of young people on a sightseeing trip there. They arrived in the middle of a daily office. The Abbess was reading the canon at the choir stand, assisted by a group of monastic sisters. The rest of her company went outside, but Tamara stayed at the church.

A mysterious transformation occurred in her through the work of the Holy Spirit. She entered the church as a secular celebrity and left it as a monastic at heart. Words cannot describe what was going on in her heart. She was enthralled by the atmosphere of worship and the beauty of the church, but it was not the excitement of the service that drove her to become a monastic. God's will is never done in a passion, or on the spur of the moment. It is never the result of logical deliberations. The will of God enters the heart as a truth, from all doubt or questioning. Tamara found God's will in this way. She knew that monastic life was her calling, she was going to become a nun.

When the service was over, Tamara approached the abbess and shared her intention to join. Her fourteen-year-old nephew overheard the conversation. He ran outside and told Tamara's friends about it. They met her with mocking and derision. No one took her seriously.

But Tamara was serious in her decision to dedicate herself to following God. Realising this, all of her relatives went to great lengths to make her abandon her 'foolish' plan. They took her to theatres, concerts, balls, and social gatherings. Already a nun in her advanced years, she said this about these moments: "They would take me to a theatre, and I would hold a rosary in my hand hidden in a pocket."

Tamara joined a convent, despite the persuasion and pleas from her relatives. They persisted in their attempts to change her mind. For many years, they sent her letters enticing her to return home under the false pretence of attending to some urgent business. But their ploys were to no avail. Over her family's objections, Tamara joined a convent, tonsured as Juvenalia. Some sisters saw a white dove descend on her at her tonsure.

In 1902, the Exarch of the Georgian Church appointed Mother Juvenalia the Abbess of the Bodbe Monastery. To her, the years of her service as an abbess were the best time in her life. But revolutionary unrest reached her homeland Georgia. In 1905, a group of Georgian revolutionaries hostile to the Church approached Nun Juvenalia and threatened her with reprisals. They were angered by her monastery's work to help the peaceful Georgian peasants harassed by revolutionary-minded Georgian youth.

Red terror was brewing. Assassinations of political and religious figures began. On her way to Tiflis, her carriage came under fire from the Georgian revolutionaries. Her coachman, guard and all the horses were killed. The Mother Superior raised above her the icon of the Venerable Seraphim of Sarov, her most beloved saint, and cried out: "Venerable Father Seraphim, save us. Through the prayers of the elder, Mother Juvenalia and the nun who accompanied her remained alive.

Fearing for her life, her superiors appointed her as the prioress of the Parish of the Holy Protection at Saint Petersburg. She had not agreed to the move but saw in it a sign of God's providence for her. Through her transfer, she made friends with people whose names the faithful of the Church still repeat with great respect and awe. Many have been glorified as new martyrs and confessors of the Church.

Some of her closest and most cordial friends were the Holy Royal Martyr Elisabeth Fyodorovna Romanov, the Venerable Elders Alexey Zosimovsky and Gabriel Sedmiezersky, Elder Anatoly of Optina, Archimandrite Tovia, abbot of the Holy Trinity and Saint Sergius Lavra. All these friendships strengthened the young abbess in her faith and monastic life. Friendships with Bishop Arseny (Zhadanovsky), Abbot of Chudov Monastery in the Kremlin, and his brother in the spirit Archimandrite Seraphim (Zvezdinsky) were particularly influential. For several years, the Holy Righteous John of Kronstadt was her spiritual father.

In 1915, Bishop Areseny (Zhadanovsky) tonsured Abbess Juvenalia into the Great Schema with the name Tamar. The schema and hermitage were her long-held dreams. She wished to live in prayer under the protection of Saint Seraphim. Yet God had a different plan for her. The Mother of God appeared to her three times in her visions commanding her to establish the Serafimo-Znamensky skete in Bityagovo village outside Moscow.

Soon after her tonsure as schema-nun, she was praying before the icon of the Mother of God of the Sign asking her for Her intercession in her desire to retreat into a hermitage. In response, a sweet said to her: "No, you should establish a skete for yourself and others". At first, the schema-nun took it for a temptation - this commandment was at odds with her desire to live in solitude and prayer. She travelled to Zosimova Pistyn to seek spiritual advice from Father Alexey, a hermit. He heard her out and declared that she should follow the command of the Mother of God and build the skete. She received the same advice from elder Anatoly of Optina, and from the abbot of the Holy and Saint Sergius Lavra, Father Tovia. 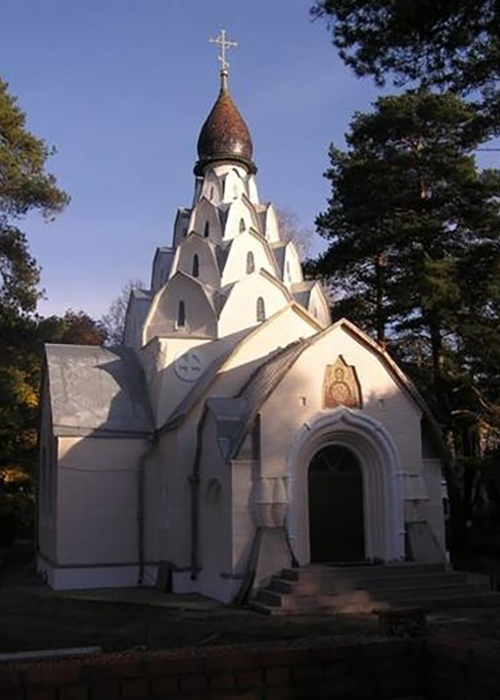 Out of obedience to the Mother of God, Mother Tamar established the Serafimo-Znamensky skete, closed down by the Bolsheviks in 1924 and re-established in 2011. After the skete's closure, Schema-nun Tamar moved with ten other nuns to Perkhushkovo village where they established a domestic monastery.

In 1931, she suffered arrest. The prisoners in her cell were charged with political and criminal offences. Yet her magnanimous spirit and generosity earned her the respect and goodwill of every prisoner. Everyone treated her with love and respect.

She was sentenced to exile in Siberia, which she served two hundred kilometres away from Irkutsk. She lived in a simple peasant hut, where she occupied a tiny space behind the furnace. The owner of the house and his son loved her very much. Long after the end of her exile, they still wrote to each other. Little Vanya, the homeowner's son, wrote: "I miss you a lot. I now have an accordion, and I wish that you could hear me play." After reading this letter, Mother Tamar remarked with a smile: "God had mercy on me!"

Like all other exiles, she had to visit the local commissariat two or three times a month to sign her papers. Initially, the Commissar treated her with harshness and hostility. But her look and spiritual resolve changed his attitude eventually. He softened up and conversed with her. When her exile ended and Tamar came for her last visit, the Commissar parted with her warmly and said he was sad that he would not see her again. He accompanied her to the porch and stood there watching her walk away.

In her old age, she suffered from lung disease. She returned from her exile in poor health. Her doctors diagnosed her with tuberculosis, which was sapping away her life energy. She died on 23 June 1936 and was buried at the Entrance of the Mother of God Cemetery in Moscow, not far from the grave of Father Alexei Mechev. With the blessing of Bishop Arsenii (Zhadanovsky), an epitaph was written on her tomb that said, "He that believes in Me will have everlasting life."

She was glorified by the Georgian Orthodox Church in 2016. Her relics, discovered in June 2018, were transferred to the Serafimo-Znamensky Skete that she had established, and have remained there to this day. 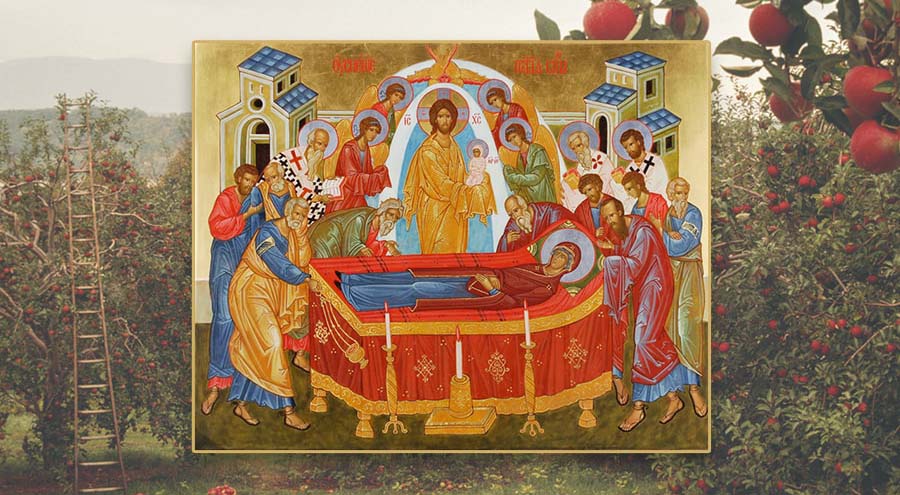 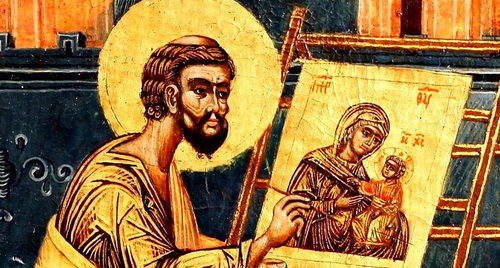 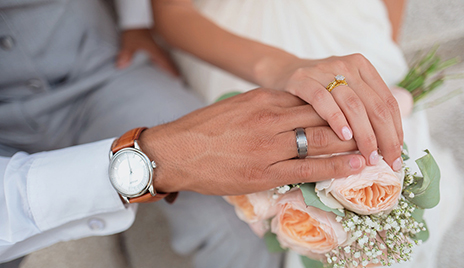 The Great and Holy Thursday: choosing Love or our deadly passion? 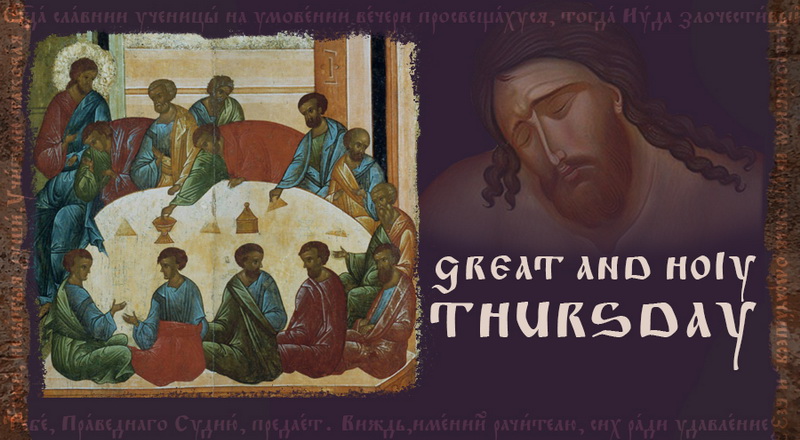 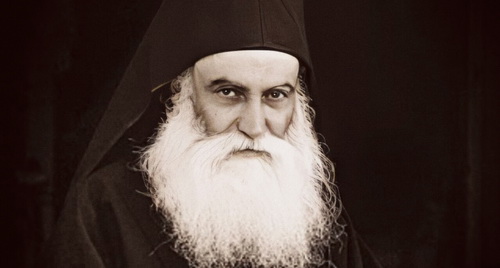