Martyr Agapius and 7 Other Martyrs: Suffering for Christ Voluntarily

Martyr Agapius and Others with Him: the Eight-Fold Choir of Martyrs 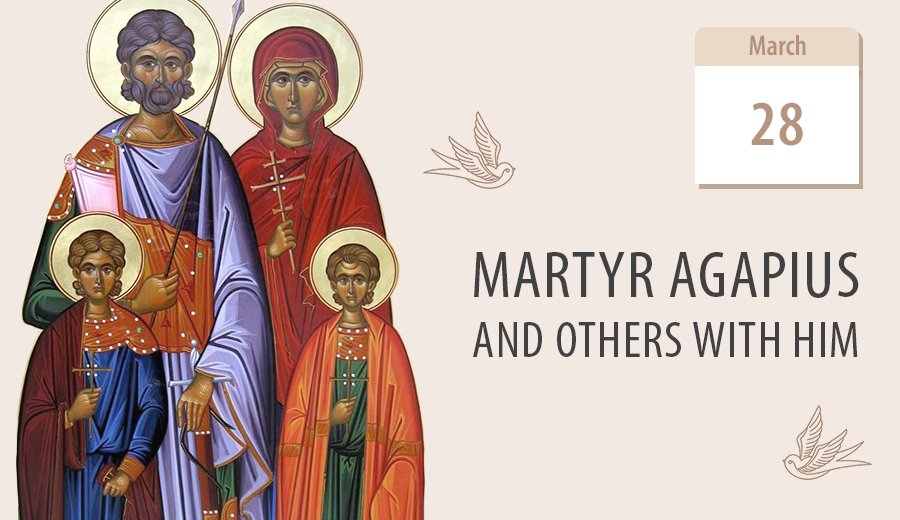 The Holy Martyr Agapius and seven other Christian martyrs suffered during the reign of the Roman Emperor Diocletian, a vicious persecutor of Christians. Six died at a young age, declaring themselves as Christians voluntarily. All endured brutal torture, two were torn apart by wild beasts, one was burned alive at the stake, the rest were beheaded.

The imperial authorities had decreed that refusal to worship the idols during Pagan festivals would be punishable by torture and death. Martyr Agapius and two other martyrs refused to engage in idolatry and were arrested by the authorities and executed. Six young Christians decided to follow their example and suffer for Christ voluntarily. To strengthen their resolve, they tied each others’ hands behind their backs, went to the governor and declared themselves believers in Christ. Baffled by their young age, the governor asked them to reconsider, but they were adamant. They were thrown in prison, tortured and beheaded.