He converted many by the example of his purity

Martyr Conon, destroyer of the power of ungodliness 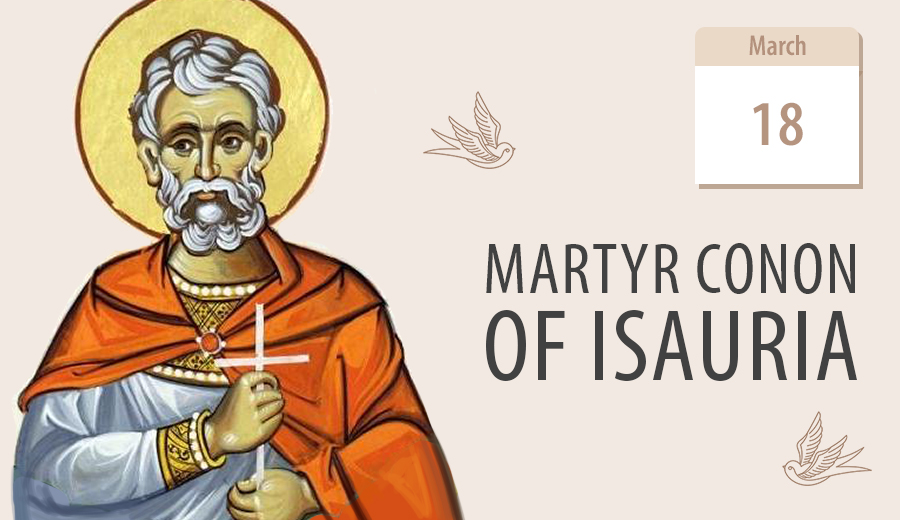 He was a contemporary of the Holy Apostles and, according to tradition, a disciple of Archangel Michael himself, who brought him to Christ and gave him baptism.

His parents arranged his marriage to a Pagan maiden named Anna. On their wedding night, he showed her a candle and asked which was better – light or darkness. Anna said light, and he explained to her the teaching of Christ and brought her to the faith, agreeing to live in celibacy. Likewise, he converted to Christ many other Pagans, including his parents.

He lost his parents and wife after a few years and dedicated himself entirely to fasting, prayer and conversation with God. He became known as a wonder-worker and could subordinate to his will even the evil spirits.

During the persecution of Christians, the governor of his province had him imprisoned and tortured. His captors beat him and stabbed him with knives. Yet he healed many sick with the blood that flowed from his wounds. Finally, a large crowd of Christians whom the saint had converted surrounded the governor’s palace and demanded his release. Frightened, the governor set him free. Saint Conon lived several more years and died in peace in his home.