Martyr Platon of Ancyra: A Life of Unyielding Loyalty to Christ

Martyr Platon of Ancyra: Shattering the Powerless Boldness of Demons 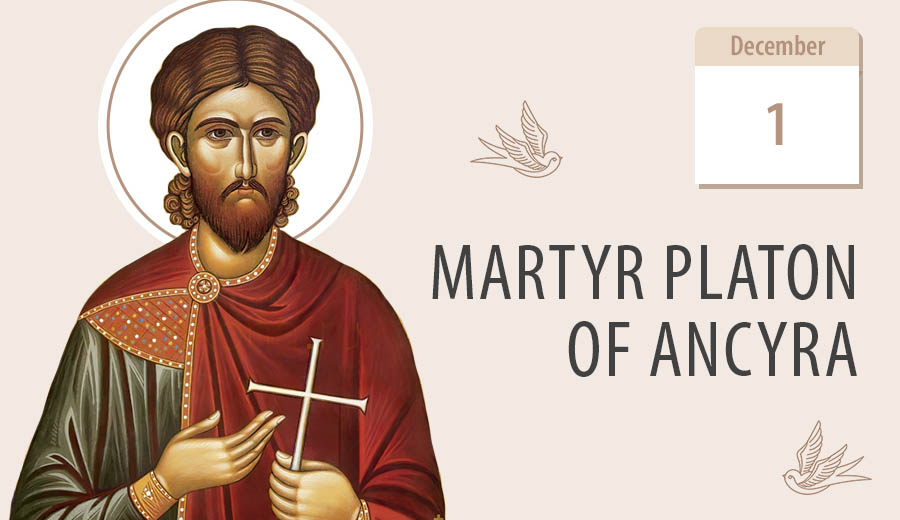 He was well versed in philosophy, but he did not exchange the ultimate truth of Christ for the worldly wisdom of the greatest thinkers. He could have married into the Roman nobility and led a comfortable, well-to-do life, in exchange for renouncing Christ. He stood with Christ to the end suffering bitter torments, to live with Him in eternity.

He left home as a youth and travelled from one city to another to preach the Word of God. He impressed his listeners with his lucidity, eloquence and mastery of Greek philosophy. At the time the preaching of Christianity was illegal, and he was apprehended and brought for trial at the temple of Zeus.

The judge used different tactics to bring Platon to renounce Christ and admit the greatness of the Pagan Gods. He tempted the youth with the prospect of becoming a great philosopher with a large following by reverting to Paganism. But the saint replied that philosophical wisdom was great but still limited because it could not embrace the ultimate wisdom and truth of Christ. Then the judge offered him a choice. He offered him to marry his niece, become an heir to his estate and build a career in the Roman administration if he agreed to bow to Zeus. If not, he would have him die at the hands of a torturer. The saint replied he preferred the eternal life with Christ to the comfort of his temporal life. This enraged the judge and the governor, who ordered the saint to be beaten and thrown into prison.

Seven days later, they had him brought back to trial. They displayed to him the instruments of torture – red-hot iron rods, sharp hooks and boiling cauldrons among much else. He was offered to admit the greatness of Zeus or feel these implements on his body. The saint refused, suffered brutal torture, and was thrown back into prison without food or water for eight days. When he again refused to worship Zeus after that time, he was beheaded.