He preferred martyrdom to worldly glory

Saint Ignatius, sharing in the ways of the Apostles 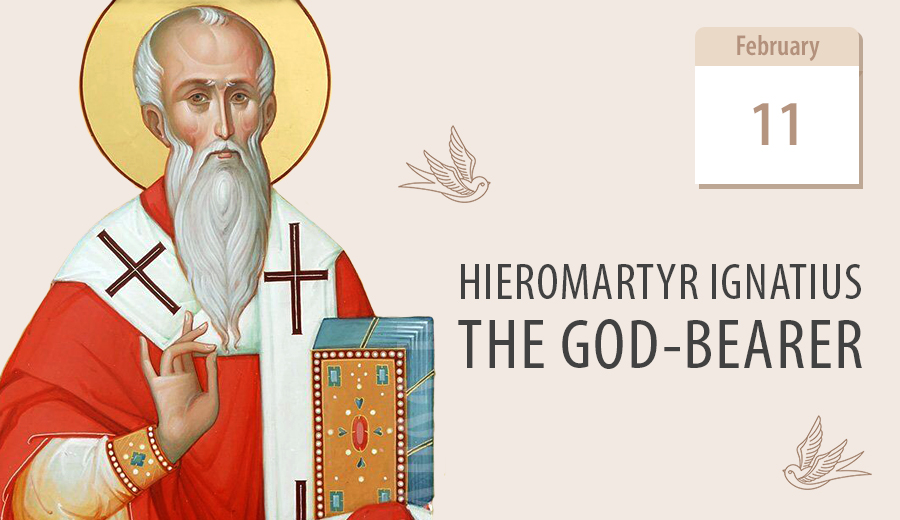 Saint Ignatius is called the God-bearer because his whole life was an example of living with God’s love and in obedience to Him. According to tradition, Jesus held him in His arms as He was explaining humility to His Apostles. “Whoever takes the lowly position of this child is the greatest in the kingdom of heaven,” Jesus was saying (Matthew 18:4). Later in his life, he became a pupil of Saint John the Theologian and followed the apostles.

He wrote many letters to the Christians strengthening them in their faith and was ordained as Bishop of Antioch. He is credited with introducing in liturgical practice the tradition of antiphonal singing - when two choirs chant liturgical hymns successively. According to Ignatius, the angels had suggested it to him in a vision.

The Church glorified Saint Ignatius as a martyr for Christ. Emperor Trajan of Rome was travelling through Antioch when he met Ignatius and had a conversation with him. He advised him to offer sacrifice to a Pagan idol and promised to make him a Roman senator. When promises of rewards failed, the emperor resorted to threats. Still, Ignatius was adamant.

Then Trajan ordered him to be put in chains and sent him to Rome accompanied by his ten most merciless soldiers. He directed that Saint Ignatius be put in a cage with ten hungry lions upon his arrival in Rome in front of multiple spectators.

Ignatius foresaw his martyrdom, and asked the faithful in Rome not to try to save him from his death: “and am ground by the teeth of the wild beasts, that I may be found to be the pure bread of God”. The faithful collected his bones and laid them to rest in Antioch. To this day, Ignatius has worked miracles from the other world to help those who turn to him in prayer.