The saint who advocated the faith amid widespread apostasy 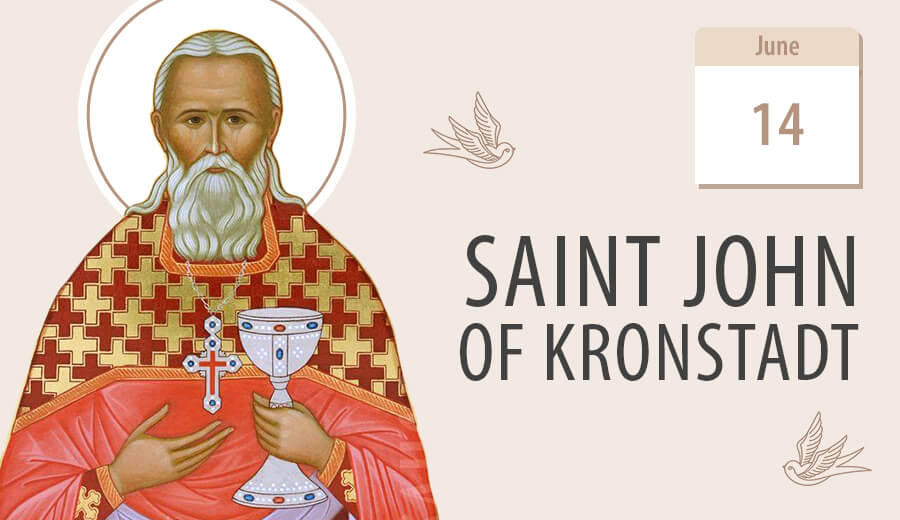 Saint John of Kronstadt (1829 – 1908) reaffirmed true faith at a time when the educated classes and large sections of the Russian society were distancing themselves from the Orthodox Church and moving on to look for the truth elsewhere. To many, he became an inspiring example of living in Christ. By being a model of forgiveness, humility and generosity, he projected God's love onto the world, helping many remain on the way to His kingdom.

He was born to a poor family in the far North of Russia. From the example of his pious parents, he learned the gift of prayer, which he shared so generously with others. When he was still a ten-year-old boy, many neighbours came to ask him to pray for them. They brought him their pains and troubles. The boy prayed with sincerity and compassion, relieving those in sorrow.

The power of faith and prayer helped him become a loving and compassionate pastor to his flock. His parents had managed to raise money to send him to a school affiliated with their church. But the boy was having difficulty studying; he read slowly and could not remember what his teachers taught him in class. Saint John remembered: “I fell to my knees and began to pray. Suddenly something shook my whole being. It was as if a veil had fallen from my eyes, and I remembered clearly my teacher and his lesson. I felt so light and joyous inside." Soon, he moved to the top of his class, finished school with excellence, and went on to study at the seminary and the theological academy in Saint Petersburg.

After his ordination, he went to serve as a priest in the city of Kronstadt. At the time, it was the government's policy to exile convicted criminals to this remote suburb of Saint Petersburg. It was an arduous service amid great need, lawlessness and poverty. He visited his flock in their shanty dwellings, staying with them for hours, praying with them and sharing their grief and joys. He treated everyone as his friend and relative. That way he showed everyone who despaired how the church was the best heavenly friend to all sincere Christians.

While giving spiritual guidance, he was always concerned about meeting the material needs of the poor. He bought food and medicines for the poor. Often, he would give them his clothing and boots and return home barefoot. Sometimes, the parishioners gave him new boots to replace the ones he had given away. That brought Saint John to the idea of establishing an organisation to help more people in need.

He was also concerned about reforming the teaching of the Gospel in secondary school to make religion more meaningful in their lives. “If children cannot listen to the Gospel, it is only because it is taught like with boredom and indifference. Such teaching forces students only to read words and memorize them instead of making them live in their lives,” lamented Saint John of Kronstadt. The key to his reform was to make the priests role models of the Christian life. "O priest, you are a representative of Christ the Lord Himself. You should be a model of meekness, purity, courage, perseverance, patience, and lofty spirit," he said in one of his addresses.

The Lord shed on him the gift of healing and miracle-working. There are more miracles attributed to him than to all other saints of the Russian Church, except perhaps Saint Nicholas the Wonderworker. Through his prayers, many sick have been healed, many desperate have acquired hope, and many sinners have repented.