A prisoner of war turned saint

Saint John the Russian: projecting God’s love on his enemies 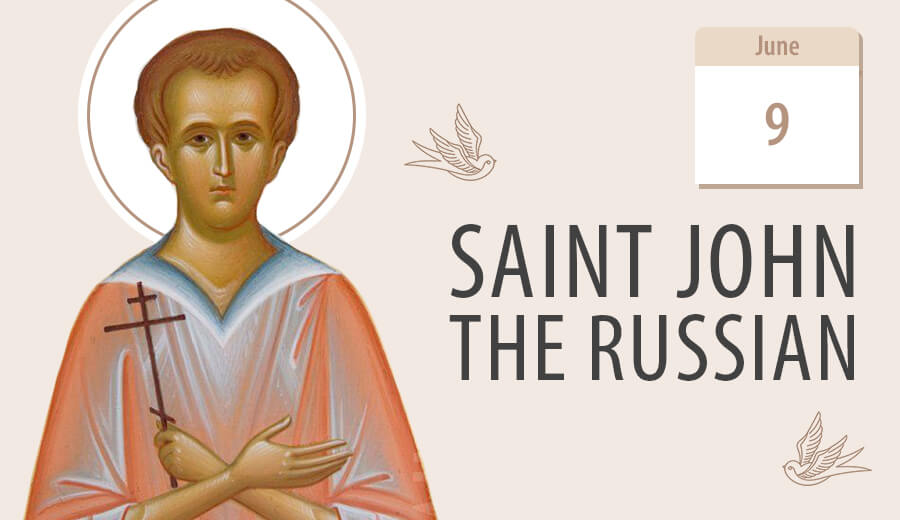 Today, we celebrate the memory of Saint John the Russian, a great martyr and miracle worker. He was only 20 when he was drafted into the Russian army and went to war with Turkey during the reign of the Russian Tsar Peter the Great. He was taken prisoner in a battle with the Turks.

A Turkish officer chose him as his slave to look after the cattle at his home near Prokopion in Asia Minor. Saint John was one of many Orthodox prisoners of war who refused to convert to Islam. The Turkish officer subjected Saint John to harsh treatment, depriving him of food and water. He also promised to free him and hire him as his servant if he converted. Yet despite the harsh treatment and pressure, John the Russian refused to apostatise.

He continued to serve his master in the cattle shed. He lived, slept and ate there. He worked all day shovelling manure from the shed, while praying incessantly to Jesus. Nothing could separate him from God's love. He had Christ in his heart, no matter what his tormentors would do to him.

The Lord endowed him with the gifts of His grace. Saint John rose early every Sunday to confess and commune in secret at the Greek church of Prokopion. Yet no one could reproach him for not performing his duties well: he was always obedient and did his job in good faith.

Furthermore, everyone in the household noticed that their lives and well-being improved with his coming. It happened through Saint John's prayer for his master and family. His master often saw him praying in the shed. Little by little, the Turkish officer found that his servant had the power to work miracles, that God heard his prayers, and that the God of the Christians was great. He asked Saint John the Russian to pray for himself, his Turkish friends and their families.

When John the Russian departed, dozens of Turks came to pay him their last respects and admire his piety, righteousness and loyalty to the Christian God. By projecting God's love on others, he enabled many people to discover Christ. His life showed the truth of the words of our Saviour: " let your light shine before others, that they may see your good deeds and glorify your Father in heaven." (Matthew 5, 16).