Saint Maximus the Confessor, lover of the Trinity and the faith 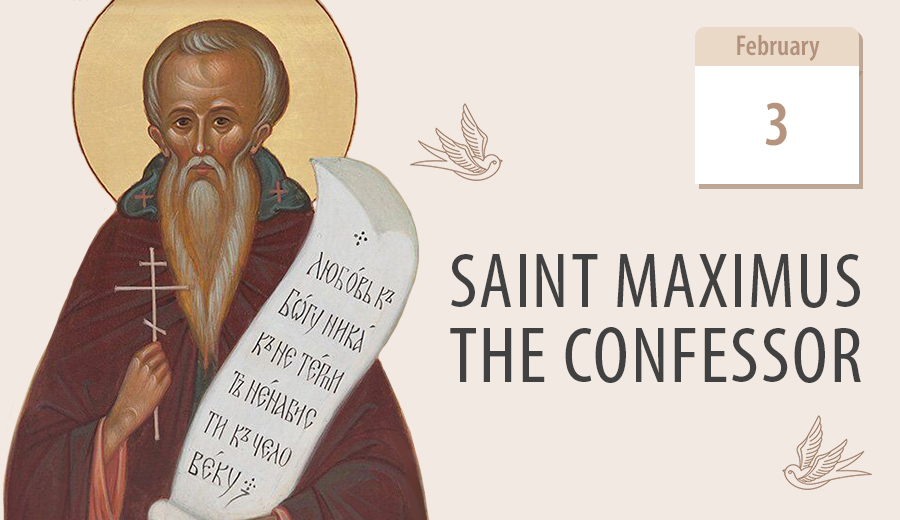 One of the best-educated people of his time, a high-ranking civil servant in good standing and with brilliant career prospects, he renounced a life of luxury and worldly dignity to uphold the truth of God. He took monastic tonsure and led a life of humility and piety, defending the church doctrine against attacks from the heretics. In so doing, he earned himself the wrath of emperors and patriarchs, suffered brutal torments and died in exile.

In Byzantine, where he was born and lived, theology was among the most popular subjects for debate in kitchens, markets and the streets. One prominent controversy debated in his time related to who Christ was. The Aryan heresy that denied Christ's divinity had just been condemned by the Council of Nicea as slander on the Holy Trinity. Yet the heresy of Monothelitism was gaining influence on people's minds.

Monothelites asserted that Christ had only the divine will and energy, but not the human ones. The controversy was causing divisions in the church. By the mid-seventh century, three Eastern Patriarchs were adherents of heresy. Monothelitism also had strong political support - the Byzantine emperors Heraclius (611- 641) and Constans II (642-668) were also Monothelites.

Maximus was born in Constantinople to an illustrious family and entered civil service during the reign of Emperor Heraclius. He quickly rose to first secretary and councillor to the emperor. He earned the emperor's respect for his piety and wisdom. However, he quit the civil service abruptly and became a monk when he saw the ruling circles of the empire corrupted by Monothelitism.

As a monk, he preached the true faith to the clergy and laity, and convinced many to repudiate the false teachings by the sheer power of his "invisible attraction". To counter the threat of political turmoil, the civil authorities in Constantinople promulgated a decree ordering all faithful to accept the "one will, but two natures" position on Christ as a compromise. That made St. Maximus's ministry in Constantinople exceedingly difficult. He left to preach the truth in Crete and North Africa, before finally reaching Rome where he convinced Pope Martin to convene the Lateran Council. Attending the council, Maximus presented a convincing refutation of Monothelitism, and the false teaching was anathematised.

At the news about the council, Emperor Constans of Constantinople ordered the arrest of Pope Martin and Saint Maximus. Saint Maximus was captured and had his tongue removed and his right arm cut off to prevent him from preaching. He was sent to exile to present-day Georgia, where he died soon after his arrival. Decades later, in 681, the Council of Constantinople vindicated the saint's teaching on Christ, confessing that Christ has two wills and natures, divine and human, that exist without blending, division or separation.

With his great feat and sacrifice, Saint Maximus teaches us that deviation from church doctrine matters for how we live as Christians and how we practise our faith. In our time of confusion, we pray that we can have in our time theologians of his calibre who can guard us against false teachings and explain to us the mysteries of Christ.