Responding to Slander with Virtue and Humility

He dedicated his life to the Lord and His exaltation, and he earned himself glory in Him. In his lifetime and beyond, he worked multiple miracles. More Orthodox churches bear his name than any other modern saint. He is remembered for his great modesty and humility, and also for the grace and forgiveness with which he reacted to false accusations of career ambitions.

Coming from a poor Greek family, he had a great thirst for knowledge. With much hardship, he finished school in Constantinople and took tonsure on Cios in 1876. In recognition of his piety and virtue, he was elected a year later Metropolitan of Pentapolis in Egypt. Despite his rapid growth in rank, he remained as modest as before; however, some members of the clergy were jealous and managed to convince the Patriarch that Nectarios was plotting to take his place. The Patriarch deposed him in 1890 and commanded him to leave Egypt later that year.

Nectarios returned to Greece. However, rumours had followed him from Egypt, and he could not find himself a position for a long time, and therefore had no means of support. Finally, he received the offer of a low-ranking position of a preacher, which he took with enthusiasm despite being a bishop. Even there, rumours did not subside, and the hostility of some of the parishioners forced him to resign. Yet there was nothing in the character or manner of Nectarios to support the rumours, causing many people to realize that they were wrong. Through their influence, he was appointed Director of a seminary in Athens, where he served until his retirement at the monastery of Aegina.

He had a great gift of spiritual direction, and many people from Athens and elsewhere came to him for advice. He had gathered a community of nuns, which eventually grew to thirty people. To them, he used to say, “I am building a lighthouse for you, and God shall put a light in it that will shine forth to the world. Many will see this light and come to Aegina.” 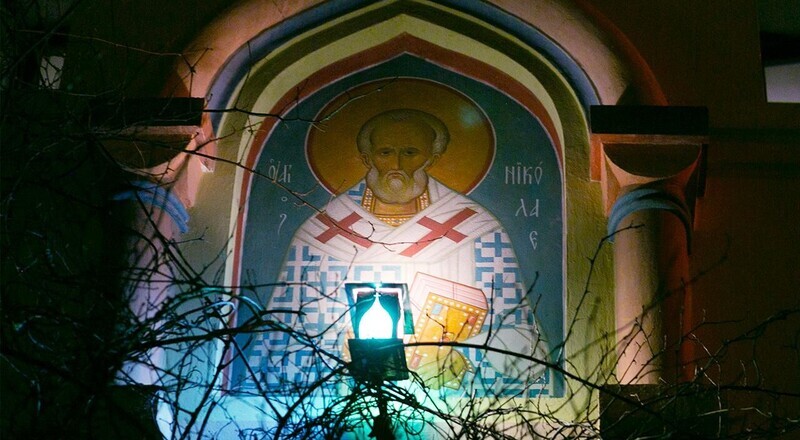 December 19, the memorial day of St. Nicholas the Wonderworker, Archbishop of Myra, is a patronal feast in our convent. St. Nicholas (Velimirović) of Serbia has left us an instructive message dedicated to this great saint.