A general of the Roman army who chose loyalty to Christ

Saint Theodore Stratelates, outstanding general for the King of Heaven 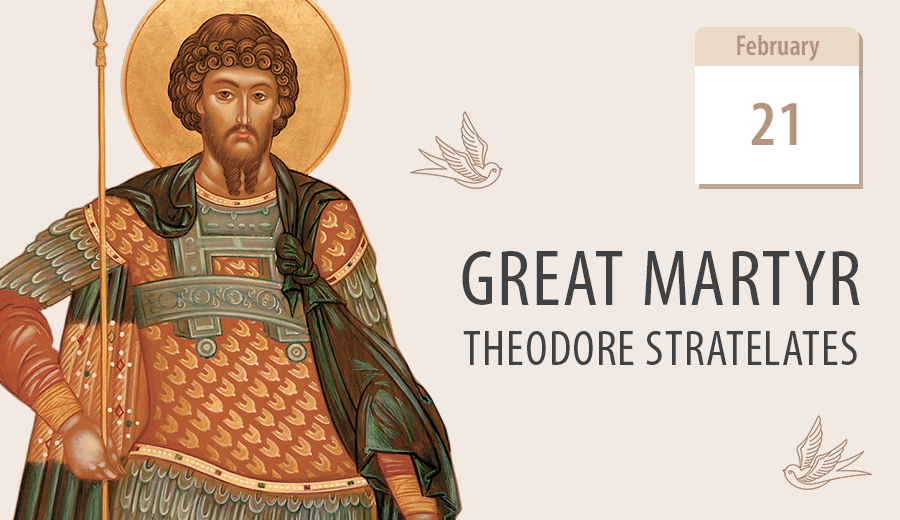 The Great Martyr Theodore put his faith in Christ above his career, worldly fame and riches and endured great pain and torments to remain loyal to Him. He was a beloved commander in the army of the Roman Emperor Licinius.

Word had reached the emperor that his commander was a Christian. He travelled to meet him personally, hoping to manipulate him into worshipping the Pagan idols, this renouncing his faith in Christ. According to tradition, the emperor approached him in public and offered to make a sacrifice to the edifices of gold and silver together before his subordinates. The saint asked the emperor to first bring the idols to his house. Licinius agreed, thinking that all was going according to his plan. When they delivered the idols, Theodore broke them and gave away the silver and gold pieces of the idols to the poor.

He proudly admitted to Licinius that he was Christian and had destroyed the Pagan statues. Furious, Licinius ordered him to be crucified, the execution reserved for slaves and for the worst of crimes. On the cross, he was mutilated, and arrows were shot at him. A day later, he was found alive and fully healed. Seeing this, many other people converted to Christianity. Licinius had Theodore beheaded, about the year 320.