Companions and disciples of St. Paul

Saints Archippus, Philemon, Apphia, followers of the way of holiness 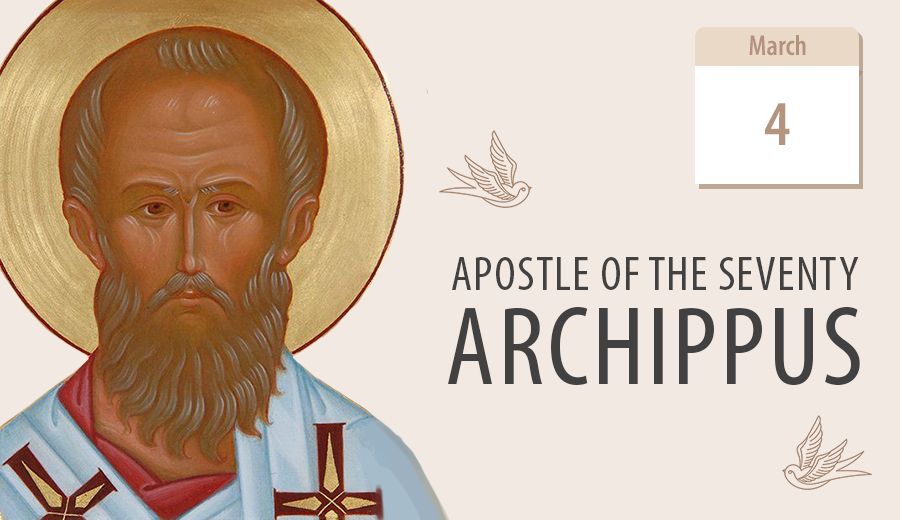 Saints Archippus, Philemon and Apphia, Apostles of the Seventy, were disciples of Apostle Paul. Saint Paul names St. Archippus as his companion in his Epistle to the Colossians (Col. 4:17).

They performed their ministries in the city of Colossae, in Phrygia. Saint Archippus was the bishop, Saint Philemon, a renowned citizen who let Christians gather in his home for worship. Eventually, Paul consecrated him as bishop and later as the archpastor of Gaza. Saint Apphia, Philemon’s wife, gave refuge to the sick and homeless in their family home and helped her husband preach the word of God.

During the reign of the emperor Nero (54-68), the Archippus, Philemon and Apphia proclaimed themselves as Christians, stood trial and were meted out brutal penalties. Saint Archippus was slashed with knives. Saints Philemon and Apphia were buried alive up to the waist and stoned to death.