Six Apostles of the Seventy – Disciples of Saint Paul

Six Apostles of the Seventy – Destroyers of the Works of Idolatry 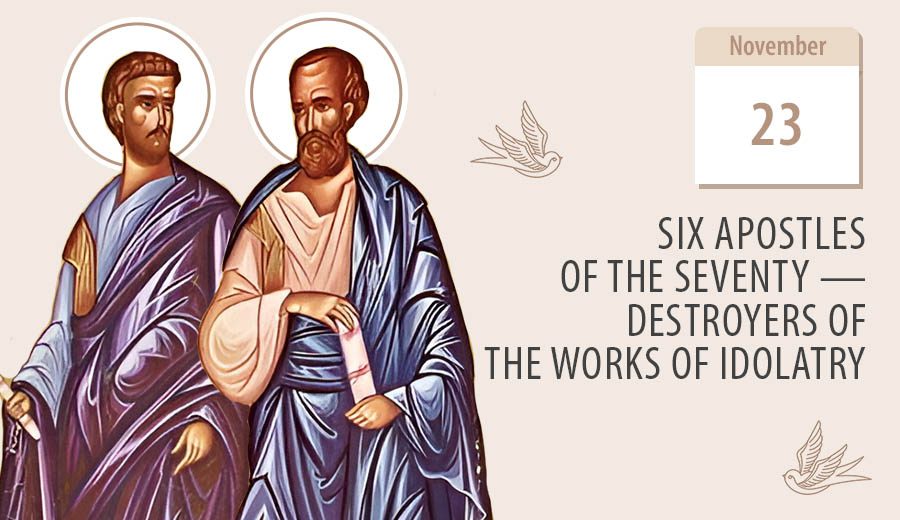 Disciples of Saint Paul, the first-century Apostles of the Seventy - Erastus, Olympas, Herodion, Sosipater, Quartus, and Tertius - were named in Chapter 16 of his epistle to the Romans. Apostles Olympas and Herodion followed the tragic fate of Saint Peter, dying as martyrs under Emperor Nero in 54. The others served as bishops and departed in peace. For example, Apostle Quartus is credited with converting the majority of the residents of Beirut where he was bishop.