A steadfast defender of the faith from the Monophysite heresy

St. Leo the Great, the inspired glory of true believers 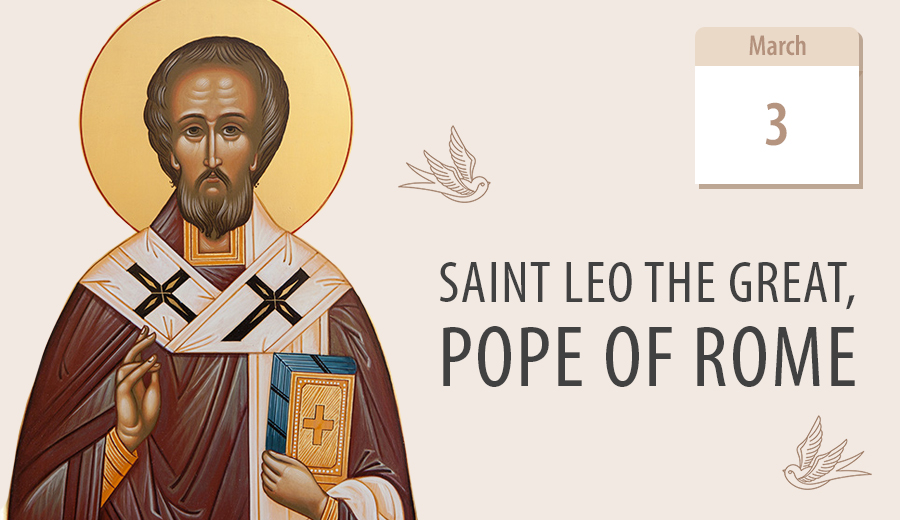 In secular history, he went on record as the tamer of Attila the Hun, a ruthless warrior, a Barbarian who had razed many Roman cities. In the mid-fifth century, Attila brought his armies to Rome and was ready to rampage the city. Saint Leo met him at the gate in his vestments and convinced him to go away. For a reason unknown to modern historians, the ruthless Attila listened and led away all his troops.

In Church history, we know him as a steadfast defender of the true faith against the false teachings of the Monophysites. Its adherents claimed God had only one nature and one will. He refuted this heresy in his famous work called the Tome of Leo and his argument was confirmed after his death at the Ecumenical Council of Chalcedon that rejected the Monophysite doctrine.

He wrote his refutation in response to a treatise by Archimandrite Euchetes of Constantinople as an epistle to Saint Flavian. In it, he affirmed the Orthodox teaching on two natures of Christ and counseled Flavian that Euchetes could be accepted back into communion if he repented and admitted his error. He was expected to present his argument at the Council of Ephesus in 449, but was prevented from doing so. Dioscorus, the Bishop of Alexandria, presided over the Council. A supporter of the heresy, he intimidated his opponents with military might. Further, he accepted Euchetes into communion uncanonically, over the objections of Pope Leo. Yet Saint Leo was unafraid, and his true teaching was finally affirmed in the doctrine of the Church, almost two centuries after his death.