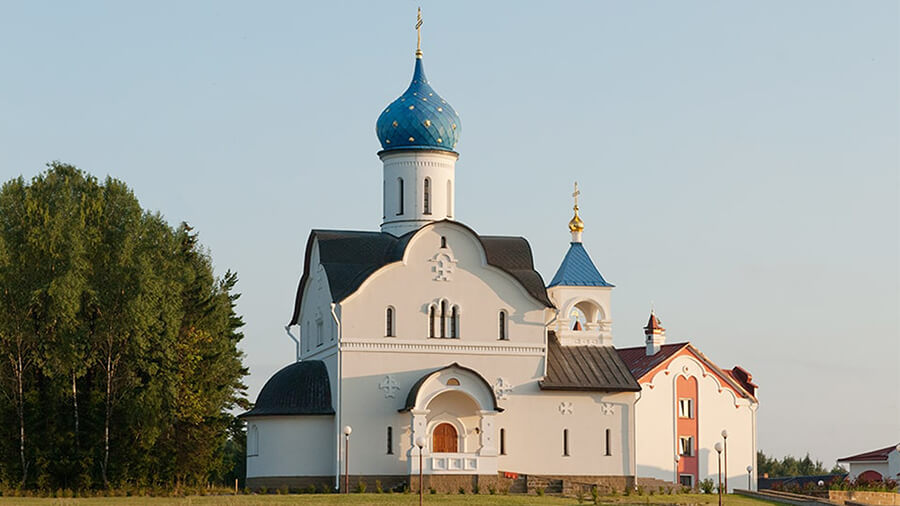 Why was the church at the Convent farm consecrated in honour of the "Inexhaustible Chalice" icon of the Mother of God? The answer to this question lies in the history of both the icon and our mission farm.

The "Inexhaustible Chalice" icon miraculously appeared in 1878. A veteran soldier peasant in the Efremov district of the Tula province was suffering from heavy drinking. He was spending his pension on alcohol and ruining his health. He had already lost his ability to walk when a holy elder appeared to him in a dream. The elder told him, "Go to the monastery of the Mother of God in the city of Serpukhov and order a prayer service in front of the icon called "The Inexhaustible Chalice". If you do this, you will be healed mentally and physically."

Without a penny in his pocket, and partially paralyzed, the peasant did not dare to travel. But the dream repeated twice more, and he could no longer disobey. Having reached the monastery, the peasant asked for a prayer service before the "Inexhaustible Chalice", but no one in the monastery knew of such an icon. Eventually, someone remembered that in the passage between the church and the sacristy there was an icon depicting a cup. To everyone's surprise, the inscription on the reverse side of the icon read "Inexhaustible Chalice".

Noticing an image of the Venerable Barlaam on one of the icons, the ailing peasant recognized the miraculous elder who had appeared to him in a dream. The peasant returned from Serpukhov healed...

The Christ Child is depicted in the icon standing inside a communion chalice. This chalice is inexhaustible, for the Lamb is "ever eaten yet never expended". The Mother of God is depicted with Her hands raised like a high priest as she offers Her Son as a sacrifice to God. She prays for all sinners, calling upon the Inexhaustible Source of spiritual joy and comfort, prepared for those who ask in faith.

Our mission farm in the Bald Mountain village can be called a social facility, a farmstead, or an experimental site. The term depends on what angle you look at it from. The sisters at the Convent are convinced that it is a territory of God's Providence, a place that He has chosen to give shelter to His lost children. Here, on Bald Mountain, the nuns accept hungry, homeless and marginalised people with various backgrounds. All these people here have nowhere else to go. 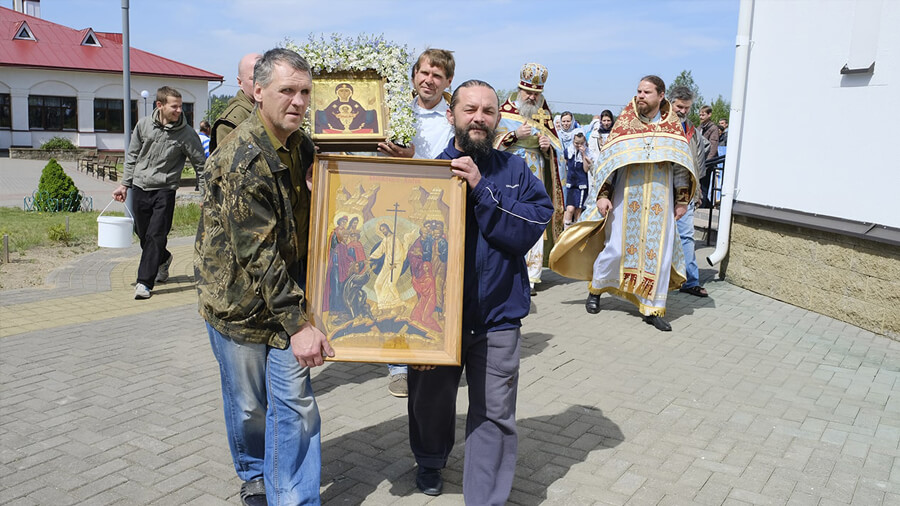 Most of them have a criminal past with 5 to 30 years of prison experience. Many have lived through years of vagrancy and drunkenness. These men are no longer afraid of anything. They have drunk the cup of vice to the bottom, reaching the limit. Everything that can be lost is already lost, except their very lives.

Yet, deep inside their troubled souls, these men share the same vague, but relentless desire to start over and to try to live their lives differently. The Convent farm gives them this chance.

The State allocated this plot of land to the Convent in the spring of 1999. A year later the first inmates arrived here. On October 26, 2002, after the first Liturgy was served on the farm, it was decided to build a church here in honor of the Inexhaustible Chalice Icon of the Mother of God. The construction began in the summer of 2004. 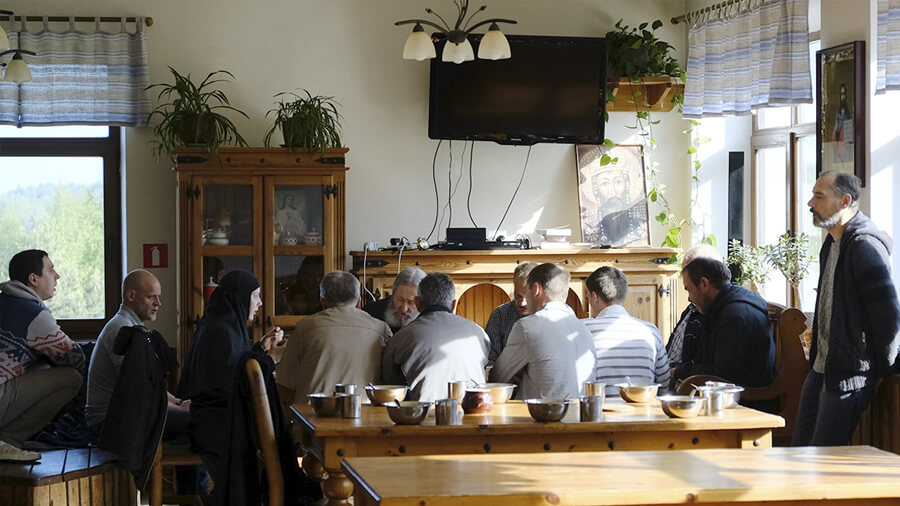 The first Liturgy in the new church was served on April 25, 2009. On January 3, 2010, Metropolitan Philaret of Minsk and Slutsk consecrated the church. Today, Liturgy is celebrated here twice a week. Other services include the akathist in front of the icon of the Inexhaustible Chalice icon and the Psalter read continuously 24 hours a day. All-night vigil is served on Saturdays.

After spending twenty years in prison, a person views himself as an offender in this world. This makes him close to God, perhaps closer than a person who enjoys authority and respect, living "in easy street". Everything is so deceitful in this world. Yet, all people are the same inside. People here are closer to God, because they have nothing. Consequently, they have nothing to lose. No one is waiting for them except God.

Today is a great holiday. We continue to celebrate Easter, because it is the most important victory over sin. I would like to believe that people who come and pray in this church will discover a life that they were unable to find, wandering along the roads of this world and trying to build their private happiness based on ephemeral and ever-changing things, including their own plans and desires. 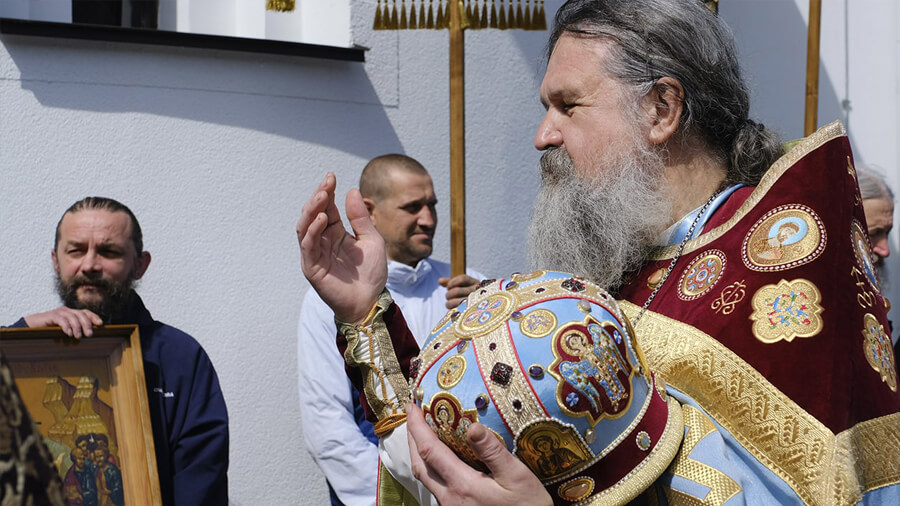 At the very beginning of this farm, we decided that we would accept all who come here with a desire to serve God, to repent and change their lives. Today we are facing difficulties. The world is trying to buy us and make us measure all our efforts in money terms. One day, we could say, “I don’t need anything, because God gives me all I need.” However, we are not ready yet.

Thank God, our brothers are working. They are already making money. It is not much, but it is an honest penny. This is the true beauty of God's work! This is the beginning of the new life with God. We thank God and hope that our farm will continue to develop and that there will be many people here.”

Our efforts to bring these men to Christ are strengthened with your assistance. Today, we invite you to consider a donation towards this ministry of helping men discover the love of God. Your generosity helps these men welcome Christ into their lives.

Misha, the boy from the monastic farmstead 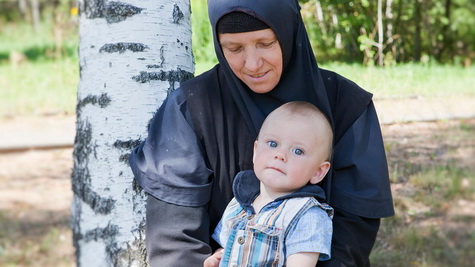 Misha is a loveable boy with big blue eyes. He grew up at the farmstead of Saint Elisabeth Convent where disadvantaged women find shelter. Nun Barbara, in charge of the farmstead, shared with us the boy's story. 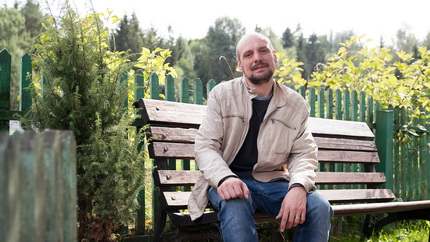 As our Patron Saint Grand Duchess Elisabeth wrote, God's image in a person may dim, but it can never be destroyed. Today, we asked Ruslan Gurin, a brother from our monastic farmstead, to share his story of his progress. 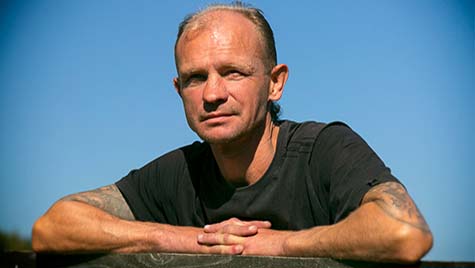 Brother Alexander is the man in charge of the monastic horse stable. We interviewed him about his coming to the farmstead. What difference did it make in his life? And how does he see his tomorrow?

Generosity is the only attire that never wanes 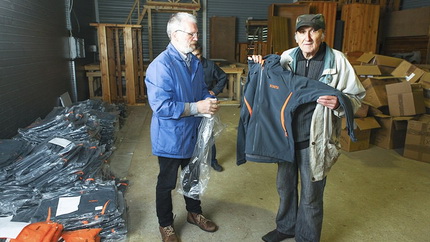 The Convent is running two rehabilitation centres for men and women in difficult life situations who are struggling with alcohol and drug dependencies and have no home or family. Some 200 people are presently under their care.

At the men's farmstead of Saint Elisabeth Convent, Yevgeny Tkachenko has an important job. He is a cook, and he is the earliest to rise among all the other brothers here. He is also in charge of a small kitchen team.

We met Valentin Lomygo to talk about his works, his growth as a songwriter and poet and the Convent’s contribution to his progress, and his path towards finding God. 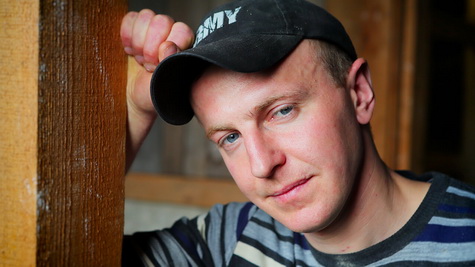 Alexander Vikovitsky had to abandon his career in sport because of a severe injury, and his life took a sharp turn for the worse. He was falling rapidly into an abyss. We interviewed Brother Alexander about his work at the farmstead, his faith.

Working and changing from within - disadvantaged women's stories 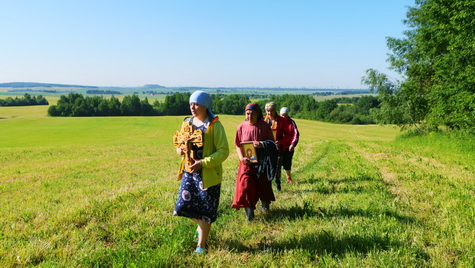 For every woman resident of our monastic farmstead, summer is a busy time. We interviewed several women about their daily work as a chance to learn to give love to one another, know God's will and follow it.