The significance of Lazarus Sunday, a feast preceding the Holy Week

The raising of Lazarus, confirmation of the universal resurrection 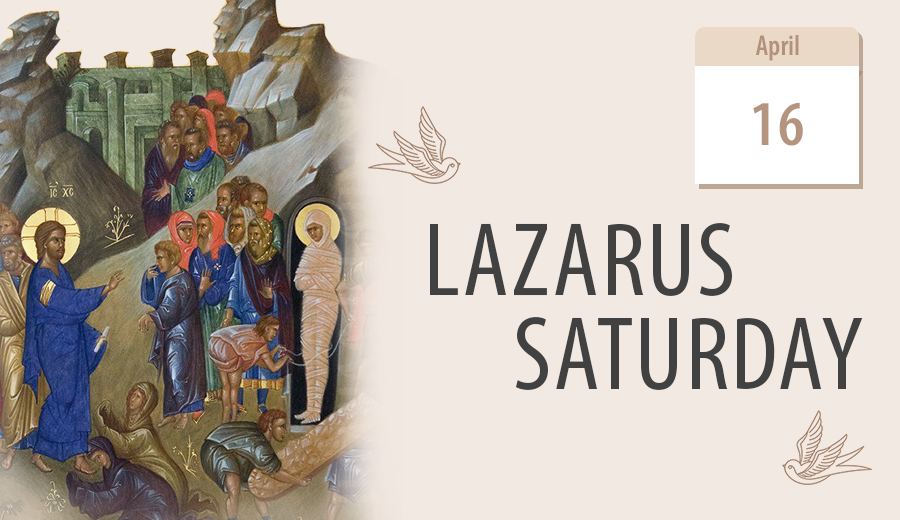 On Lazarus Saturday, we celebrate the raising of Lazarus from the dead, an event that preceded the passion of our Lord and constituted one of His few visible triumphs in the earthly life. As we read in the Gospel, Christ arrived at Bethany near Jerusalem to His friend Lazarus, dead for four days. He knew about Lazarus' imminent death, but He delayed His coming. "For your sake, I am glad that I was not there, so that you may believe," He said to His Apostles (John 11:14).

When Jesus came to Lazarus’ grave, he wept at the sight of the “very good” creation of God separated from the fullness of joy, life and light in a tomb, lying in darkness and despair. He commands the people to move the tombstone, but the people are reluctant: “by this time there will be an odour, for he has been dead four days" (John 11:39). Jesus prays to His father and cries out to Lazarus, “Lazarus, come out.”

The icon of the feast shows Lazarus coming up, still in his burial gown. His friends are holding their noses not to breathe in the stench of his decomposing body. The people are astonished as they gather into a crowd to glorify Him.

The raising of Lazarus confronts us with the imminence of our death. “I weep and I wail, when I think upon death, and behold our beauty, fashioned after the image of God, lying in the tomb dishonoured, disfigured, bereft of form,” reads a hymn of Saint John Damascene sung at the Church’s memorial service. The inevitability of death is the result of our falling from God’s grace and obsession with our selfish ambitions. But it is also an affirmation of life. In the Gospel, Lazarus represents every human being, and his resurrection is a reminder of Christ’s ultimate victory over death.