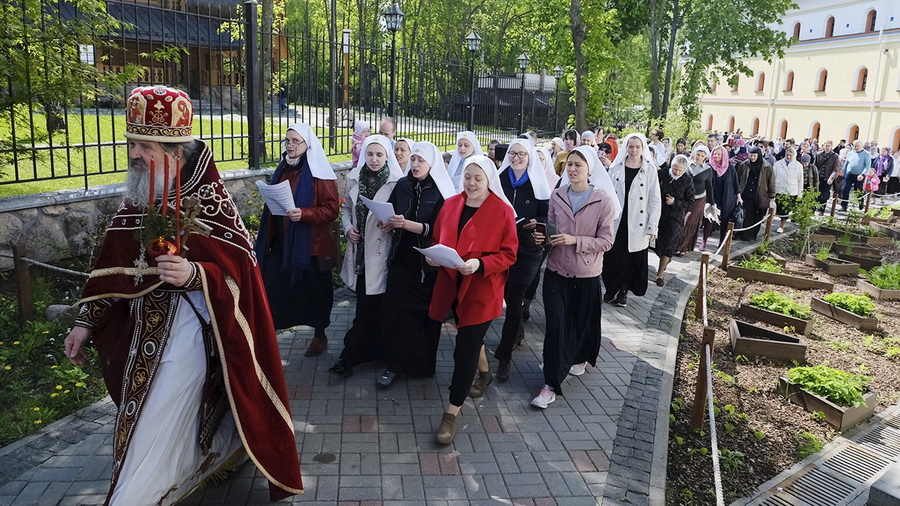 The third Sunday after Pascha is a very special feast day in the Orthodox Church. On this day, we commemorate those brave women that were with Christ after His death and were the first ones to receive the joyous news about His resurrection. We call these women the Myrrhbearers.

The Gospel tells us about the women who followed Christ when He was preaching, stayed with Him during the time of His Passion, and anointed His body with myrrh after His death.

The Apostle Luke names some of the Myrrhnearers’ names:

“It was Mary Magdalene, Joanna, Mary the mother of James, and the others with them.” (Luke 24:10)

The other Gospels also mention Salome, Susanna, Martha and Mary of Bethany and some of the other women that we know as the Myrrhbearers.

Saint Matthew also points out that when Christ’s body was placed in the tomb, “Mary Magdalene and the other Mary were sitting there opposite the tomb.” (Matthew 27:61)

This shows that those women loved Christ with all their hearts and did not want to leave Him even after His death. We know that Christ has risen from the dead on the third day, but on that Saturday after Christ’s Passion, no one was sure. Of course, Christ told His followers that this would happen, but people are people, and even the apostles had doubts. They saw Jesus perform countless miracles, and now He was lying dead in a tomb. Why couldn’t He stop it? why did He have to die? 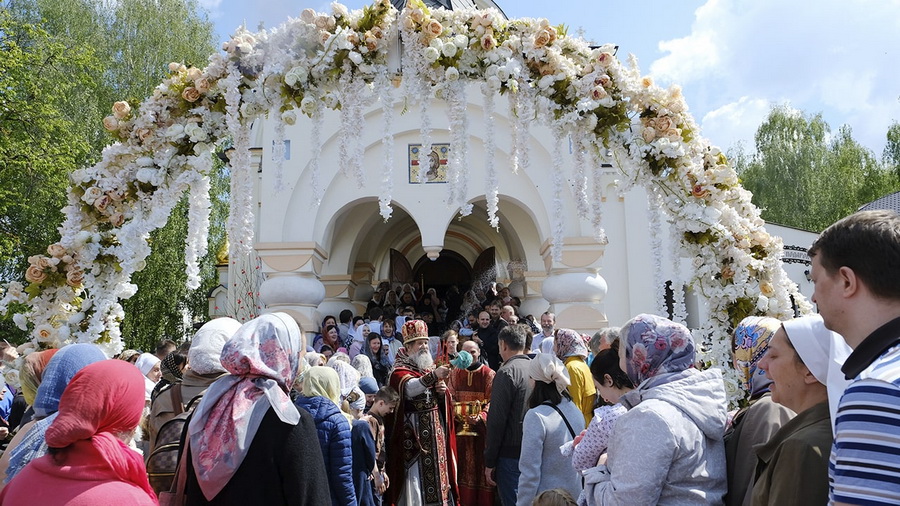 But the Myrrhbearers, regardless of their sorrow and grief, came to His tomb on a Sunday to anoint the body of their beloved Teacher. They could not perform a proper embalming on a Saturday because the law forbade people to do any work on Sabbath day. The love and dedication of the Myrrhbearers was greatly paid off because they were the first to hear the news of Christ’s resurrection.

When they approached the tomb, they saw an Angel who sat on the stone. He said to them,

“Do not be afraid, for I know that you are looking for Jesus, who was crucified. He is not here; he has risen, just as he said. Come and see the place where he lay.” (Matthew 28:5-6)

The tomb was in fact empty and there was only a shroud lying inside. The Angel added,

“Then go quickly and tell his disciples: ‘He has risen from the dead and is going ahead of you into Galilee. There you will see him.’ Now I have told you.” (Matthew 28:7)

After they heard the news they felt mixed emotions - they were “afraid yet filled with joy” (Matthew 28:8) as they ran to the disciples. All of a sudden they saw Christ who greeted them and said:

And just like these brave women, we should not be afraid. As Christians, we must learn to love Christ with all our hearts and follow Him no matter how hard it might get.

How does the Orthodox Church commemorate the Myrrhbearers?

On Sunday of the Myrrhbearers, the faithful venerate the beautiful icon of the Myrrhbearers. There are a few variations of the icon, but it always shows the Angel and the women looking at an empty tomb. Sometimes it also depicts the resurrected Christ.

The commemoration starts on Saturday evening. During the All-Night Vigil service, we sing festive hymns like this one:

“The angel came to the myrrhbearing women at the tomb and said:

Myrrh is meet for the dead;

But Christ has shown Himself a stranger to corruption!

So proclaim: the Lord is risen,

(Troparion of the Sunday of Myrrhbearers) 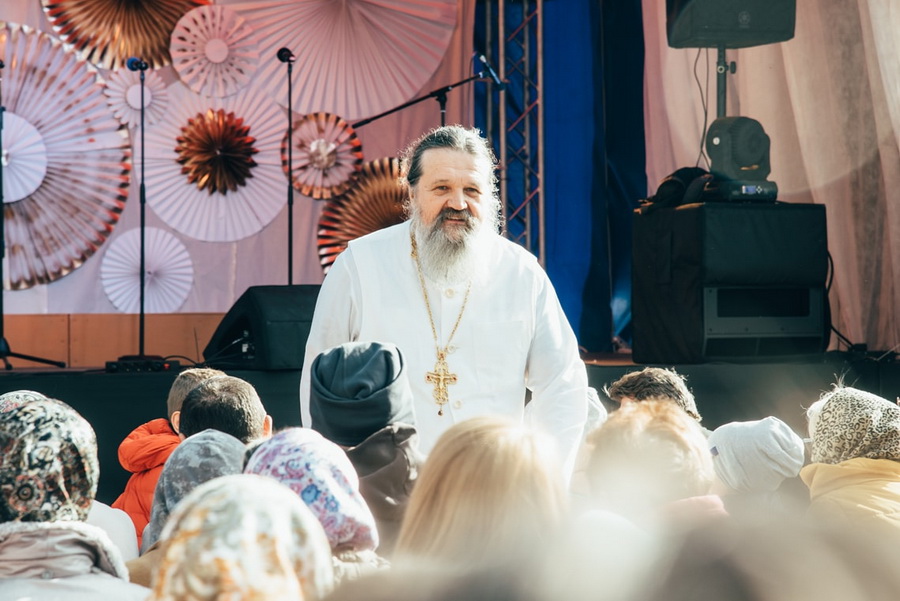 On Sunday morning, we celebrate the festive Divine Liturgy. The priests are all wearing red Paschal vestments, and we sing more beautiful hymns:

“You did command the myrrh-bearers to rejoice, O Christ!

By Your Resurrection, You did stop the lamentation of Eve, O God!

You did command Your apostles to preach: The Savior is Risen!”

(Kontakion of the Sunday of Myrrhbearers)

It is also a tradition to celebrate the day of all women on the third Sunday after Easter. Since the Myrrhbearers were all women, the Orthodox women are inspired by their love and dedication. They strive to be better Christians.

At our Convent, we usually organize a special concert. Our sisters and brothers, as well as our workshops’ workers and the children of the Ichthys School, all come together and create a beautiful performance in honor of the Myrrhbearers and all Orthodox women. There is much singing, dancing and laughing which makes this day even more special and joyful for the parishioners and the sisters of the Convent!

Send us your prayer requests for the joyous Paschal season. 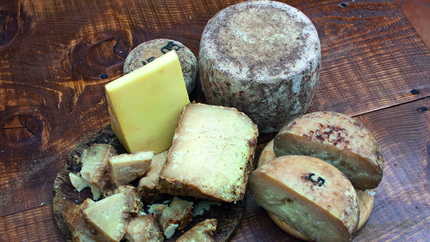 If successful, the project will enable more residents of the farmsteads to improve their job skills by engaging in an occupation requiring technical skill and responsibility. 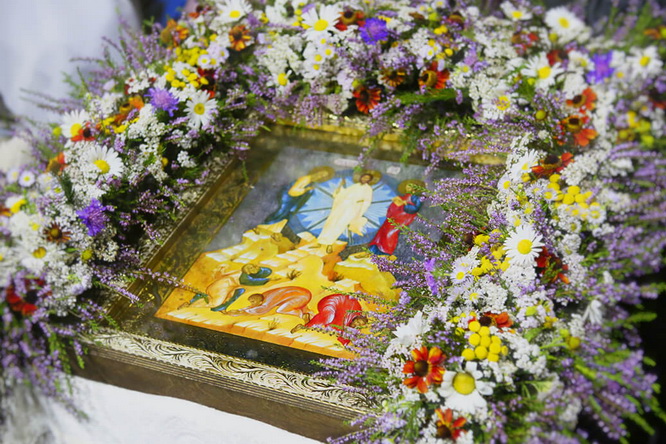 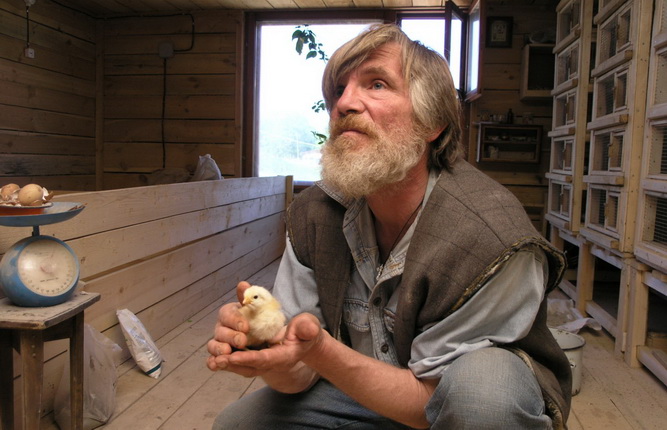 We follow the footsteps of our Convent’s heavenly patroness, Saint Elisabeth, therefore helping disadvantaged poor people is one of our top priorities. We have established two rehabilitation centers near Minsk - for women and for men. 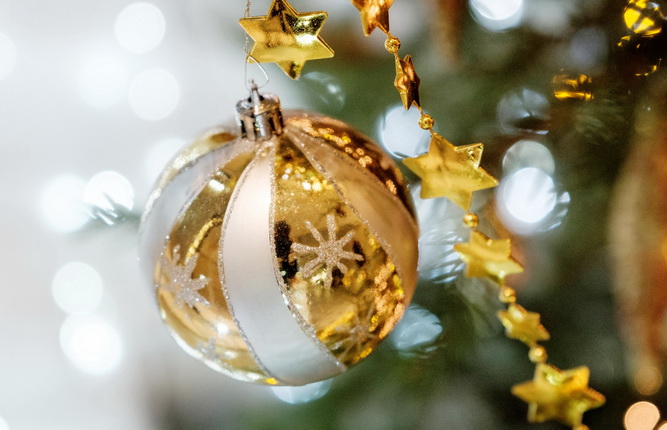 "Multiplier of Wheat" icon — nourishment of the body and spirit 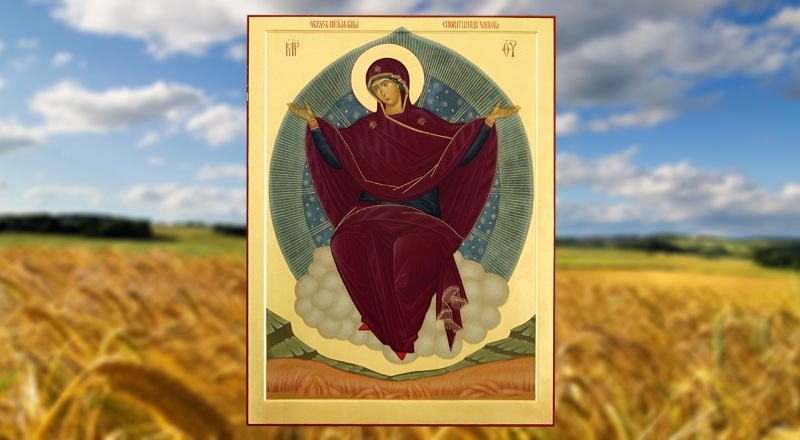 Believers invoke the icon praying for the help of the Holy Theotokos in meeting their basic needs, avoiding droughts, gathering a good crop, and daily sustenance. Saint Ambrose of Optina left us his short prayer before this icon.