A spiritual teacher of monks and laymen

Venerable Titus, guide of monks and a wise steward 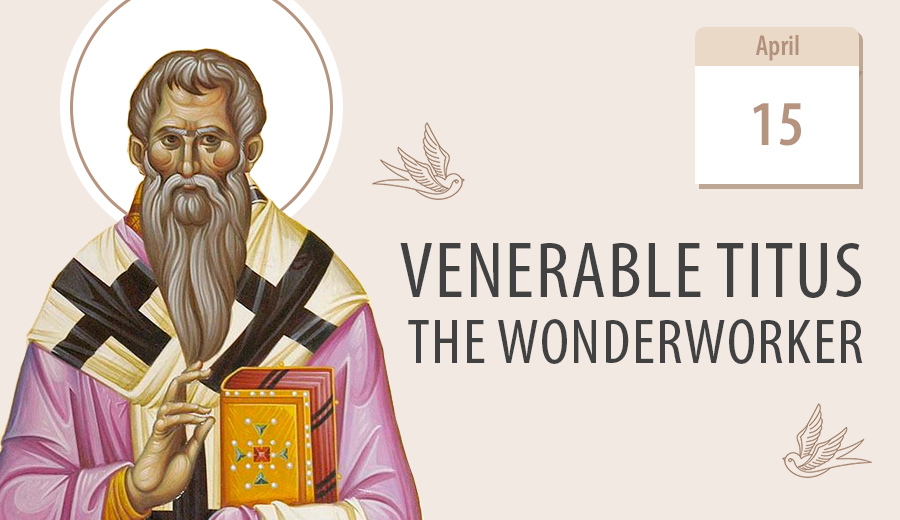 He was a ninth-century ascetic at a monastery in the environs of Constantinople. A model of fasting, prayer and humility, he quickly won the acclaim of the monks and received ordination as a hieromonk. For his life of virtue and love of God and the neighbour, the Lord endowed him with the gift of miracle-working. Many laymen and monks chose him as their spiritual father and benefited from his guidance.

He entered history as a defender of the faith against the heresy of iconoclasm. He lived to his old age and reposed in peace sometime in the ninth century.