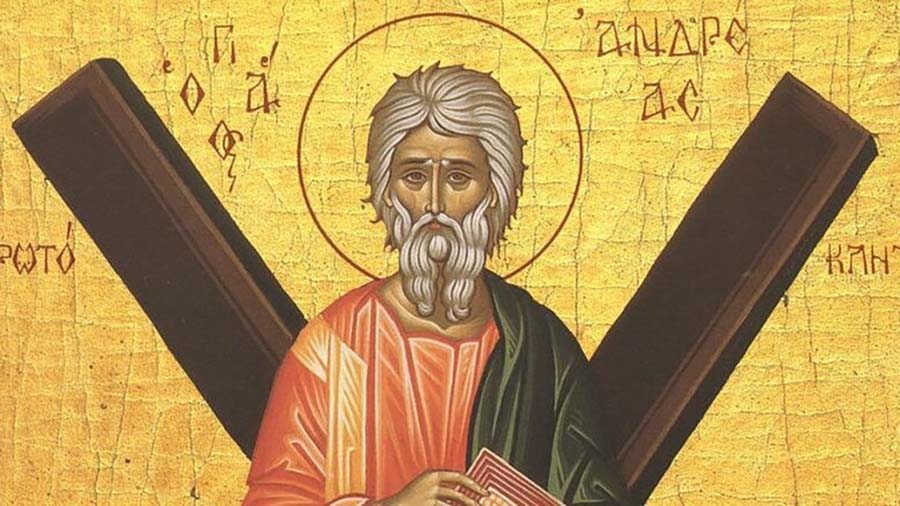 The Holy Apostle Andrew was initially a disciple of John the Baptist. From him, he learned many things, but his most enlightening moment was his teacher’s meeting with Christ. «He is the lamb of God," declared Saint John. His teacher did not have the slightest intent to remain in the centre; he was leading his disciples towards the truth, knowing full well that they would abandon him to follow the Messiah.

Avoiding fame and remaining in the background can be difficult, especially for those who like to be leaders. But John the Baptist desired nothing more than to bring his followers to Christ, resigning himself to a secondary role. Likewise, when Saint Andrew heard the calling of Christ and was one of the first two apostles to join Him, he followed the example of John the Baptist.

Among the first apostles of Christ, he met his brother Simon Peter. Throughout the Gospel, the evangelists refer to him as the brother of Simon Peter. Everyone knew Simon Peter but recognised Andrew only as his brother. 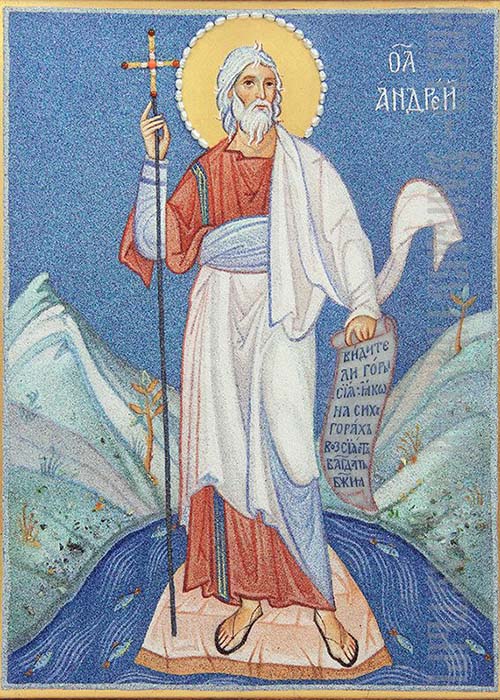 Order the Icon of Apostle Andrew from Semiprecious Stones

Andrew was not one of Christ's closest disciples. He was not among the apostles who accompanied Him at His most critical moments - like the resurrection of the daughter of Jair the Synagogue Leader, His transfiguration on Mount Tabour, or His passions in the garden of Gethsemane. Peter, James, and John were with him. Some might consider it unfair. Did not Peter owe him the meeting with the Lord? Did not Andrew answer Christ's calling before everybody else? Did he not deserve a more prominent position among the apostles?

Yet Saint Andrew was happy to remain backstage and let his brother be in the centre. To him, pride, honour or recognition was of no importance. The only thing that mattered was for him to be with the Lord and serve Him to the best of his ability. 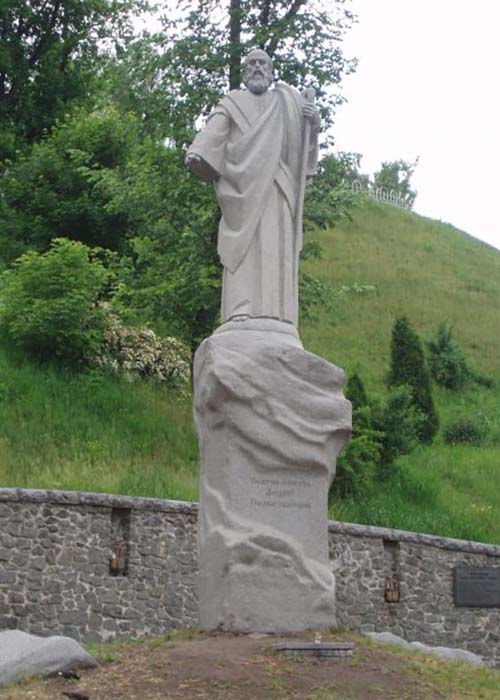 The gift of service to the Lord was his best reward. He was blessed with the gift of leading people to Christ. The Gospel gives us three examples of the people he brought to Him- Peter, the boy with five loaves of bread and two fishes, and the Greeks. According to the tradition of the Church, he trod the land where the city of Kiev would stand only a few centuries later. He blessed its people with his cross and foretold a bright future for it.

The Pagan rulers threatened him with death on the cross for his preaching of the Lord, but he responded courageously, «If I were afraid of the cross, I would not preach about it to the people». Crucified, he continued to enlighten others about the crucifixion of the Lord and His resurrection, converting thousands to Christianity. Saint Andrew the First-Called shows Christians the way to share the gift of their faith with others. He intercedes in heaven for all those who remain in secondary roles humbly and unresentfully.