He repented, believed in Christ and earned the crown of martyrdom 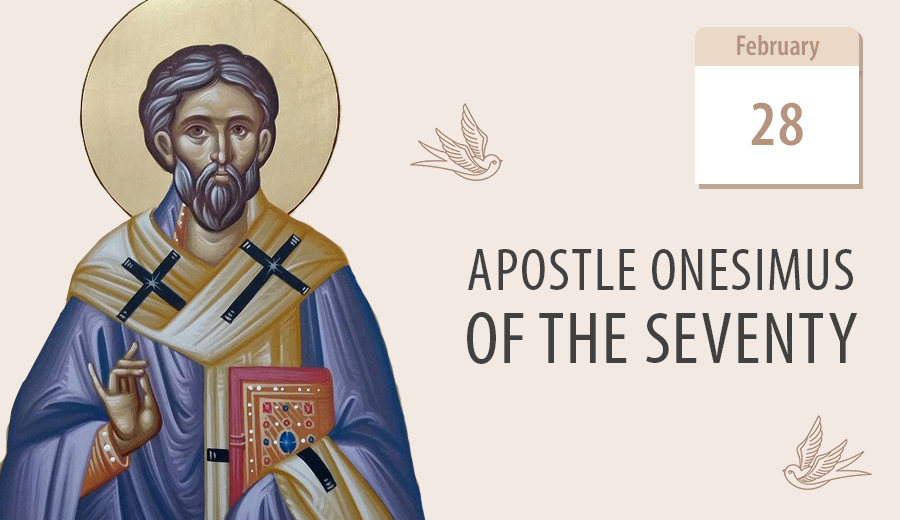 With sincere repentance, he received forgiveness of his transgressions and ascended spiritually to become an apostle of the seventy. He was a servant of Philemon, a distinguished Christian from his native city of Colossae. He committed some wrongdoing against his master and fled to Rome, fearing punishment. In Rome, he was imprisoned as an escaped slave. While in prison, he met Apostle Paul, became his disciple and took baptism from him. He became his loyal servant and helper.

Saint Paul happened to know Onisemus’ master personally. He wrote him a cordial letter of recommendation, asking him to accept Onesimus as a brother, not as a slave. With this letter, he sent him home, depriving himself of his much-needed help. On Onesimus’ arrival, Philemon forgave him immediately and let him go back to Apostle Paul to assist him.

Onesimus helped Apostle Paul up until his death and then continued his ministry with the other apostles. Eventually, he was ordained a bishop. He preached Christ in many places across the Roman Empire, until his old age. He came to meet Saint Ignatius the God-Bearer to Rome for execution and succeeded Apostle Timothy as Bishop of Ephesus.

He was arrested for his faith under Emperor Trajan, a persecutor of Christians. He was taken to trial but refused to renounce his faith in Christ. Seeing that his belief in Christ was unshaken after eighteen days in custody, the authorities ordered him to be tortured, stoned and beheaded. He died in 109.