Dimitry, a child saint who intercedes for all children

Holy Martyr Dimitrius of Uglich, a patron saint of all children 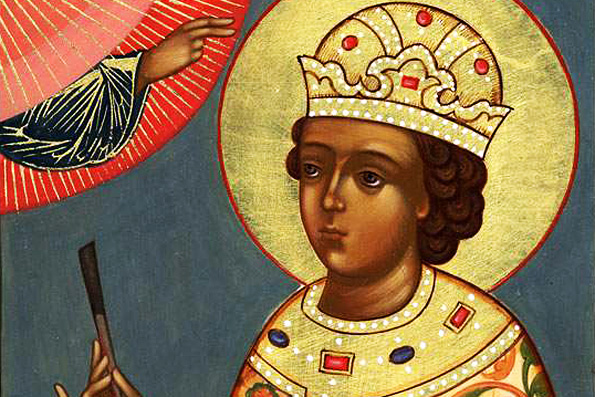 Among the Synaxis of our saints are people of all ages, including children. On 16 June, we commemorate Saint Dimitrius of Uglich, a child saint. He was a member of the Russian royal dynasty of the Rurikovichs and is venerated as a martyr for the Orthodox faith.

Dimitry was the son of the Russian Tsar Ivan the Terrible and Maria Nagaya. The Church had not sanctified their marriage, and Dimitry could not inherit the throne from his father. Therefore, Ivan's son Fyodor succeeded him on the throne, while the infant Dimitry was exiled to Uglich with his mother. Yet the exile of Dimitrius did not diminish the fears of Fyodor's supporters, as Fyodor had no sons.

During the reign of Fyodor, the de-facto ruler of Russia was his brother-in-law Boris Godunov, an ambitious nobleman. He wished to get rid of the potential challenger to Fyodor's rule. First, he instigated rumours that Dimitry was Ivan's illegitimate child. When that did not work, he ordered Dimitry to be poisoned. Failing that, he sent assassins who stabbed the Tsarevich to death in front of his wet nurse.

Dimitry's killing ended the rule of the Rurikovichs and plunged Russia into its times of trouble. Over more than a decade of civil strife, Russia lost up to a half of its population.

But already during the rule of Boris Godunov, multiple miracles began to happen to those who visited his grave. The slain Tsarevich appeared in a vision to an elder, predicting decades of troubled times and several impostors taking the Russian throne. Immediately after his glorification, he became the patron saint of all children, and several years later, a church was built in Uglich, named the Church of Saint Dimitry on the Blood.

Throughout the centuries that followed, the faithful of the Russian Church have invoked the Holy Tsarevich's name in their prayers for healing from their sicknesses, especially diseases of the eyes. In 2011 the Patriarch of All Russia gave his blessing to celebrate the feast day of Saint Dimitry as the day of all children in the Russian Orthodox Church. It is a day when we pray for their health and well-being, and we welcome everyone who joins us in our prayers.