How the Most Holy Theotokos intercedes for us:stories from Mount Athos 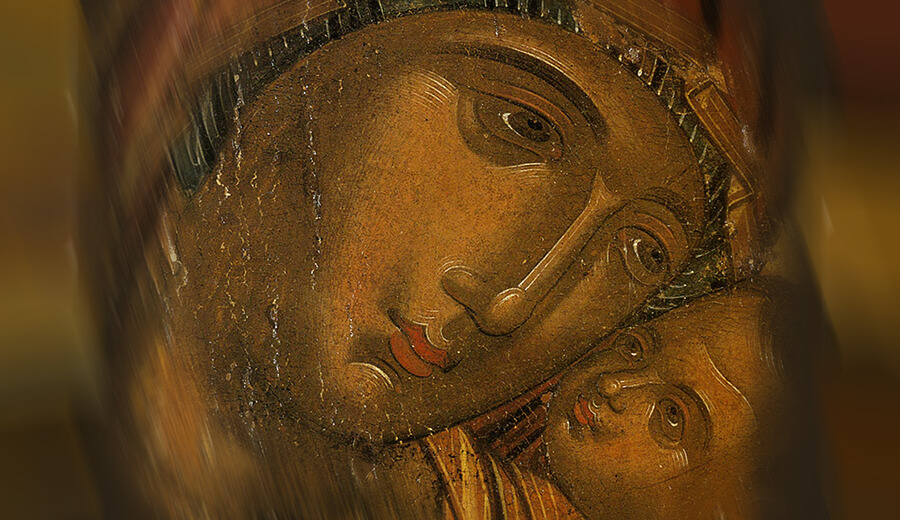 On 28 August the Church commemorates the Dormition of the Theotokos. The Holy Mountain, the realm of the Mother of God, celebrates this feast with special joy. It coincides with the feast days of the old Russian Xilurgou at Panteleimon Monastery, the Iveron Monastery and the Protos, the main church of the Holy Mountain. As we sing in the Troparia of the feast, the Mother of God did not forsake our world. She still hears the prayers of those who appeal to Her in faith. Here are five examples of the Holy Virgin's intercession for different people, as narrated by the ascetics of Mount Athos.

Venerate all the Saints of our Church, but especially, Our Lady, the Mother of God, because all the Saints are servants of Christ, and Our Lady is the Queen and Master of heaven and earth, and of every intelligent and sensuous being. She prays to God for the forgiveness of all our sins. God made Her our Queen, as a great honour to mankind. So, brethren, let us venerate the Mother of God with fasting prayer, almsgiving and other good works.

A man named John was the leader of a band of a hundred robbers. But he had a reverence for the Mother of God. Each morning and evening, he read an Akathist to Her. In His wish to save the robber for his veneration of the Theotokos, the all-righteous God sent him a sainted elder. He walked straight into their hands as the robbers waited in an ambush. The robbers captured him, and the ascetic said to them.

“Take me to your leader. I have something to say to all of you for your benefit.”

The robbers brought the elder before their leader John, and the elder asked, again:

“Gather all your men. I have something to say to all of you.”

“There is one more - the cook, but he is useless.”

The cook came. For some reason, he could not look the elder in the eye. Then the elder said:

“In the Name of our Lord and God Jesus Christ Who died on the Cross, I command you to tell me who you are, who sent you and why.”

“ I am a liar and will always remain one. But you invoked the name of Christ, and so I cannot tell you a lie now. I am a demon. My father, the Devil, sent me here to serve these robbers, put food on their tables and cook for their gang leader. He told me to wait until he stops reading the Akathist, and push him immediately into hell. I have been here for fourteen years, but he has not skipped the Akathist once.”

Then the elder said:

“I now command you in the name of the Holy Trinity to vanish so you will no longer be a temptation to Christians.”

No sooner had he said that than the demon disappeared in smoke. The elder brought the robbers to their senses. Some became monks, others married. All pleased the Lord with their good works and were saved.

A miracle of forgiveness

A certain woman had been hiding her grave sin as she was too ashamed to confess it. Tearfully, she prayed before the icon of the Mother of God pleading with Her for protection. Finally, she died without confessing her sin. While they were serving a funeral at church, she rose from the dead in front of all her family and kin, and said, "Great is your power, O lady immaculate!" Then she called a priest and confessed the sin she had been hiding in her lifetime. Then she said to all the mourners:

"I died, a wretched woman, without confessing my sin. But every day I prayed in deep contrition to the Mother of God that I be spared from the punishment. When my hapless soul separated from my body, the evil spirits rebuked me for my secret sin and considered me their prey. But the Queen of Angels came and dispersed the spirits of evil with Her light. She said to them, "The Lord did not give you power over this soul." Then she brought me before God and asked Him to have mercy on me. And the Lord said: "Let this soul reunite with her body and properly confess her sin."

Every day, she repented and prayed in tears to the Mother of God, and the Lord had mercy on her. Have you been doing the same? I am afraid not. But have no despair; repent and confess without delay; open up to your spiritual father, ask him for his prayers and do what he instructs you to do.

Coins on Her icon

Let me tell you about an incident that happened to one pious pilgrim. He was travelling to the Iberon monastery to venerate the Gatekeeper Icon of the Mother of God. He reached the monastery and saw the icon all in coins. On his return to Stavronikit Monastery, a thought occurred to him. "O Holy Theotokos, he mused. I that I had seen you without the coins." Suddenly, he felt intense pain. His eyes were blurred, and he could not walk any further. He turned to the Mother of God for help. "O, most holy Theotokos. Help me and I will bring you two coins as a gift." The Theotokos appeared to him and replied, "The coins on my icon came from the people like you. Do I need any coins? Did I ask for them?" The pain passed. That man had good intentions and strong faith, and he received the help of the Mother of God.

Saint Paisios of the Holy Mountain

A new lease of life

Father Ioannicius came from the same area as Monk Porphyrios of Kafsokalivia and was the elder of his cell. He once sent Porphirius to gather some snails, a festive food consumed by ascetics during fasts. These snails live mostly on rocks and steep slopes of mountain gorges. To please the elder, the young Father Porfiry climbed a very hard-to-reach rocky slope to collect a bag full of snails. On his way back to the skete, he crossed the riverbed from which a rocky talus rose. As he was climbing the steep bank, the rocks under his feet began to crumble, dragging him into an abyss. Desperate, he cried out: "O Holy Virgin!" "I do not understand what happened," remembers the elder. "Some force lifted me upwards and brought me to the opposite side of the crevice. I came to my senses and found myself standing on a tall rock, with a trail descending to the skete.

Konstantinos Karakolis, author, “Multiple hues of Wisdom,” a collection of teachings of Saint Porphyrios of Kafsokalivia

No words could describe the love of Elder Joseph Hesychast for the Mother of God. Tears streamed from his eyes just from calling her name, seeing Her icon or hearing a hymn magnifying Her. As he wrote in one of his letters, "All the saints have magnified the Blessed Virgin in so many ways, but I, a wretched soul, could think of nothing sweeter than calling out to her every minute, "My Mother! My beloved Mother!" He expressed the magnitude of his love in his letters. He wrote: "... All the saints have made many praises of our Mother of God, but I, a poor man, have found nothing more beautiful or sweet than calling our to Her: 'My Mother! My beloved Mother!" But the moment we call out to her, she comes to our rescue. Before we even say "Holy Mother of God, help me!", she enlightens our minds and our hearts. She inspires our minds to pray and our hearts to love. Many a night have passed crying out to Her, venerating her in sweetness, and praising the one She bore into the world."

He had long been asking her to take him and give him a rest. Sometimes, he would stand with the icon of the Mother of God in his hands, pleading, "When are you coming to take me? When will you take my soul?" The all-merciful God and His Mother endowed him with this great blessing: they granted him repose on the day of the Assumption of the Mother of God. The Mother of God answered his desire to meet her and embraced him with evident joy and gladness. 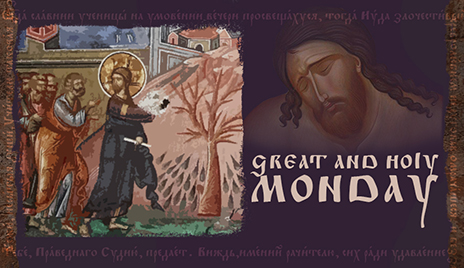 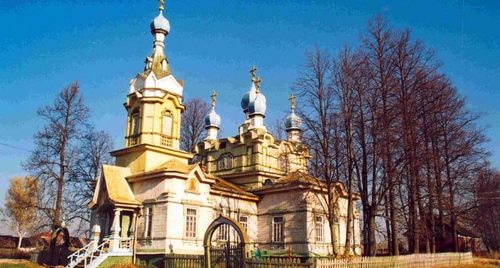 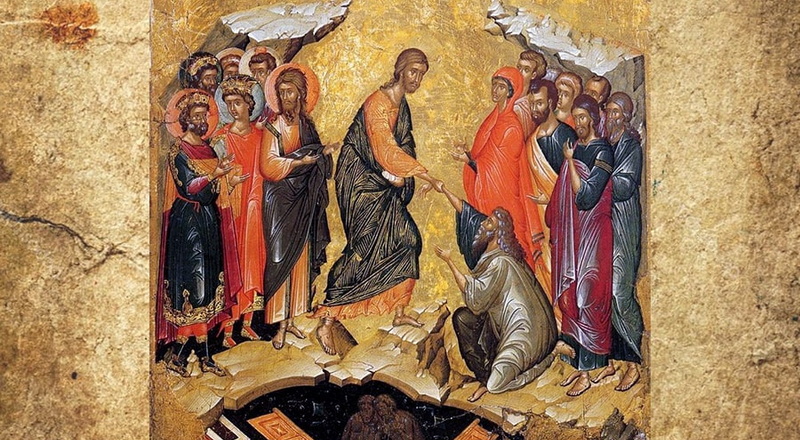 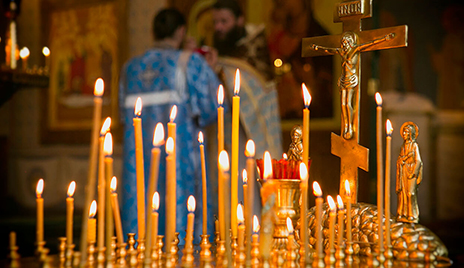