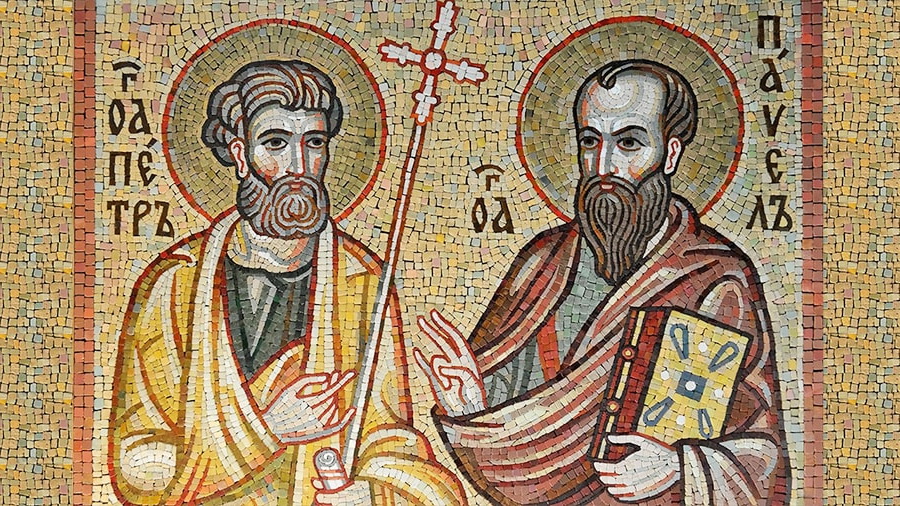 On July 12 in the Belarussian Orthodox Church, the faithful celebrate the Feast of Saints Peter and Paul - the Holy Apostles. The same feast is celebrated on June 29 in the Orthodox Churches that use the Gregorian calendar.

Peter and Paul in the Bible

The Gospels and the other books of the New Testament tell us a lot about both Peter and Paul - the disciples of Christ, or, as they are often called, the Leaders of the Apostles. Because of those early writings, we get to find out some interesting facts about Peter and Paul as well as read about the specific events in Peter and Paul’s lives.

From the Gospel of Matthew, we find out that Peter was just a fisherman from Galilee:

“Jesus was walking by the Sea of Galilee. He saw two brothers. They were Simon (his other name was Peter) and Andrew, his brother. They were putting a net into the sea for they were fishermen. Jesus said to them, “Follow Me. I will make you fish for men!” At once they left their nets and followed Him.” (Matthew 4:18-20)

It is also believed that Peter was married. It can be seen from this verse (Cephas is the Aramaic form of Peter’s name, the name literally translates as ‘rock’):

“Do we have no right to take along a believing wife, as do also the other apostles, the brothers of the Lord, and Cephas?” (1 Corinthians 9:5)

Even though it is known that Peter denied Christ three times before His death, it is also clear that Peter was the most prominent apostle. Jesus said, “You are Peter, and on this rock I will build my church” (Matthew 16:18)

Apostle Peter became the leader of the early Christian Church. That leadership explains something called “apostolic succession” in the Orthodox Church. We believe that we can trace a direct line of apostolic ordination from nowadays right until the time St Peter was ordained as Bishop.

Apostle Paul’s story is completely different. First of all, he has never met Christ during the Lord’s lifetime. This is why there are obviously no records of him in the Gospels.

He is believed to be a pharisee who persecuted those who followed Christ:

"For you have heard of my previous way of life in Judaism, how intensely I persecuted the church of God and tried to destroy it. I was advancing in Judaism beyond many of my own age among my people and was extremely zealous for the traditions of my fathers." (Galatians 1:13–14)

Around 34 to 37 AD an event happened that completely changed Paul’s life. He had a revelation from Christ Himself, which made him a follower of Christ:

“I want you to know, brothers and sisters, that the gospel I preached is not of human origin. I did not receive it from any man, nor was I taught it; rather, I received it by revelation from Jesus Christ.” (Galatians 1:11-12)

Paul traveled a lot spreading the Gospel to people - he saw this as his calling in this world. He is now known as the author of 13 books of the New Testament. In reality, they are St Paul’s actual letters that he wrote to the different people he taught all around the Mediterranean region - the Corinthians, the Galatians, the Ephesians and others. Many of these letters are considered to be one of the earliest examples of Christian writings.

Both Peter and Paul were executed and are considered martyrs for Christ. However, the ways they died are different.

St Peter is believed to have died around 64 AD. He was crucified at Vatican Hill after being sentenced to death by Roman authorities.

St Paul was in Rome around the same time when the Roman Empire was ruled by emperor Nero who persecuted Christians. We do not know for sure, but it is likely that Paul was beheaded. Beheading was the most common way the convicted Roman citizens were executed at that time, and Paul was in fact a citizen of Rome, unlike Peter.

The feast of Peter and Paul celebrates the martyrdom of the saints and invites us to take their lives and faith as an example for ourselves.

The Feast of Peter and Paul at St Elisabeth Convent

The clergy, sisters and parishioners of Saint Elisabeth Convent love the Feast of Saint Peter and Paul. The Apostles are considered to be patron saints of missionary work, which is very fitting for the Convent. Many of our parishioners see the Apostles as their patrons and pray to them daily.

At our church in honor of the Reigning Icon of the Mother of God we have a true Christian treasure - a big icon of Peter and Paul as well as parts of the Apostles’ relics. Faithful often come to the church to pray to the saints and ask for their intercession.

On the day of the feast, we serve a festive Divine Liturgy and most parishioners participate in the Eucharist. It is always a very joyous day at our Convent. During the service, we thank God and sing hymns that explain the meaning of the feast:

“O first-enthroned of the Apostles, and teachers of the universe, intercede with the Master of all to grant peace to the world, and to our souls great mercy.” (Troparion of the feast of Peter and Paul)

PS - Click here if you have any prayer requests. The Sisters of St Elisabeth Convent are always there to pray to God and to His Saints for you and your loved ones.

The Synaxis of All Saints in the Orthodox Church 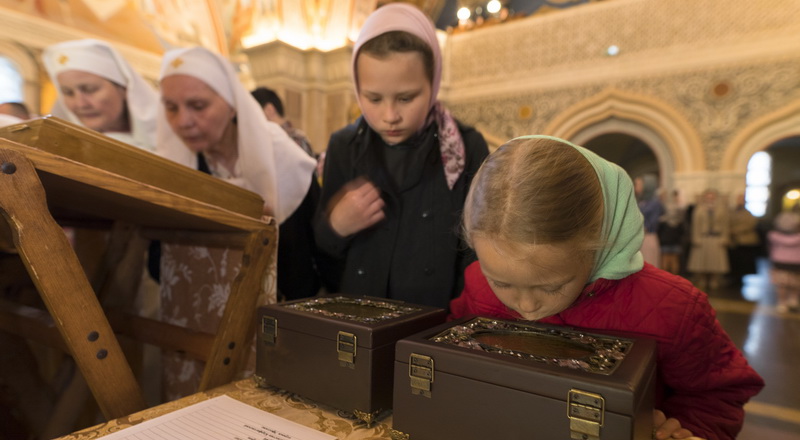 The Sunday after Pentecost, the Orthodox celebrate the Synaxis of All Saints which is also called the Sunday of All Saints. This year it falls on June 19th in the Belarussian Orthodox Church. 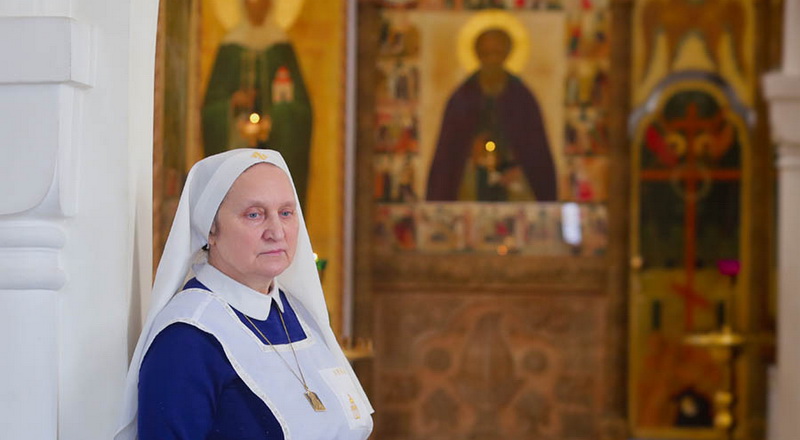 After visiting the orphanage in Novinki, Nina immersed herself in a new world. She saw unconditional love and mercy in sick children and found God's love in the midst of their suffering. Her family had described her as having a heart of metal,… 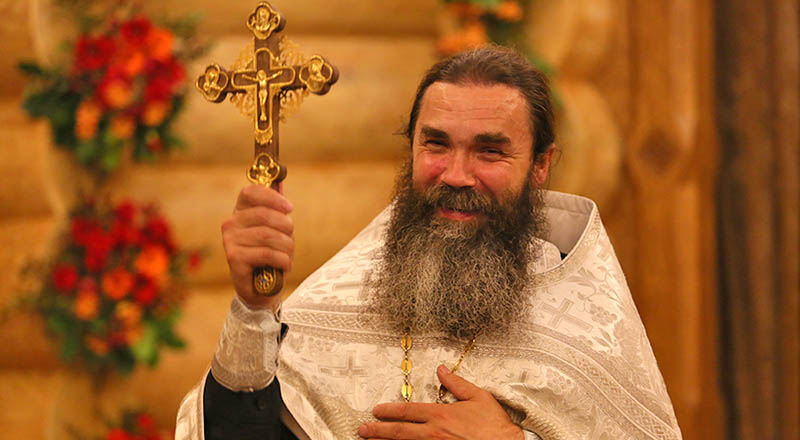 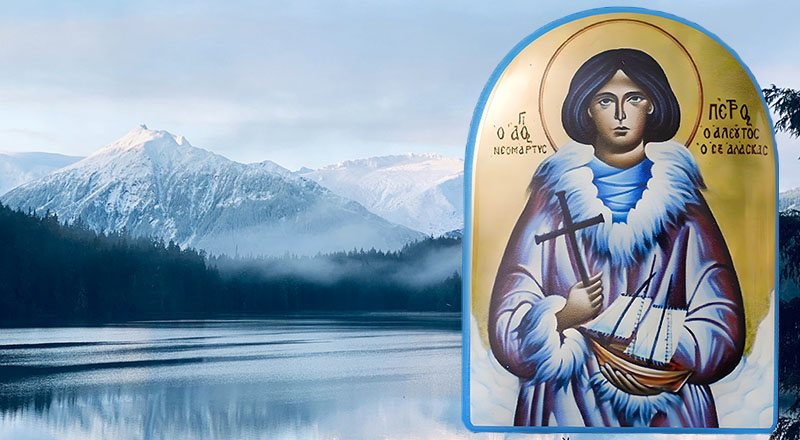 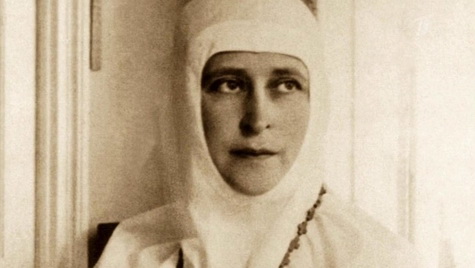