Simeon and Anna, symbols of our different paths to meeting God

Righteous Simeon and Prophetess Anna – witnesses to our salvation 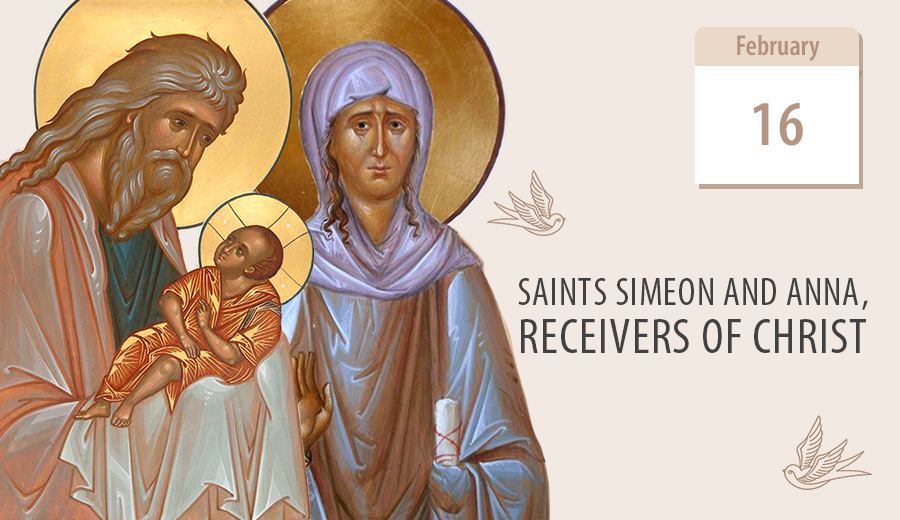 It is the tradition of the Holy Church to commemorate after great feasts the saints who had a part in them. On the day following the Meeting of our Lord, we remember two people who knew about the coming of the Saviour and spent many years waiting to meet Him. The righteous Simeon, a pious and learned man and a translator of the bible, doubted the prediction about the birth of the incarnate Lord to a virgin. An angel had promised him that he would not die until he saw the event with his own eyes. He had already waited for over 200 years. The prophetess Anna, 84, was living at the temple. Unlike Simeon, she never doubted and proclaimed his coming to everyone who chose to listen.

Both figures are deeply symbolic. Saint Simeon personified the Jews of the Old Testament, who had heard multiple prophesies about the coming of the Messiah, but had waited so long that their belief in its reality had begun to fade. Accounts of ancient historians tell us that Simeon was one of the scholars chosen by the Egyptian Pharaoh to produce the Greek text of the Scripture for his library in Alexandria. As he was translating the words of the Prophet Isaiah about a virgin giving birth to the Son of Man, he thought that the word ‘virgin’ was inaccurate and was going to correct it to “woman”. An angel stopped his hand and instructed him to wait and see.

The Prophetess Anna embodied the people who have left behind their worldly lives and dedicated themselves to service at the temple. They exemplified the understanding of faith as confidence in what we hope for, as Apostle Paul wrote (Hebrews 11:1). She came every hour knowing that the Messiah would come any day.

They both had their meeting with Christ. Simeon came at the command of the angel, and Anna was already there. Simeon took him in his arms and praised God, saying:  “Sovereign Lord, as you have promised, you may now dismiss your servant in peace” (Luke 2:29). According to tradition, the righteous Simeon lived to very old age, dying at 360. His relics were laid to rest in Constantinople.

The Prophetess Anna gave thanks to God and spoke about the child to all who were looking forward to the coming of the Saviour. Both receivers of God saw Christ with the eyes of their heart and touched Him with their spirits. Both passed on the news of Him, brightening the hearts and reviving the hopes of both Jews and Gentiles.