The Life of the New Martyr Hilarion and His Spiritual Accomplishments

Saint Hilarion of Vereya: Acting in Step with the Spirit 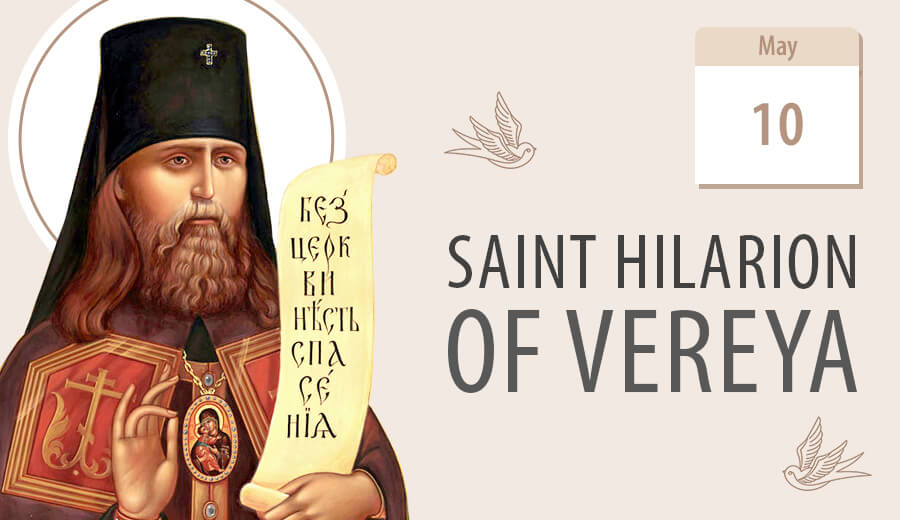 As we commemorate Hieromartyr Hilarion of Vereya (1886 - 1929), we hear in our churches the apostolic reading with the following lines: "Since we live by the Spirit, let us keep in step with the Spirit" (Galatians 5:25). Throughout his life, Saint Hilarion showed that this commandment was not an abstract dictum but a foundation of a righteous life.

By the October Revolution, Saint Hilarion had become renowned as an outstanding Russian intellectual. He conversed with some of the brightest people of his time. He was also a known church writer and theologian.

The Russian Revolution destroyed the old order and the entire country. A civil war broke out. Executions, killings of 'class enemies' and destruction of the churches became the norm. The new rulers unleashed vicious propaganda against God and His Church.

In these tumultuous times, Saint Hilarion acted in step with the Spirit by persisting in his service to God and the Church, disregarding the pains and perils of this choice. When the Bolsheviks preoccupied themselves with creating a 'renewal church' in place of the Russian Orthodox church that it considered disloyal, the saint did not seek any favours from the new rulers. Nor did he escape abroad. Instead, he joined the Patriarch Tikhon in his selfless opposition to Godlessness and the renewalists, taking his full share of the attacks on the Church and its Patriarch. He accepted ordination as a bishop, which in his time could mean only one thing: the crown of martyrdom.

Since his ordination in 1920, he had spent less than two years in freedom. He survived imprisonment at the Solovetsky Prison camp, the worst in his era. Yet even at the most desperate moments, he still acted in step with the Spirit, sharing his last possessions and giving comfort, reassurance and spiritual guidance to his fellow prisoners and even his captors.

To act in step in the Spirit means not to lose hope in the face of slander and abandonment. As a political prisoner, he could not count on anyone to speak publicly in his defence. Instead, the official propagandists did everything to smear the image of the church hierarchs and eliminate their memory people's minds. Yet as Saint Hilarion makes clear with his life, with God, we are invincible. Hieromartyr Hilarion died in a prison hospital after contracting typhus on his way from the Solovetsky camp to Kazakhstan. He was victorious. He had Truth on his side. Slandered in his earthly life, he became a saint before God. As we invoke the same of Saint Hilarion in our prayers, we ask God to give us the wisdom and strength to act in step with the Spirit at all times in our lives.