A saint who empowered the Orthodox to resist apostasy

Saint Job of Pochaev, a defender of the faith 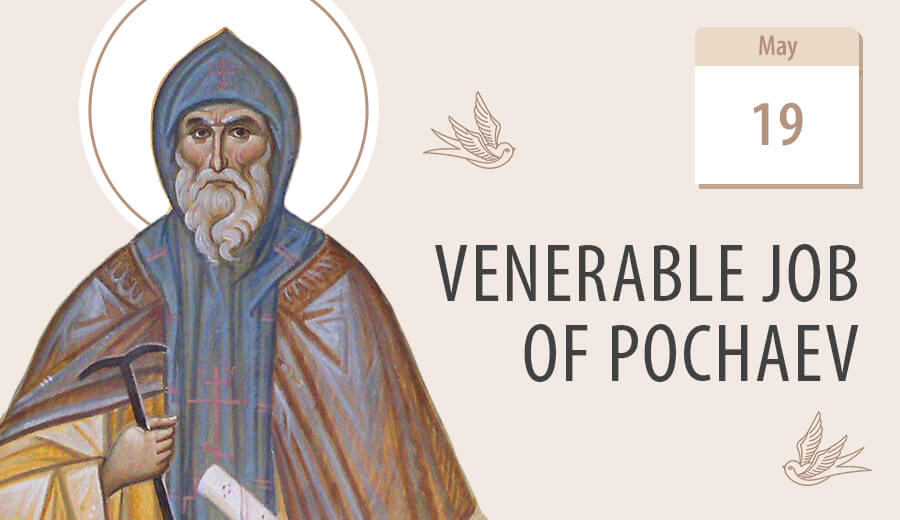 He is a beloved saint among the Orthodox of Ukraine, Russia and Belarus. His name was written in gold in the history of the Pochaev Lavra, one of the most prominent and influential monasteries of Western Ukraine. He is a model of an ascetic and Christian teacher, with multiple disciples across the land. But most of all, we honour him as a defender of the faith.

During his lifetime in the 16th and 17th centuries, Western Ukraine was a part of the Commonwealth of Poland and Lithuania. To solidify control over the land, the Commonwealth rulers were vying to achieve uniformity of the faith among its subjects. As a result of this policy, its Orthodox believers came under strong pressure to convert to Catholicism. For the more steadfast Orthodox, the Church Union of 1596 offered a more insidious option: to keep the Orthodox worship rite but submit to the supremacy of the Pope.

The authorities offered the nobility immense privileges and prospects of advancement for converting, while the most steadfast in the faith suffered deprivation. The Orthodox clergy were under similar pressure. Many noblemen and clergy were abandoning their faith for the promised privileges. As a contemporary of Saint Job wrote,

"There are no pious princes, noble dignitaries have disappeared, everyone has left from Eastern Orthodoxy to the West, and one can hardly find a man among the poor and inglorious who have remained pious in the Orthodox Faith."

Saint Job considered his ultimate task to empower the Orthodox to keep the faith and not abandon it. Even his family name, Zhelezo (meaning iron) spoke of his great calling. He was born in 1551 to a family of devout Orthodox in the Carpathian Mountains of present-day Ukraine. At twelve years of age, he left his family and took tonsure as a monk with the name Job. After two decades of exemplary monastic life, he received priestly ordination. A Western Ukrainian Orthodox nobleman, Konstantin Ostrogsky befriended him and requested his transfer to the Monastery of the Exaltation of the Holy Cross, where Job became Hegumen and wrote his theological books and sermons. At fifty, he became the Hegumen of the Pochaev Lavra.

At Pochaev Monastery, he served the Church and the Orthodox people with his fiery preaching, but also by directing the monastery's extensive publishing activity. Book publishing was essential in upholding the rules of worship at churches and the prayer practices of the faithful. The monastery published liturgical literature, prayer books, and also pamphlets and epistles, to guard the Orthodox against the temptations of heresy and apostasy. The importance of Pochaev as an Orthodox publisher increased, as all the other Orthodox centres of book printing in Western Ukraine were closing down.

At Pochaev, Saint Job provided an outstanding example of Christian asceticism and brotherly love. He engaged in long hours of physically demanding labour and worked incessantly for the welfare of his brethren. As his disciple, Docipheus wrote,

“By day he exercised himself with constant handiwork, such as the planting and grafting of trees, the tending of orchards, the building of ponds, and afterwards, at night, the favourite of God would give himself over wholly unto the Lord.”

His righteous living earned him universal respect and drew a large following of disciples. He fell asleep in the Lord in 1651, living to over a hundred years of age. His life teaches us, today's Christians, an important lesson. When we meet an unbeliever, we all pray that they will see light. But we must also have a deep knowledge of the tenets of our faith and hold on to them with firmness to avoid the temptation of apostasy and heresy.