Translation of the relics of John Chrysostom

Saint John Chrysostom, revealing to us the heights of humility 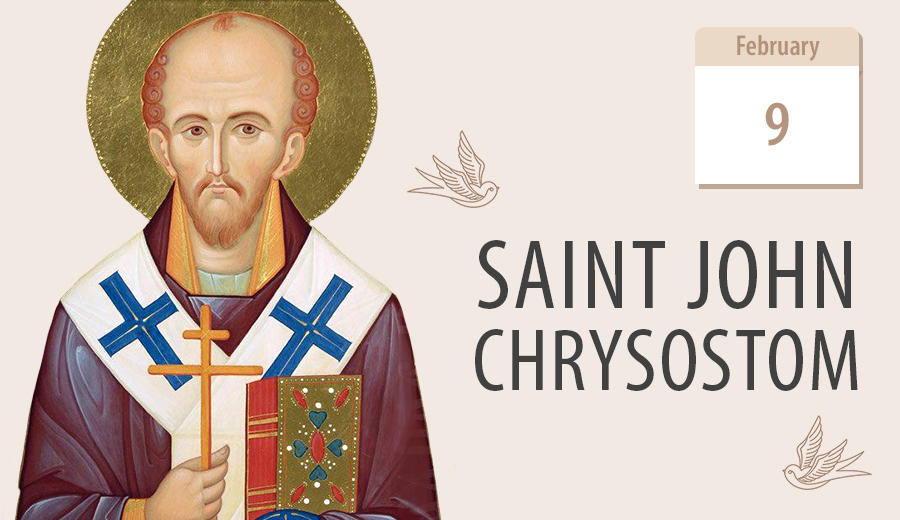 Saint John Chrysostom is venerated in the Orthodox Church as a ‘shining beacon’ whose words ‘illuminated the Universe’. He was named Chrysostom (or Gold-mouthed) in tribute to his eloquence. He is remembered as a beloved cleric, a generous philanthropist, a noted ascetic, and the teacher of the faithful who wrote multiple homilies on the Gospels, and discourses on matters of religious and public life.

In his homilies and discourses, he emphasized a straightforward and practical interpretation of biblical text over the more allegorical tradition of the time. This gave his speeches eminent moral and social sounding, and a focus on the proper moral choices of a Christian in his worldly life. He opposed the abuse by the rich of their wealth, and had a great following among the people, but also attracted considerable opposition from the higher ranking Byzantines and eventually had to suffer many years of persecution and death in exile.

He began his priestly service in Antioch, and in 397 he was called to become the bishop of Constantinople. He was unwilling to take the position because it entitled him to privileges that exceeded those of the highest officials of the state. After taking his post, he refused to benefit from them and insisted that the rest of the clergy do the same, which earned him much opposition. His criticism of the low morals among Constantinople’s wealthy irked the rich and powerful, including the emperor’s family, and resulted in his exile to the east of Byzantine. When he left, a thunderstorm fell on the city, and the frightened emperor asked him back. Yet, when the emperor’s wife erected a golden statue of herself and had a lavish ceremony to dedicate it, John Chrysostom criticized her immodesty in a sermon. He was exiled again to the border with Armenia, and then to a more remote place. He died on his way there. His last words were "Glory be to God for all things."

His relics were returned to Constantinople more than 30 years after his death. According to tradition, no one could lift his reliquary to carry it to a boat until the heirs to the emperor who exiled him prayed before his relics for the forgiveness of the sins of their parents. The Russian Orthodox Church commemorates this event on the feast day of the transfer of the relics of John Chrysostom on 9 February.