Saint Theodosius of the Far Caves of Kiev, a model of asceticism’

Saint Theodosius, a father of monasticism in Russia 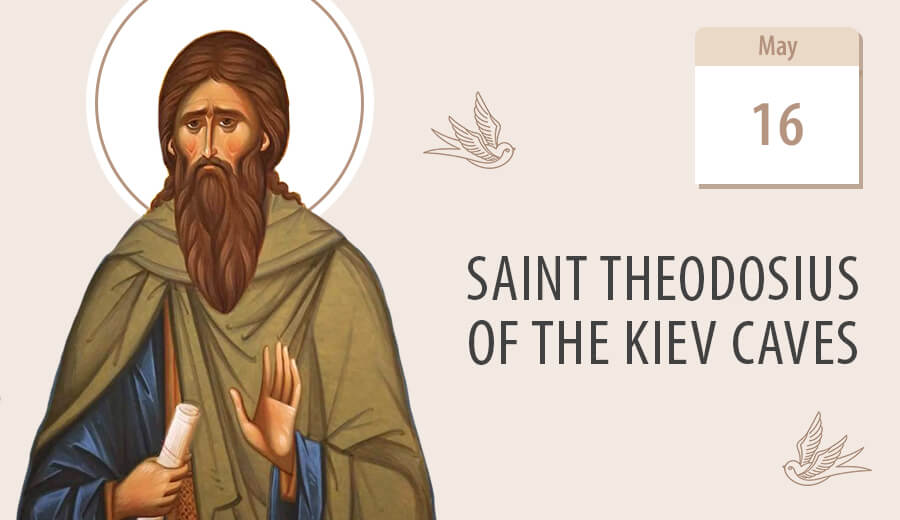 The venerable Theodosius lived in the eleventh century, shining among the saints of the Russian church as a father of monasticism in Russia, a model of ascetic living, and a religious writer, whose prayer for all Christians is still remembered and said in our time. His disciple Saint Nestor the Chronicler wrote his life thirty years after his death, which became favourite reading for many generations of Christians.

From his childhood, he was drawn to an ascetic life. He was not interested in games but asked his parents to let him read the holy books, impressing everyone with his ability to learn and the depth of his reflections on the readings. At twenty-four, he left his parental home and took tonsure as a monk secretly from his mother. When she found him and pleaded with him in tears to go back, he convinced her to take tonsure and join a monastery.

As a monk, he ascetised more than his brethren, taking on the hardest work, coming to church and staying there longer than others until the services ended. The word about his ascetic pursuits was spreading, and in 1054 he received ordination as a hieromonk. Three years later, the brethren of the far caves monastery in Kiev chose him as their hegumen.

As hegumen, he adopted the strict cenobitic rule of Constantinople’s Studion Monastery and continued to serve as a role model for the monks. He ate nothing but bread and green plants which he cooked without oil. He prayed all night, with only short breaks for resting. He lived in a cave without a bed or even a mat, taking short naps while seated. He entrusted his life and the life of his monastery to God’s providence. He never stocked up on food, but invariably, a benefactor would donate just enough food to last the brethren for the day.

A prominent part of his monastic rule was almsgiving and care for the poor. A courtyard was built under his direction to give food to the hungry.

His righteousness and asceticism made him known beyond the walls of his monastery. The princes of the Kievan Rus were vying for his company and attention, and especially the Great Prince of Kiev liked to hear his spiritual discourses. Yet he never let himself fall into the temptation of fame. When rulers misbehaved, he was never afraid to criticize them, and he always advocated for those unfairly condemned. Once, as he was returning to the monastery from his visit to the Great Prince, a coachman who was driving him offered him to take his seat and drive the horses for him because he was a monk and monks were on holiday all their lives while he was working. Saint Theodosius obeyed. But seeing the people they met on the road salute Saint Theodosius, the coachman realized that he was a dignitary and trembled with fear. But Saint Theodosius invited him to the monastery and had dinner with him.

Saint Theodosus fell asleep in the Lord in 1074. He was buried in a cave that he had dug for himself. Saint Theodosius was glorified in 1108 when his relics were found incorrupt.