Why Did the Church Glorify Boris and Gleb as Passion Bearers?

Boris and Gleb, Passion-Bearers of the Russian Church 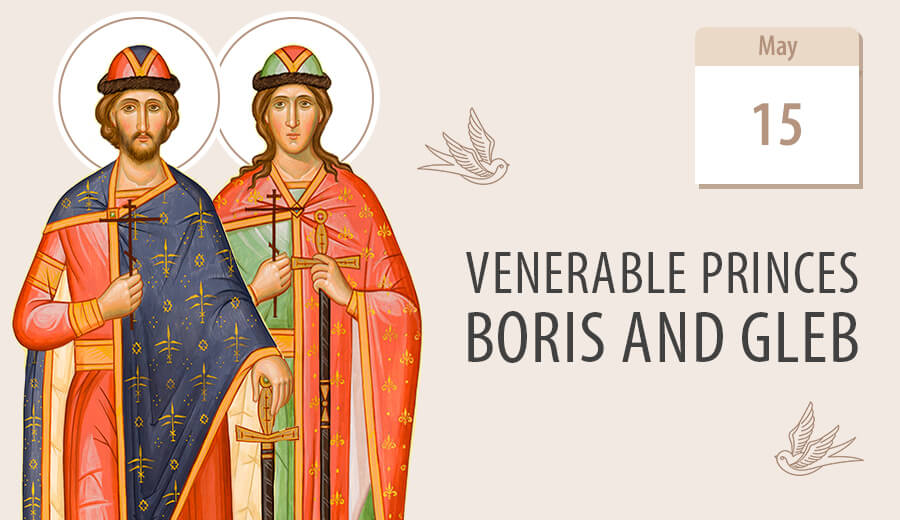 On 15 May, we commemorate at our churches the venerable princes Boris and Gleb, slain in 1015. They were the first saints of the Russian saints. An ancient chronicler thus describes the nature of their exploit: "They allowed themselves to be murdered by their older brother Svyatopolk vying for the princely throne. They suffered, but did not lay their hand on their brother, earning themselves the crown of eternal glory." They died but did not take upon themselves an act of fratricide. They acted with remarkable humility and obedience to their father, Great Prince Vladimir, from whom their older brother Svyatopolk inherited the throne.

Indirectly, they obeyed the commandment of our Lord: “Honour your father and your mother” (Exodus 20, 12). Shortly before his martyrdom, Boris said: "I will not raise my hand to my older brother: my father is dead, so I will honour him as my father." He continues: "If he, my brother Svyatopolk sheds my blood and dares to slay me, so I will be a martyr before my Lord. I will not resist, for the Lord says: “God opposes the proud but shows favour to the humble.” (1 Peter 5:5). Boris and his brother Gleb did not shed the blood of their older brother for the sake of worldly glory, power or other finite gains. They both likened themselves to Christ, emulating His meekness and humility, and earned glory in heaven. They chose not to hold on to their life on this earth at any cost, but to live in eternity, and become an example for Christians of all generations.

Passion-bearers are righteous Christians who faced their death in a Christ-like manner. Saint Andrey Bogolubsky, Prince Mikhail of Tver and Tsarevich Dmitry of Uglich are some other notable examples of Russian passion-bearers. The last Russian Tsar Nicholas II was also glorified by the Russian Church as a passion bearer. Their virtue was not in dying without guilt, but in facing their killers with dignity, serenity and calm, and submitting themselves unreservedly to God's Holy and Righteous will. They died as Christ did on the Cross. He had all the means to stop his execution, but He took death from His killers.

God's truth and His eternal justice do not rule out the use of force on earth. When Yaroslav - later named the wise and glorified by the Church - went to war with the murderous Svyatopolk to bring him his rightful retribution, he was also obeying the will of God. He received glory in heaven for doing so. God wills some to become passion-bearers, but it is not His will that evil would reign in our world. Evil-doers must know that they may begin to pay for their deeds in this life, even before they are condemned to eternal torment in hell.