The Monks Met Their Attackers Unarmed and Died as Martyrs 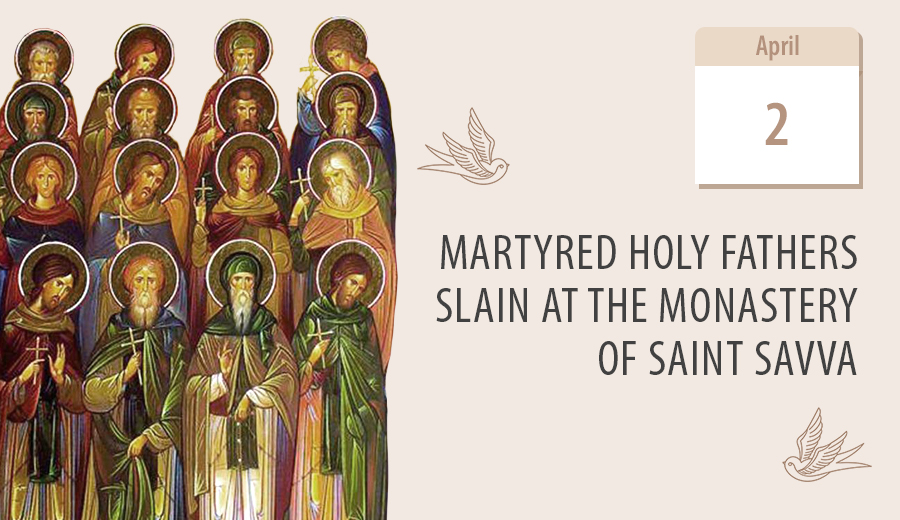 The Monastery of St Sabbas, active to this day, is located in the Jerusalem area. Throughout its history, it has suffered from the attacks of armed raiders. In 610, a large band of the Saracens descended on the monastery of Saint Sabbas the Sanctified twice with the interval of one week.

In the first assault, they killed thirteen monks and wounded many more, but did not complete the raid, mistaking a large group of monks at a distance for an army from Jerusalem. A week later, a larger group of the Saracens attacked. The monks considered escaping, but their Hegumen said, “We have fled from the world into this wilderness for the love of Christ; it would be shameful for us now to flee from the wilderness for fear of men. If we are killed here, we shall be killed through love for Christ, for whose sake we have come here to live.”

The monks waited for their attackers unarmed. The Saracens killed all the monks, making them martyrs for Christ. Later, their brethren who were outside the monastery during the raid returned and buried their bodies with dignity. Their killers also received justice from God: all died from a sudden illness.