The unique challenges to being a Christian at our time

A Christian's long and arduous journey to salvation 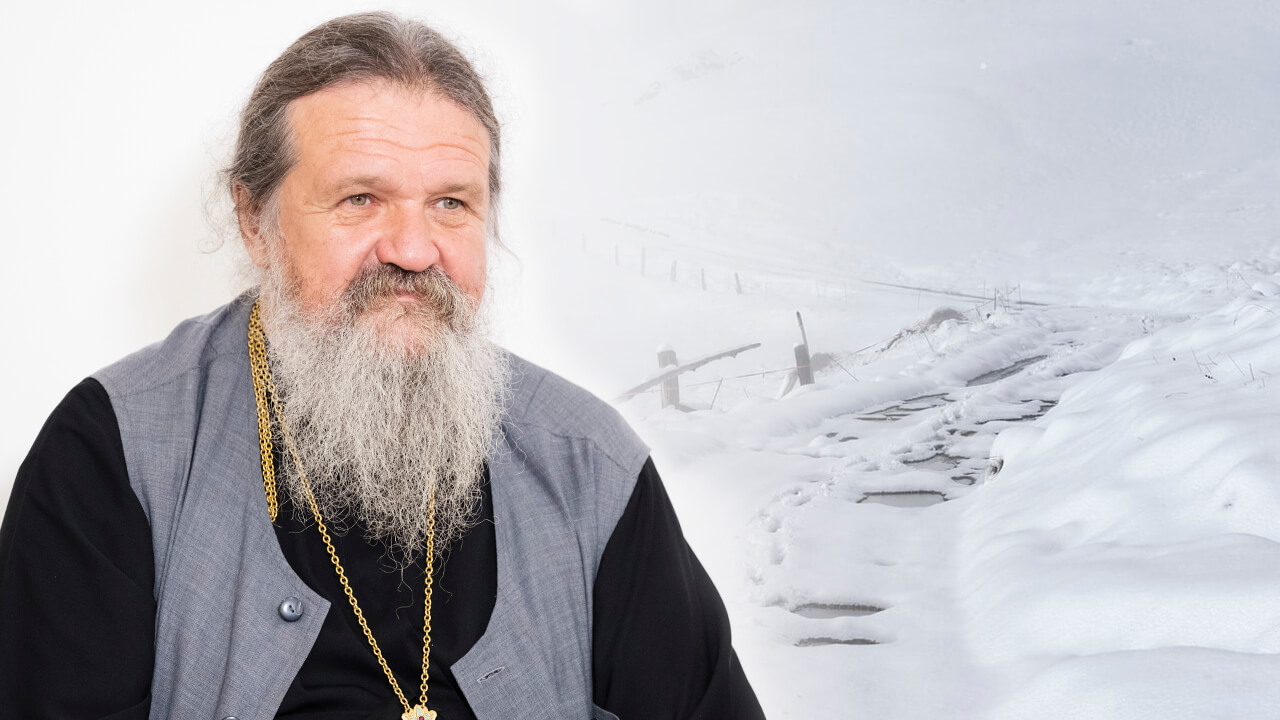 Inevitably, we are all going to ask ourselves some difficult questions about our lives. What am I living for? What do I value the most? Do I put the comforts of the flesh and my selfish desires above all else? How much God's love do I have in my heart? Do I know humility, and do I have enough of it to enter the Kingdom of Heaven?

Confronting ourselves with these questions is a sobering experience. It makes us realise our inability to know what is good and what is bad for us and makes us want to know God's will. The truth is that God's will is seldom identical to our immediate wishes and desires.

To me, a Christian is someone who is daring enough to confront his nature and who cannot see his life without Christ. There are two conflicting natures within us - the sensuous and the spiritual one. We are more inclined to go with our sensuous nature, but not the spiritual part. Living by the flesh is effortless, and hence more attractive; however, living by the spirit is a struggle, as there are a lot of constraints to accept, and many things that we have to compel ourselves to do.

There is no way we can succeed by ourselves unless we let God help through His sacraments of the Confession and the Communion. Partaking in these sacraments opens our eyes to the role of the Church in our salvation; we begin to see it as a cradle in which the new man is born in great pain. The closer we are to God, the greater our awareness of our infirmity. Yet this awareness does not give us cause for despair, but instead, it reassures us of God's infinite love for us - for His power is made perfect in weakness.

You became an Orthodox Christian in the Soviet times when going to Church came with costs and loss of privileges. Today, one may practise faith freely with no fear of repercussions. Do you think that being a Christian nowadays is more or less trying than in the past?

Each historical period has its distinctions, but being a Christian is hard at any time. When I came to Church, it was under a lot of pressure. Many churches were being closed, and people were barred from going there. Memories were still fresh of the time when the clergy and believers were being persecuted and martyred.

However, in other respects, the Church was in an easier situation. Its enemies were fully visible, as were its friends. It was easy to tell a hostile atheist from a devout believer. There were very few opportunists, if at all. Coming to Church was fraught with much adversity, but once there, the people were willing to give, not take from it. When it was allowed to rebuild the church buildings, people worked with great enthusiasm and burning hearts. They would come at night and volunteer for many hours.

When the Communist order began to disintegrate, everyone was told at some point: "Now you can go to Church as much as you please". Masses of people came. Today, many say they believe, they come to church and hold candles; yet there is no way you can tell a genuine believer from a fake one. 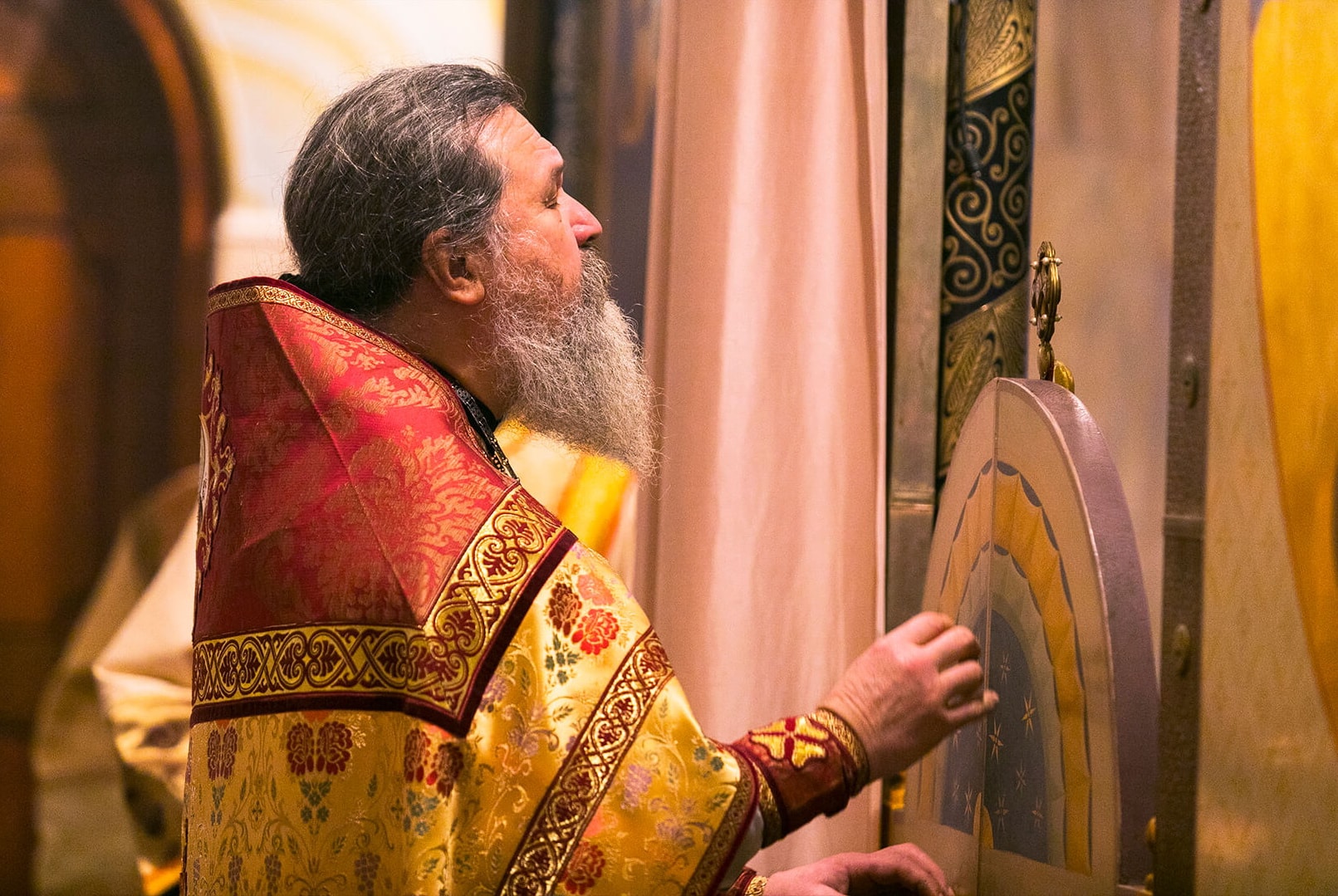 Today, coming to church and working there tends to be seen more as a distinction meriting a worldly reward than as unmercenary service to God and the people. When the Convent of Saint Elisabeth began to be built, people were asking, "how much am I going to be paid for my help?" Many of the new converts joined the clergy. It is extremely saddening sometimes to watch some people at Church seeking our a comfortable position, and saying to others, "I do not have a hard job - they kiss my hand, I just instruct them and give advice". It is equally shocking to hear others say, as a compliment of sorts: "He is a priest, and he does believe in God!"

All I am saying is that being a Christian at any time means dealing with great temptations and overcoming hardships. For me, one of the greatest hardships was to keep the gift of the Grace of God and of having complete trust in Him that He had bestowed on me at baptism. When grace diminished, I became judgemental and rebellious and saw hypocrisy everywhere. Great grief and strife came in place of my great joy.

The storm lasted for seven or eight years. I was on the brink of leaving the Church altogether, but I was too afraid. I had seen examples of other people who left and died in their spirit. I tried hard, but it must have been God Himself who kept me from leaving. The prayers of father Nikolai Guryanov were a great help. He was the image of an exemplary Christian. He irradiated God's love and His beauty and saved many people around him. In the end, my inner struggle made me stronger than before. It gave me freedom - not the freedom to do what I liked, but the inner freedom that empowered me to reject sin and my immediate desires. It made me understand one thing: we have proud natures, but we cannot remain with God unless we have humility. Without humility, we have little to look forward to by a life of rebellion, disappointment and despair.

How would you explain the meaning and purpose of your service at Church as a priest?

A priest is a channel between God and man. He is someone who dedicates his life to the service of God and people. In this way, being a priest is a great ascetic deed and a heavy cross. But it is also a great blessing. God is guiding us; he gives us a field in which we work, and bear responsibility for our performance and other people, to see where we are slackening down and improve ourselves. God knows the measure of our capabilities and gives us encouragement and comfort. He comforts and reinvigorates us when we feel too exhausted or too short of energy to move on. I doubt if it would have been possible for us to stay sane and sound without such intercession. 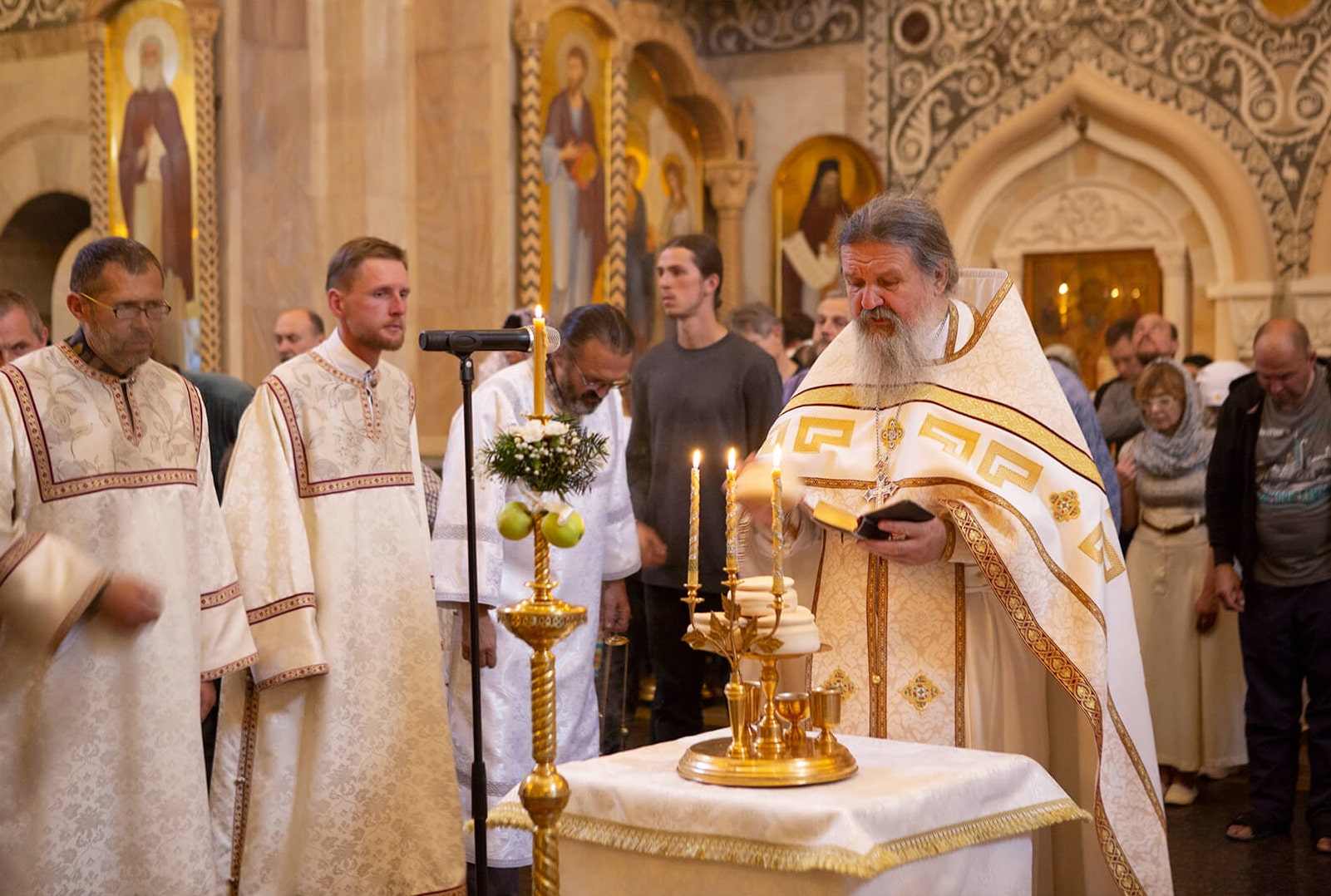 I have met other priests in my life who have become my models. They were people of great calibre who had had their share of sorrows and hardships. Their faith was grounded in their lives and the examples of others whom they knew personally. This kind of faith is usually deeper and stronger than the faith that stems only from knowledge and reason, as is common in some younger priests and new converts.

Many of our readers have found God, others are still looking. How might we all grow in God? What will be your final advice to our readers?

At an era of almost exclusive attention to material comfort and wealth, finding God and staying with Him is enormously difficult. His way is a narrow one. It is a way of the cross. On this way, we will encounter sorrows, but ultimately they will serve our salvation, for God loves and provides for all of us.

When I came to work as a guard at the main church in Minsk, my father worked as a lecturer at the Higher Party School and was a doctor of sciences. He had to look for another job because I was at church. His work mattered a lot for him, and he was hurt.

After many years, things changed. My mother came to the church while I was on duty there and she accepted baptism. Sometime later, my father followed her example. My parents reached the end of their lives with deep faith in God. My father had a terminal illness. He knew that he was dying, and he was taking communion. I asked him if he was doing it for me. "No, he replied, it is my conscious choice." Hearing this was very important. At the end of our worldly lives, the devil will surely come to say to us: "You are dying, there is no God. This is the end." At this time, we will need our faith to respond to him in confidence: "You are wrong. God loves me, and I trust that He will not surrender me to you." We will only be able to say so if we had experienced God, and been victorious in our inner struggle to remain with Him. We should all remember this. 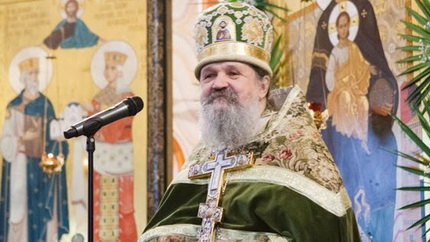 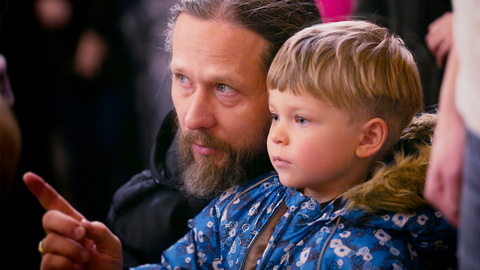 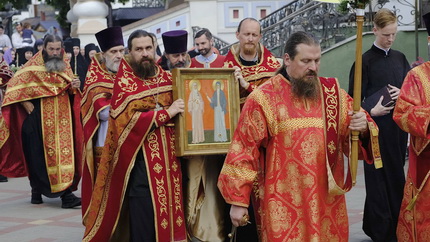 How can we love God if we don’t love even ourselves? If we loved ourselves, we would do all the things that we do differently: we would consider the consequences.

Icon: The Window into the Kingdom of Heaven 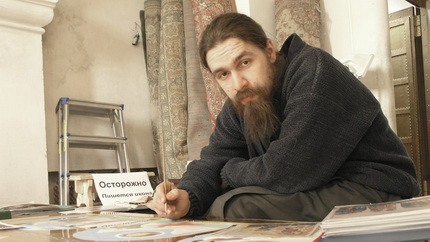 Father Sergius Nezhbort, who is a priest of our Convent and the head of our Icon Painting Studio, is our guest today. We are going to talk with him about how he became an icon painter; how the studio grew and developed.

The summer of change: Taking the decision and acting on it (Part 3)

In the third part of her story of adoption, Matushka Larisa Nezhbort discusses how love and trust are born out of the difficulties of adjustment 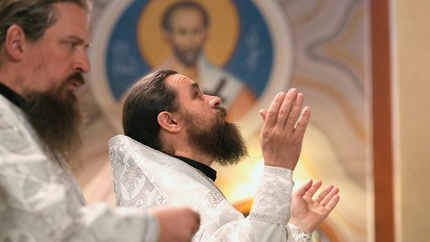 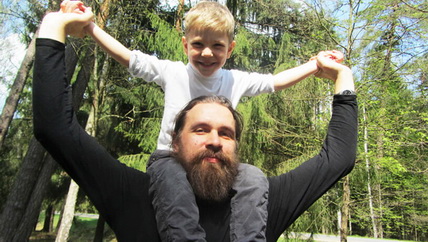 Do people find happiness in their children, and how? The wife of one of our clergy Matushka Larisa Nezhbort shares a moving and exciting story of her family’s decision to adopt two little boys in the fourth part of her adoption story. 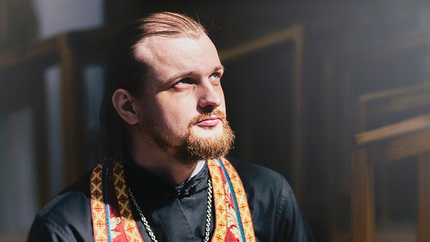 Father Oleg: I never stopped thanking God on my journey to Him 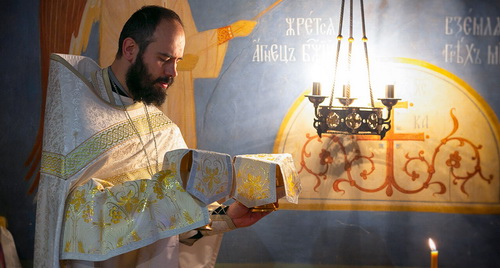 Father Oleg Kovalenko: "Sadly, most people come to God when they are in sorrow. But in my journey to God, I always thanked Him for His gifts to me and my successes."