The Convent is named after the Holy Martyr Elisabeth Romanov, and it draws its inspiration from the good works of Saint Martha and Maria Convent, which she established during her life.

We are a convent that is open to the world and pursues an active social ministry in hospitals and long-term care institutions, in education, among bed-ridden patients, the disadvantaged and the poor.

The history of our Convent does not start from the walls and the buildings. It begins with our ministry among the hospital patients. In the words of our spiritual father Andrey Lemeshonok, we were called to bring comfort to sorrowful hearts and hear their pleas for help. 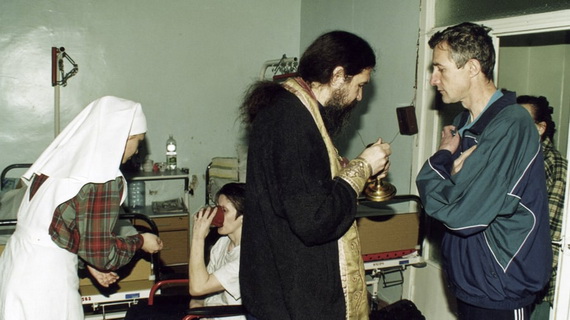 In 1996, Father Andrey Lemeshonok was serving at the Cathedral of St Peter and Paul. He offered a group of women parishioners to join him on his visits to the National Mental Hospital to tell its patients about God, the Holy Sacraments of Confession and the Eucharist.

Many of our first sisters were hospital employees. Sister Kseniya Verbitskaya is a former doctor of the City Hospital No. 2, which we also visited. When we met as a group in April 1996, we decided to establish a sisterhood in honour of the Holy Royal Martyr Elisabeth Romanov.

In December 1996, the Metropolitan Philaret of Minsk and Slutsk ordained our first twenty sisters.

We held our first Moleben at the mental health clinic in April 1996, and less than five months later, we established a small chapel at the clinic in a room designated for hypnotherapy sessions. There, we celebrated our first weekly liturgy at the hospital. 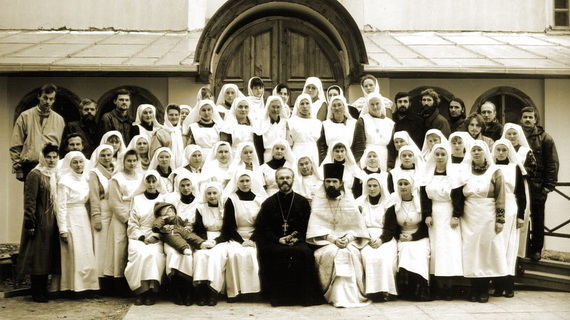 On 6 February 1996, Metropolitan Philaret consecrated the chapel church of Saint Xenia of Saint Petersburg at the long-term care institution for disabled adults and the elderly.

The chapel at the hypnotherapy room is no longer active. Today, the patients attend worship services at the Church of Saint John of Shanghai consecrated in 2019.

Sister Yulia Kostukevich recalls, "Stepping through the gate of the mental clinic was like entering another world. One thing that I realised was that it was not just me who was speaking. The right words were coming to my mind, and they were having a lot of power. It was because Christ was among us. He was the one who entered the ward first, and I was following in His footsteps." 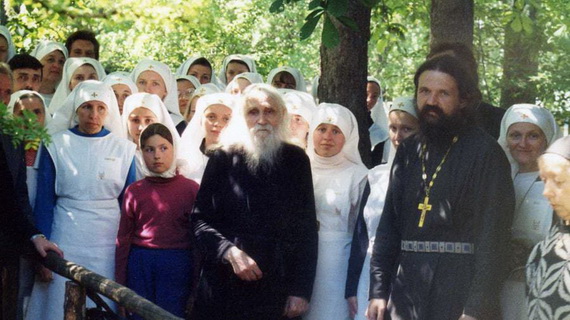 In the summer of 1997, Metropolitan Philaret gave his blessing to build a church near the mental health clinic in Novinki. Yet there was no money to proceed, and many local residents objected. Still, Father Andrey Lemeshonok was not discouraged. At a weekly meeting of the sisterhood, he shared his bold vision: “Yes, my dear sisters. We are going to build churches and a convent."

Sister Yulia recalls, “I was thinking about my job, and about my obediences in two wards. How am I ever going to build a convent? I imagined myself pushing forward a wheelbarrow loaded with cement, and I was sad with disbelief."

To find reassurance, Father Andrey travelled to his confessor elder Nikolay Guryanov in Russia and brought the sisters along. The elder welcomed everyone heartily and talked to every sister. At the end of the meeting, he said: “You will build the churches and the convent, and I will help you with this”. He gave five Russian roubles and added: “This is my first contribution towards building the church”. 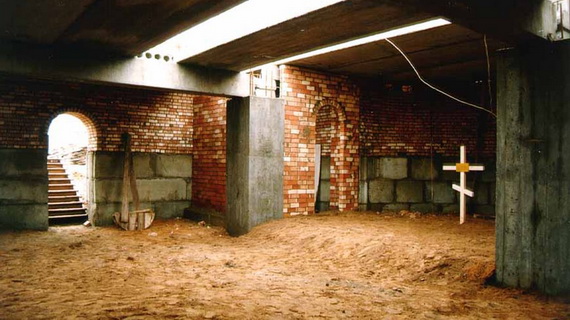 When Father Andrey and the sisters returned, the construction took off. There was no money and little equipment, and most of the builders were former patients of the mental clinic. Yet everyone was dedicated and determined, and there were many helpers.

In December 1997, we laid the foundation of our first church, in honour of Saint Nicholas. Only four months later we celebrated our first Sunday liturgy there. At the time, the walls had many holes, rain was pouring through the roof, and we had to hold an umbrella over the lampstand.

Soon, we had heating, and it became a lot warmer. There was no longer the need for an umbrella, and all the holes were mended.

Eventually, the other churches were completed. The Church of Saint Elisabeth opened in January 2005, and the Church of the Reigning Icon of the Mother of God welcomed worshipers in October 2008.

The people began to flock in, and soon there was not enough room for everyone inside, especially on a feast day. Our congregation was growing in number.

“Even running water was a problem. We were lucky to have many of our laity living nearby, who would let them use their showers and bathrooms,” remembers Sister Yulia.

Everyone stood firm, and nobody left. Not only did these sisters endure, but new ones joined in.

New monastic quarters were built towards the end of March of 2000.

In May 2000, a brotherhood in honour of the Optina Elders, and in 2010 several of its brothers accepted monasticism.

Service to the people

As Father Andrey has said, building churches was not enough; we needed to engage the people in creative cooperation with the Lord.

Our workshops are a powerful tool for such engagement. At present, there are more than forty active workshops, with over 1000 workers.

The sewing workshop was launched in 1998 and made vestments for the lay sisters. The crushed stone and ceramic workshops opened in 1998. The wall painting, icon casing and architectural design workshops were next, followed by many others. 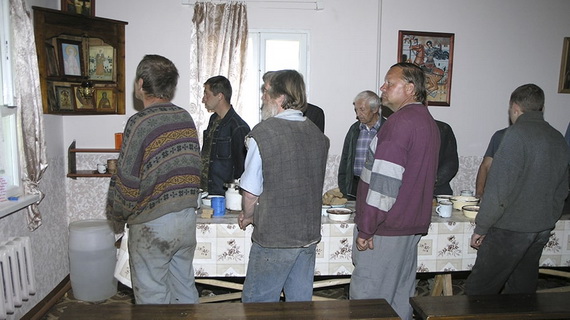 “Through the providence of our Lord, everyone finds a way to put their talents to good use. Most of the people who come are quite remote from the Church. Little by little, they begin to return to its fold and take part in the church sacraments,” explains Nun Euphrosyne, the Convent’s Mother Superior.

In 1999, we acquired 120 hectares of land 30 kilometres outside Minsk to establish a farmstead.

“At that time, I was doing my obediences at the mental hospital in a ward for drug users. Many had no place to go when they were discharged. Thus the farmstead became a shelter for the recovering drug users, and eventually for released prisoners, the homeless and other vulnerable people,” says Sister Yulia.

A year later, the farmstead welcomed its first residents. A similar farmstead for women opened in 2011.

The history of the sisterhood, its churches and monastics teach us one important lesson: the Lord has the power to create good things out of nothing; He can defy our understanding of our possibilities and capabilities in our lives. With Him, the impossible becomes possible. The creation of this Convent is yet another proof of this truth. Fr Nikolai Guryanov takes a special place in the history of our Convent: Fr Andrei Lemeshonok received his blessing to build the Convent. On the anniversary of his departure to God, we remember his life and ministry on a remote island.