Church in honour of St Nectarios of Aegina Minsk

The Church of Saint Nectarios of Aegina is a small wooden temple located on the premises of the long-term care institution for children with mental disabilities. The Church was completed in 2010, and the first liturgy was celebrated on its feast day on 22 November that year. Since then, it has provided to the children and the staff at the facility an opportunity to partake in the sacraments and the weekly liturgies and has played a special role in the Convent’s ministry at the institution.

The patron saint for the church is considered the intercessor for people with severe chronic conditions and also as a model of unquestioning faith in the Kingdom of God. As an adolescent, Saint Nektarios travelled to Constantinople to get a religious education. Having no means to support himself, and earning barely enough for a living, he wrote a letter addressed to Our Lord Jesus Christ asking Him for His help in following his dream. The Lord helped through the people who were complete strangers to Nectarios.

The Church is also a focal point for the social activities organized by the Convent in collaboration with the administration of the care home. These include sightseeing visits, social events and numerous activity clubs, such as an animation studio, theatrical studio, painting and visual arts classes.

Actor Alexander Zhdanovich leads the theatrical studio in which some of the disabled children from the care home are participating. He says:

“There is actually a lot that we can learn from the children here. They have pure and unquestioning faith in God and His kingdom. They are benevolent and responsive to kindness and generosity. I am proud to have some of them among my friends.” 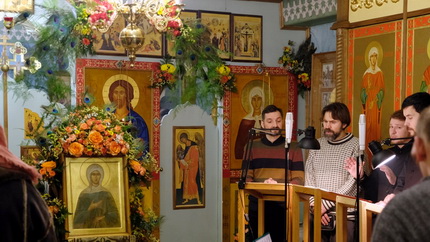 The feat of the patron saints of this church reminds us of the three Christian virtues that we would like to cultivate in the children who attend Sunday school. 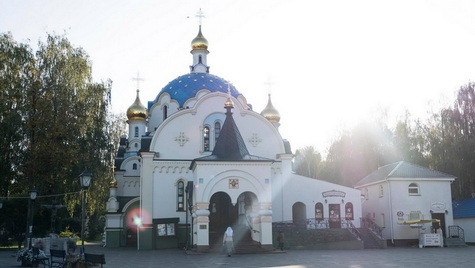 At this church, all festive services and the Sacrament of Matrimony are celebrated.

A church in honour of St Nicholas has an icon with a particle of his relics which is one of the most precious objects in Convent.