Church in Honor of the Holy Royal Martyrs 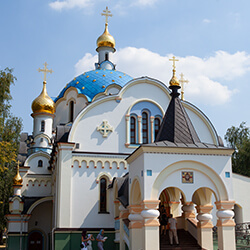 Patronal feast. March 15, New Style Video from the patronal feast in honor of the Reigning icon of the Mother of God on March 15, 2010 >>
The church was consecrated on October 18, 2008. All major festive and Sunday services are celebrated here. Weekly prayers are served in the Church of the Reigning Icon with akathists before the icon of the Mother of God "the Most-Holy Queen of All" and the icon of Sts. Peter and Fevronia.
The Consecration of the "Reigning" Church film trailer. Visit of His Holiness Patriarch Alexy II of Moscow and All Russia to the St. Elisabeth Convent.

Inside the church, there are icons with particles of the holy relics of saints.
3D 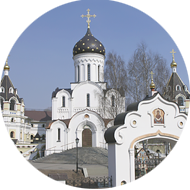 Patronal feast. July 18, New Style Feast of our Heavenly Patron (2011) >>
The church was consecrated on January 2, 2005. St Elisabeth Church is mainly used for everyday services, as well as the second or third liturgies on Sundays.


Inside the church, there are icons with particles of the holy relics of saints. 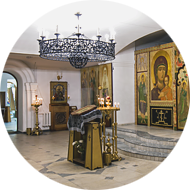 Crypt Church in Honor of Saint Nicholas the Wonderworker

Patronal feast. May 22 and December 19, New Style
The church was consecrated on January 10, 1999. Divine services are held here several times a week, with akathist reading before the icons of the Mother of God "The Inexhaustible Chalice" and St. Nicholas the Wonderworker. Psalms are prayed continuously at St. Nicholas church, following the ancient tradition known as the "Sleepless Psalter".

Inside the church, there are icons with particles of the holy relics of saints. 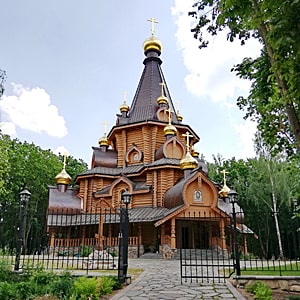 Church in Honor of St. John of Shanghai and San Francisco

Patronal feast. July 2, New Style
The church was built on the territory of the National Mental Health Center and consecrated on June 2, 2019.


Inside the church, there are icons with particles of the holy relics of saints. 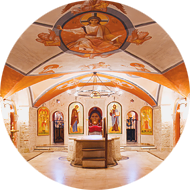 Church in Honor of the Holy Royal Martyrs

Patronal feast. July 17, New Style The first Divine Liturgy has been celebrated at the church in honor of the Royal Passion-Bearers (2011) >>
The church was consecrated on October 13, 2012. Everyday services are held here once a week, besides the church's patronal feast. In the middle of the church, there is a baptistery.

Patronal feast. May 18, New Style
The church on the Convent farm in the village of Lysaya Gora, Minsk region, was consecrated on January 3, 2010. The Liturgy is celebrated here twice a week. Other services include the akathist in front of the icon of the Inexhaustible Chalice icon and the Psalter read continuously 24 hours a day. All-night vigil is served on Saturdays. 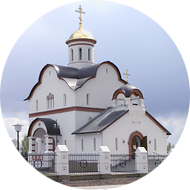 Church in Honor of the Resurrection of the Righteous Lazarus

Patronal feast. Lazarus Saturday
The church was consecrated on May 10, 2005. It is located at the Northern Cemetery in Minsk. The Divine Liturgy and with memorial service is celebrated in this church On Saturdays, as well as on days of special commemoration of the departed and on the patronal feast day. 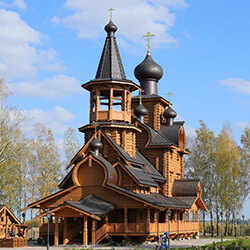 Church in the Name of St. Sergius of Radonezh

Patronal feast. October 8, New Style
The church located on the Convent farm near the village of Nelidovichi is still under construction. The Divine Liturgy is celebrated here once a week. 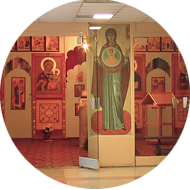 House Church in Honor of the Holy Blessed Xenia of St. Petersburg

Patronal feast. February 6, New Style
The church was consecrated on February 6, 1998. It is located on the territory of residential care facility No. 3 for the elderly and the disabled in Minsk. The Divine Liturgy is celebrated weekly in the church, as well as the Akathist to St. Xenia of St. Petersburg. 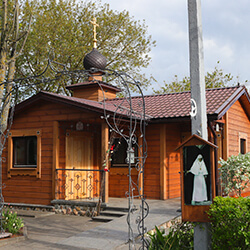 Church in the Name of St. Nectarios of Aegina

Patronal feast. November 22, New Style
The church is located on the territory of a boarding school for mentally and physically disabled children with special needs. Once a week, the Divine Liturgy is celebrated here with the akathist to St. Nektarios of Aegina. 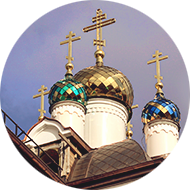 House Church of the Martyrs Faith, Hope, Love and Their Mother Sophia

Patronal feast. September 30, New Style
The church is located in the building of the St Elisabeth Convent Sunday school. The Divine Liturgy is served twice a week. 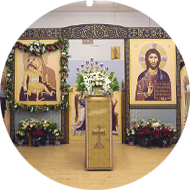 Patronal feast. November 25, New Style
Church in honor of the "Merciful” Icon of the Mother of God

The church was consecrated on October 13, 2012. Everyday services are held here once a week, besides the church's patronal feast. In the middle of the church, there is a baptistery. 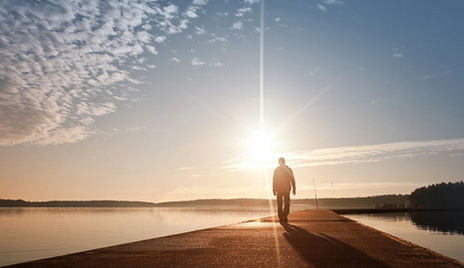 We connect to God by praying

Time flies. It is ticking away - week after week, month after month, year after year. The longer we live, and the faster it flows, the closer it brings us to the end of our earthly lives. Wise men will use this time prudently for their greatest… Journey of the Children's Choir

The Children's Choir of St. Elisabeth Convent in Minsk was founded in October 2015. Although the children chose St. Sergius of Radonezh as their patron saint seven years ago, it took a long time before they were able to visit his relics. 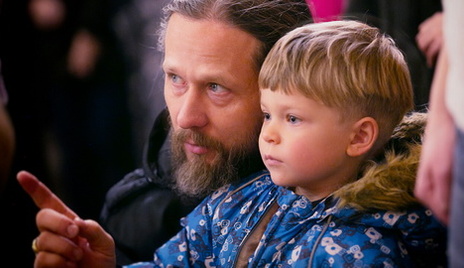 The Church records the life stories of the saints to encourage us and set an example for us. The stories about martyrs whose arms were cut off one by one read as though it was easy and painless. 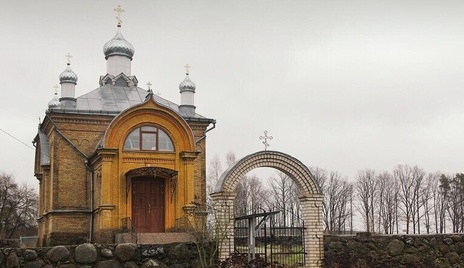 Putting our faith to the test

We are all connected. Moreover, we are in the same boat, we all have the same helmsman who is setting the course, and we will get to our destination safely if we all stay on board. We do not exist solely to achieve some worldly goals; we live to please God! It means to be His servants, to do His will; to wish and act in the same way as He would. Sermon by priest Valery Zakharov. The Feast of the Circumcision of Jesus Christ The Church Calendar, Our Roadmap to the Kingdom of the Lord

The calendar of the Church humbles our proud minds. It returns us to the truth of God the Creator of all things, including time, and thus its rightful master. Welcoming the birth of Christ in our hearts

The Lord became flesh to defeat death and sin, but He also came to restore true worship of Him. He worked miracles to bring it home to all the people that He was the true Son of God.