What We Celebrate on December 10

The Sisters of Saint Elisabeth Convent have now entered the Christmas season with the Nativity Fast. They are also preparing for some joyous December feast days, such as December 10th which is a very special day for the Convent for three reasons:

The church in honor of St Nicholas the Wonderworker

The Convent was allocated a plot of land in Minsk by the local administration on the premises of the National Psychiatric Clinic, in which our sisters of mercy were and still are conducting their ministries. That plot of land became the place where the foundation of the new church was laid on, because of its perfect location right by the hospital. 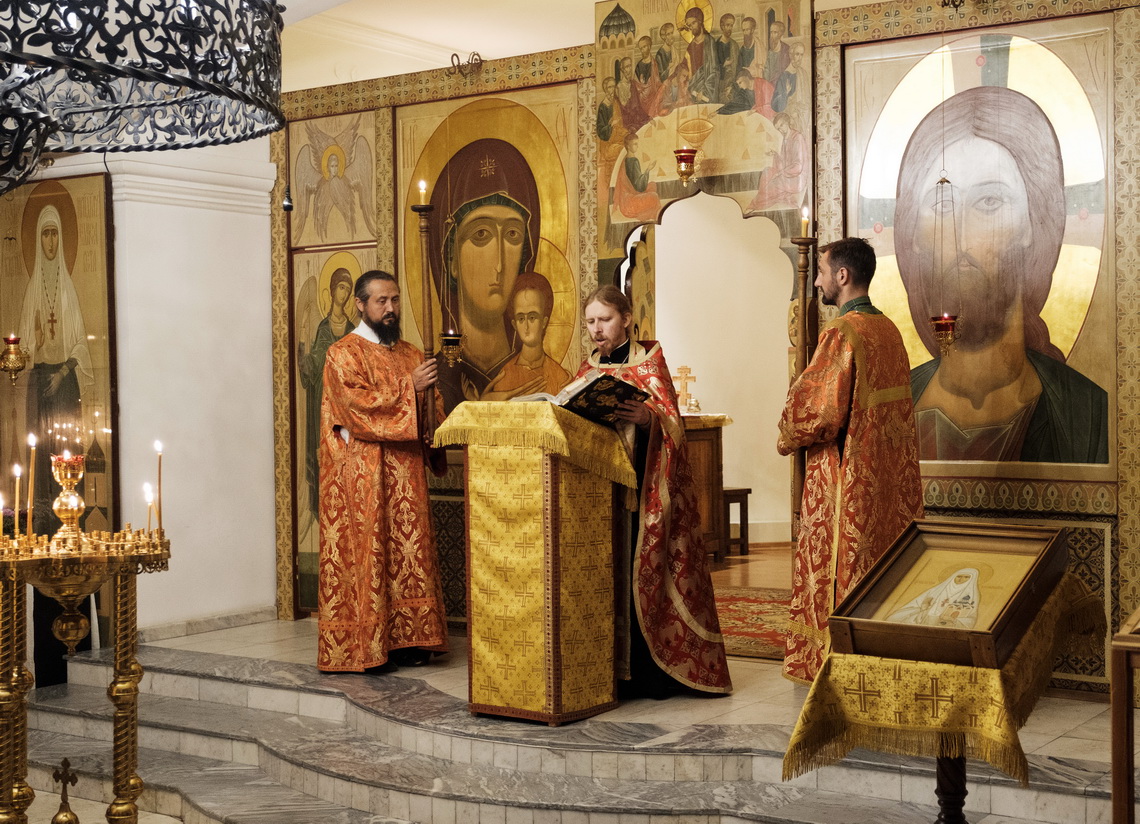 The church in honor of St Nicholas the Wonderworker

The patients of the psychiatric clinic, as well as everyone willing to donate their time and effort to the godly cause, contributed much to building the church and our Convent in general. The church was consecrated on December 10, 1999, exactly one year after its construction began.

The interior of the church, in honor of Nicholas the Wonderworker, was built following the traditions of the Ancient Russian church architecture. An ancient icon of St Nicholas is one of the most precious and revered objects in the church. This icon has a beautiful silver cover and a particle of St Nicholas’ holy relics inside.

Inside of the church, there are quite a few icons of some Orthodox saints, like Seraphim of Sarov, St Euphrosine of Polotsk and many more. Services like Akathists, Funerals, Vespers and Divine Liturgy take place at the church a few days a week and it is always open for parishioners and visitors of the Convent. 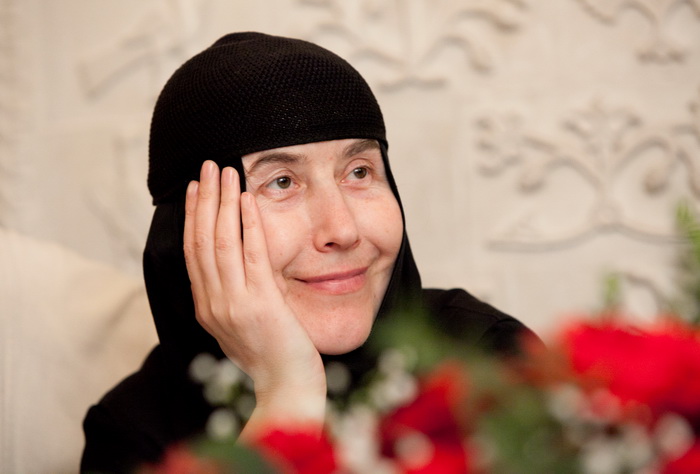 In Orthodoxy there are three monastic ranks, which represent three different degrees of asceticism:

Those who wish to become nuns first become novices. Novices are then tonsured in Rassophore if they decide to continue on with a monastic way of living. It is the first rank and the sisters don’t have to make formal monastic vows at this point.

The Great Schema is the last and the highest rank. Schemanuns make the same monastic vows and wear the analavos - a special piece of monastic vestments with ornate crosses, skull and crossbones and embroidered words of the Trisagion: “Holy God, Holy Mighty, Holy Immortal, have mercy on us”

The icon of the Mother of God called our Lady of the Sign (or Znamenie) is one of the most revered icons of the Theotokos in Russia and all of Orthodoxy. It is a very ancient Christian icon which depicts the Virgin Mary from her waist up with her hands lifted in prayer, as well as the Christ-child in a circle of light.

The russian word Znamenie (Знамение) means ‘a sign’ and most likely refers to the prophecy of Isaiah:

“Therefore the Lord Himself will give you a sign: Behold, the virgin shall conceive and bear a Son, And shall call His name Immanuel” (Isaiah 7:14)

Another explanation of the name might come from a historical event. On November 27 (December 10) 1165, the city of Novgorod was occupied by the forces of Prince Andrew of Bogolyubovo. The citizens were trying to protect the town and brought the Znamenie icon to the city wall. One of the arrows went through the icon. When it happened, the face of the Mother of God turned to the city and shed tears.

The Bishop John of Novgorod saw it and said those words: “O wonder of wonders! How can tears be streaming from dry wood! O Queen! You are giving us a sign that you are entreating your Son that the city be spared.”

Inspired by the sign from the Theotokos herself, the people of Novgorod repelled the attacks of the invaders. To this day, the Russian Orthodox Church celebrates the Feast of the Icon “Znamenie” on December 10th.

The icon is thought to be wonderworking. In fact, one of the most revered saints of the Russian land Seraphim of Sarov got healed from an illness praying before this image of the Theotokos in his childhood. Also, Saint John of Shanghai and San Francisco died in Seattle while kneeling in prayer before the Znamenie icon in 1966.

*P.S. - On this special day for our Abbess Euphrosinia and the whole community send your prayer intentions and we will be happy to pray for you.

** You can order this icon or other products of St Elisabeth Convent by clicking on this link. 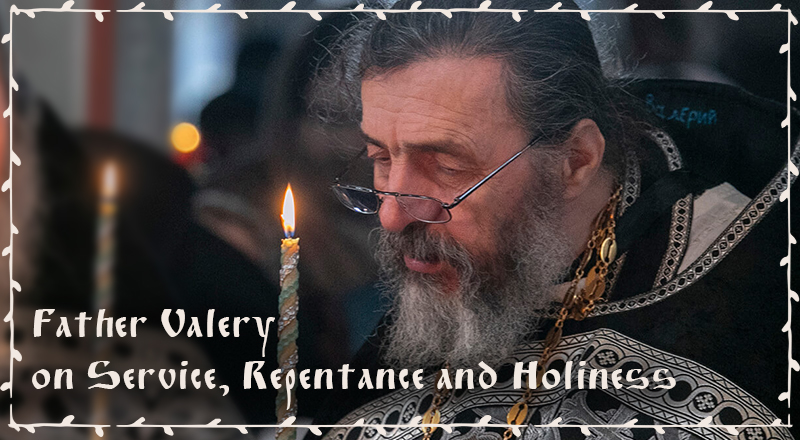 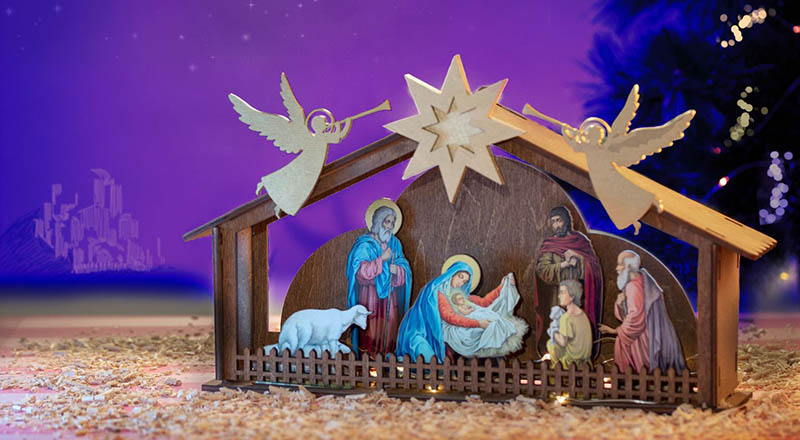 How We Pray For You at Our Convent 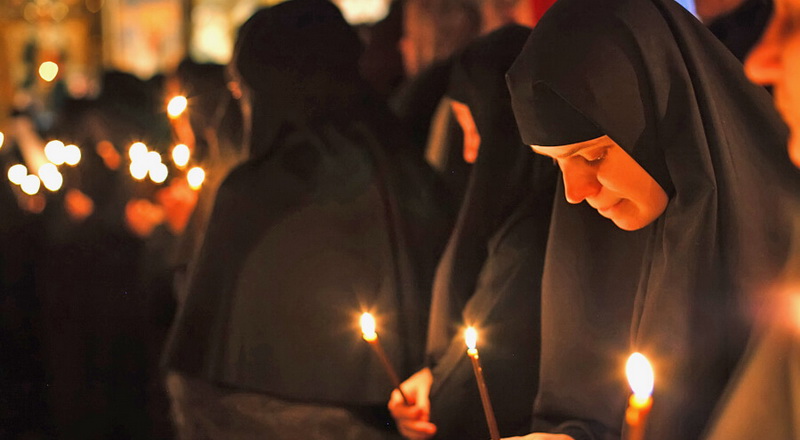 The prayers of the Church come from the love and inspiration of her most merited sons and daughters. In most perfect words they express the profoundness of the Christian prayerful spirit in its manifold forms.